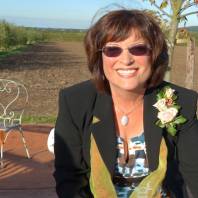 I had the opportunity to catch up with Social Work Professor Barbara Zelter after she escaped the clutches of the Wake County Detention Center due to being arrested for protesting with NAACP (National Association for the Advancement of Colored People) against the terrible policies of the North Carolina Legislature. Barbara teaches social work policy at North Carolina State University, and her class has been following legislation being enacted by North Carolina’s new super majority Republican led state legislature which means they control the majority in the house and senate with a Republican Governor. Here is some of our conversation:

SWH:  Tell us a bit about your background, and what fuels you to fight for vulnerable populations?

Barbara: It seems to me that some people are born with a kind of radar that makes them notice social unfairness.  Even as a child, I noticed things like rich and poor neighborhoods, and I seemed drawn to those living nontraditional lives on the edges.  I grew up in a middle-class family in Rochester, New York, the daughter of a Jewish Dad and Episcopal-turned Catholic Mom.  We had international visitors, and this opened my eyes to various cultures and traditions as enriching and fascinating. Religion was always compelling to me for its mysteries and the social gospel.  In 2008, I returned to hometown of Rochester after 40 years to get a master’s in theology at the seminary across the street from our childhood home. 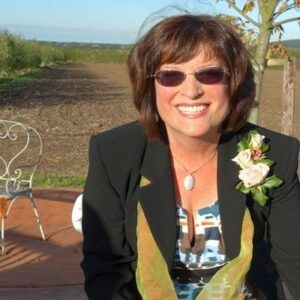 My Masters of Social Work was from the University of North Carolina at Chapel Hill (UNC-CH), in 1991 (I get a degree every 20 years: college 1971, MSW 1991, MA in Theology 2011–we’ll see about 2031).  When starting with the MSW program in 1988 we had three children in elementary school.  Before that, I had been an employment counselor, an editor, a refugee sponsor, a crisis counselor volunteer for Hopeline, and other things.  I went to social work school wanting to be a therapist, like most students.  But graduate school can be wonderfully transformative if we allow it to be.

I was solicited to move into the Administration and Policy track at UNC and never looked back. The next 20 years involved community organizing for health care equity, living wages, campaign finance reform, against the death penalty, in support of families on TANF (Temporary Assistance for Needy Families), etc.  The pay was terrible, but the people doing the organizing inspired me.  A graduate school internship opened my world to the layer of community agitators for social justice all over the state.  I knew I had found a home with them.

Ten years were with the North Carolina Council of Churches; for five of those years, two others–Kathy Putnam (MSW, with the NC Adolescent Pregnancy Prevention Coalition) and Micheline Ridley Malson (my first Social Work MSW teacher and a consultant now)–and I ran a statewide nonprofit called JUBILEE, around welfare reform.  It was a project of the NC Council of Churches and emphasized getting the voices of the families in the welfare system into the new welfare reform plans, and also involving trained teams in religious congregations to partner with families who would be losing benefits.  We had a third area of work, called Public Samaritan, that spoke for economic justice–jobs that paid enough, health care for all, etc.  We believed that you must combine community support with policy advocacy.

After that, I worked with the Council from 2003-2007 as their statewide organizer around peace and economic justice.  Then came seminary–I finished there in December of 2010 not wanting to be ordained and having exactly zero clue what might be next. I landed unexpectedly at NC State, opening field internships in advocacy organizations and then teaching.  It was a close friend from my MSW program, Dr. Jodi K. Hall, now the Field Director at the Department of Social Work at North Carolina State University (NCSU), who invited me to come to NCSU.  As she says:  “Don’t burn any bridges!”  You never know which of your classmates, teachers, field people, or others may open a door for you one day.  I am in debt to Dr. Hall; I dearly love working with students at this stage of my life.

SWH: I have heard many social workers say that social work is not political. What is your response to this statement?

Barbara: You know, we are at a time in history that greatly dishonors the proud foundation of social work in the settlement houses. A tradition that blended solidarity with immigrants and the poor emphasized a strong critique of the social systems that neglected whole segments of the population.  We live in a time where the Mary Richmond casework model of professional casework and the subsequent intrapsychic (focus on the psychology of the individual) tradition has almost completely taken over the professional social work field. I have a lot of opinions on this subject!

Serving individuals and families is a great social work task–relieving pain, finding resources, helping people find their ways to health, and community support is the area in which most social work jobs can now be found.  I do not blame students for following the areas where they actually can make a livelihood around caring and empowering people.  This is good work.  However, the alternate path of community organizing, policy focus, and political advocacy simply does not offer the same range of paid job opportunities.  There was more funding for these things a generation ago.

Teaching social policy and social welfare history, I find that students DO care about unfair policies, programs, and systems, but are simply not sure what to do to make a difference in the beyond-agency world of policy and politics. A world clearly driven and controlled by moneyed interests.  As they learn who actually represents them in the government, and which groups are out there to advocate on issues they care about, they DO jump in with fervor.

I think that at this time, it is best to acknowledge that social work jobs are mostly in the personal healing world but to challenge all service providers to always see individual situations in the analytical context of broad sociopolitical structures.  Service-provider social workers should be attuned to ways they can best advocate at the local, state, and national levels for funding, programs, and policies best for the common good.

Some will be called to serve at the next level, direct action, and civil disobedience, in the classic civil rights tradition of nonviolent resistance.  To me, we are at a historical moment that demands far more than polite letters to legislators.  Our bodies must be on the line.  Arrests and jail must be part of our social work advocacy options.

SWH: Social workers have largely been absent from the national conversation on discussing the social safety net that we implement. How did this happen, and what needs to be done to get back into the conversation?

Barbara: Schools of Social Work need to emphasize social justice, political economy, where the dollars come from for programs people like, and our Code of Ethics mandate around civic voice and participation.  I love the fact that NCSU’s Department of Social Work has this clear focus.  Additionally, individual social workers need to simply put in the time it takes to stay connected with local, state, and national advocacy groups that speak out on these social safety net policy issues while they are busy day to day in the trenches.

Unfortunately, we live in a time of debt bondage, just like it was described in biblical times.  Students carry an impossible load of debt, so of course, they think mainly about how to get a job that pays well.  The debt forgiveness movement around student debt is a hopeful sign.  If Wall Street gets a bailout for bad decisions and risky investments for the gain of the few, why does our country not “bail out” students who will be the leaders of our next generation?  When individual social workers are not heavily involved in the national social safety net conversation, we need to look clearly at the fiscal and political systems that keep the whole “caring community” in dire financial straits.  When we do not have national health insurance, a national care plan for the elderly, etc., the entire social services public and private sectors run like hamsters on a wheel to serve the millions of desperate Americans.  Unless we get our heads out of the trenches of service and deal with the large systems, the future for social workers and those we serve is bleak, I believe.

SWH: Many journalists and other disciplines become experts on social welfare policy because of their writing. What can be done in social work education to encourage more students to use technology and journalism to advocate for vulnerable populations?

Great question. I am mightily encouraged by the young generation’s use of social media, visual arts, and nontraditional communication methods to gain attention to issues, raise funds, tell stories, attract support, and move people to political action.  This is an exciting time, and social workers can be part of this transition from classic and sometimes punitive social service systems to creative, crowd-sourced means of rebuilding communities of support and equity.

SWH: What is next for you, and how should others get involved and become aware of the rights being rolled back in North Carolina?

Barbara: I am a member of the NAACP, and as one of the first group of arrestees during this North Carolina General Assembly (NCGA) session, I will remain involved in the continuing witness on each of the “Moral Mondays” coming up at the legislature until they close this summer.  Much credit goes to the North Carolina Chapter of the  NAACP for catalyzing a “movement, not a moment” at this time.  Scholars, medical professionals, students, clergy, and others are coming together in a bold way to speak loudly against drastic racist and anti-poor legislation.

We all are naming the culture flip in North Carolina back to the ways of the Old South.  We are becoming an apartheid state once again, and this is serious. The Voter ID bill, for instance, is a blatant attempt to block the Black vote, which was so active in the 2012 election. We are basically at a time when the white old guard is pressing back against the new multicultural majority, resisting the browning of America. This of course is not the language of the discourse, which is around debt and budgets, not cultural change. I hope to encourage more social workers to join in this effort of public witness and resistance.  As Rev. Barber says:  These legislators may do what they do, but it will not be in the dark!  We are watching, and naming the violation of moral, religious, and social work ethics.

NAACP has produced a string of videos with the statements of all protesters who were arrested. I have attached the video statement of Barbara Zelter, and the others can be viewed on Rev. William Barber’s Youtube Channel.