Gay Rights… What Should be the Social Work Response?

byDeona Hooper, MSW
in LGBTQ, Politics
0
ADVERTISEMENT
Share on FacebookShare on TwitterShare on LinkedinShare on PinterestShare via EmailShare on Reddit

I want to share an article that was brought to my attention yesterday by a very close family member. This particular article was especially impactful for him because he recently shared with our family that he is gay. He is an awesome human being, well-educated, cares about his community, and he is doing everything a parent would want for their child. Why should him being gay matter? Well, for some in our family….it does! It was not accepted very well by his parents. Despite, everyone seeing gay mannerisms in him as far back as when he was three to four years old.

Although he may never be allowed to bring his partner to family events, I make sure that he knows they are always welcome at my home. I do not want him to be isolated from his support system or dread coming home, but I must admit that I have not always been this progressive. I grew up with conservative christian values in the South, and the South its difficult enough being a minority.

However, the pain that I have experienced and witnessed caused a change in my views. I had a best friend who was  a woman, a minority, and openly gay. For the majority of my adulthood, we worked at the same places. Most of my adult life, we were friends, but her being gay was the elephant in the room. I tried to be supportive, but she would always say,”You don’t understand”. She had a very limited support system, rejected by her church, and at times harassed at work. Yet, she always got through it.

In 2007 on December 27, she committed suicide with her police service weapon. She always struggled with depression, and I didn’t understand this internal conflict  for a lifestyle she lived openly. She was very apprehensive about seeking mental health services because her fitness for duty may have come into question. I didn’t know anything about LGBT support services or getting her connected with people who could identify with the pain she was feeling. I just wanted her to get over it, and I thought she did.

The last few months of her life were a complete lie, and she had convinced me and everyone around her that she was alright. She said that she was in a relationship and working extra shifts in which I didn’t question it. It wasn’t unusual for us not to hang out when she was with her girlfriend. Although I would meet whoever she was dating, I never broke bread with any of them.

Today, I truly regret it, and I can’t imagine how that must have made her feel. I miss my friend everyday, and I will never get the opportunity to have the conversations that I wish we should have had. She wasn’t in a relationship and she wasn’t working extra shifts. She left no note, and I have no idea about what was going on with her in the last moments of her life. Bringing awareness to this issue is the only way that I know how to honor her memory.

Social workers provide 69 percent of all mental health services in the United States. Are social workers contributing to the mental health crisis of the LGBT community’s increase in suicides by failing to proactively do outreach to this community? We must assess if our own prejudices are preventing the creation of early intervention services and proper assessment of issues when conducting home visits. I have noticed a shift in the social work profession that is moving closer towards conservative values. What impact will this have on treatment if the primary mental health service providers do not want to work with the LGBT community?

This is not a blog post that I had planned to write, but I think this is an important discussion needed within the social work community. You may disagree or agree with gay rights, but a plan must be devised to deal with the uptick in suicides within the LGBT community today. Where do you stand on the issue?

I have included an excerpt written by Perry Noble with a link to the full article as follows:

Let me begin by saying I absolutely LOVE Ben & Jerry’s ice cream. (Gonna go ahead and tell you that Oatmeal Cookie Chunk is THE BEST flavor I’ve EVER had!!) 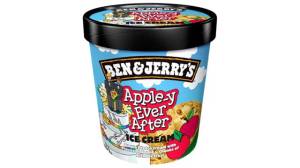 A few years ago I went to Wal Mart (the closest thing to hell I can imagine…that and the DMV), found my favorite flavor and decided to tweet that I was purchasing some Ben & Jerry’s ice cream…and doing so “unleashed the hounds” in a sense. Honestly, I’ve never experienced anything like it, “Christians” began @ replying me on twitter condemning me and scolding me for buying this product because apparently Ben & Jerry’s supported gay rights/same sex marriage.

Honestly, it bothered me. Because, first of all…I wasn’t trying to make a political statement I was simply trying to get some chunky monkey and some oatmeal cookie crunch. I like ice cream…I believe it will be served in heaven (with ZERO calories)! And second, it has broken my heart the way that many who claim to follow Christ have treated those who are homosexuals. We’ve yelled at them, ignored them and in some cases damned them to hell without EVER sitting down and actually having a conversation with someone who is gay. Read More