byDeona Hooper, MSW
in Entertainment, News, Social Work
0
ADVERTISEMENT
Share on FacebookShare on TwitterShare on LinkedinShare on PinterestShare via EmailShare on Reddit

Although he is not a household name yet, University of Kentucky College of Social Work Student, Trey Lindsey, landed a role in the original BET series “Being Mary Jane” starring Gabrielle Union.  I was able to catch up with Trey for an interview with SWH as a result of an impromptu Twitter exchange.  Trey was excited to do his part in using his soon to be celebrity status to help bring some visibility to social work.

It was a great interview, but what struck me most about Trey’s responses is that he still self-identifies as a social worker although actor is probably more appropriate.  Trey’s character is a superstar pro-athlete from Tennessee who gets suspended for six games for testing positive for Adderall. Being Mary Jane will begin airing sometime this Spring. You can follow Trey on Twitter using @treylindsey. 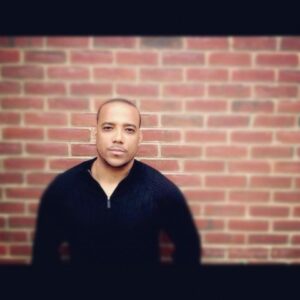 SWH: Tell me a little about your background and why you chose social work as a major.

Trey: Well, I was born and raised in Atlanta, Georgia. I had a great upbringing as a child and caught the acting bug at a very young age. I have three older siblings; two sisters and a brother. I am of course the baby of the clan. I came to the University of Kentucky (UK) originally wanting to major in Broadcast/Communications and switched my major a few times until I fell comfortably into the College of Social Work. I have a strong passion for helping others. I know what it’s like to struggle and have the odds against you, so helping others and giving back in some capacity has always been a priority for me. I believe social work allows me to do that among many other things.

SWH: Tell us about your social work program, and what kind of school projects have you been working on.

Trey: The Social Work program at UK is great. It’s one of the smaller colleges at the university so everyone pretty much knows one another. The professors are very hands on and provide great resources for the students to use. With being a male in the field though, you kind of find yourself outnumbered when it comes to the ratio of male to female. It was a little difficult for me to get use to only because I had never had classes before with all females. Being an African American male in a college full of majority Caucasian females, it was definitely an environmental adjustment for me lol. However, I have grown used to it.

I haven’t really been working on too many school projects. Mainly,  you can catch me writing research papers constantly and interning at my practicum which is where a lot of my free time is utilized.

SWH: Is there any crossover between your social work skill set and acting skill set?

Trey: I believe there is a great relationship when it comes to my social work skill set and acting skill set. What I’ve learned about the Social Work profession is that you have to be a great listener. You want to meet clients at their levels and always follow the Code of Ethics, and lastly, always be professional.

When it comes to acting, you’re a professional and you have to behave as a professional at all times. It’s a very demanding profession that requires a lot of discipline, focus, confidence, determination and perseverance. When I’m on a set filming, I am focused 100% on doing my job. Acting uses the “Give and Receive” method that I find useful in the social work profession as well.

Good man! RT @TreyLindsey: It was great working w/ u on @beingmaryjane. I took ur advice & signed up 4 that practice course for the LSAT lol

SWH:  How did you prepare for your role, and how did you get your big break?

Trey: Well once I’ve been hired for a role, I usually prepare myself mentally by learning everything I can about the character and transforming myself into it. I’ll read the script word by word at least twice from front to back, and dissect on a separate sheet of paper some of the emotions and different view points on how the character may respond to a particular given situation. Once it’s time to film though, I zone out. I’m all about performing to the best of my ability and listening to the direction of the director. I try to stay in character even in-between takes and blocking so that everything stays fluid and realistic when it’s time to start filming again. A lot of people don’t know this, but I HATE being in my trailer! Haha

I would much rather be on set watching everything and learning as much as I can behind the scenes. The film industry is its own world that has its own language and set way of doing things. I am truly in my most comfortable state when I am on a set filming. It’s my passion, it’s my world, and it’s what brings me a level of contentment and happiness that words can’t describe.

I guess my introduction to the big leagues was when I filmed on “Big Momma’s: Like Father, Like Son” with Martin Lawrence. It was a great experience, and I learned a lot because of it. As an actor, you want to always be progressing in your career, and I am blessed to say that so far.  God is providing me with amazing opportunities.

SWH: Even though, you are entering show business, are you open to doing any public service announcements or using your celebrity in the future to educate about social work?

Trey: Absolutely! I’m not one who’s focused on the title of being a celebrity. Quite frankly, it’s a false illusion. If the privilege of having that title allows me to educate, advocate, and bring awareness to others about certain issues affecting our world, then I think that’s AWESOME.

The Social Work profession does not receive its due credit or recognition in the way it should. It has a very negative stereotypical image that was created by the media, and I want nothing more than to be a contributor to turning that image around.  I would be honored to show people just how passionate we social workers are about helping others in need.

What Are You Holding On To?