Is today’s music portraying empowerment messages for women?  Music has the power to bring people together in the name of love and peace, but it also has the power to estrange and divide.  Over the past few weeks, it seems that the latter has been proven more, especially with one particular song by a very popular female artist that had many people in disbelief about how she could write and broadcast a song with a disempower message targeting women. 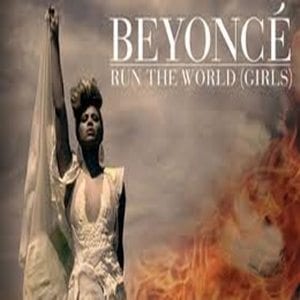 The social media outcry began when Beyonce’s new single, “Bow Down/I Been On” was leaked online.  The song started off with Beyonce discussing how she is more than just Jay-Z’s, her rapper and business mogul husband, wife, but that is not what has created the uproar.  The song’s chorus is where the controversy lies:  Beyonce demands that those within the music industry need to respect the success she has gained by proclaiming that they need to “bow down bitches,” which is repeated several times.

The direct proclamation of the chorus is not typical for Beyonce’s music or her brand, which is what grabbed a lot of attention.  The song has received several strong responses from those within the music industry.  One of the “harshest” critics of the song was R&B singer Keyshia Cole, who tweeted that Beyonce’s earlier songs in her career focused on women needing to be independent & survivors; now, in Cole’s opinion, she [Beyonce] is demanding that women respect her authority and refers to so-called “haters” as bitches.

Please do not be mistaken; I am not a prude when it comes to shocking, controversial music, but I, personally, was not expecting Beyonce to debut a “hardcore” (for her standards, at least) song with that kind of message for women.  I am supportive of recording artists expressing their individuality through their music, but this song does not fit with the brand that Beyonce has spent over half of her life creating, nor does it encourage women to be supportive and respect the achievements of other women.

As a person whose focus is empowering all people, especially women and young girls of color, I was quite disturbed by the message and possible implications the song may have on how women and young girls view themselves and each other.  If I had the opportunity to inquire to Beyonce about the song, I would ask the following:

In regards to the messages within her songs:

Beyonce, how can you tell us that girls run the world in one breath, but in the next, you tell us to “bow down bitches?”  Do you realize that your song is just another example of how those within the media, whether it is reality TV stars, music artists, those in the marketing/corporate sector, and those on social networking sites, use these outlets to convey negative and detrimental messages that influence the way young people and adults view and interact with one another?

The lack of empowerment towards women in today, and in her new song:

Why is there not more positive, empowering, strengthening messages about women in songs today?  Why are you choosing to spread this kind of message instead of previous messages in your songs that conveyed: “Women are powerful / Women are strong and capable / Women are equal / Women need to demand respect and give respect to those around them?”

The use of the word bitch – empowering or disrespectful?

When did the word “bitch” become acceptable for women to use in reference to one another?  When did that word, which at one time brought offense when uttered to a woman, started to be viewed as a term for endearment?  I realize that many male recording artists use that derogatory term frequently in their songs, but does that mean that influential female recording artists like yourself should use that word?   Do you believe that using that word is one way of “embracing” the word, in order to take some of the “sting” out of it?

Beyonce, can you, & those who spew negative messages about women in our society, provide answers to the questions I ask?”

I know that most folks will say that it is “just a song,” but there are very impressionable people in the world, especially children & adolescents, who mimic every move and trust every word uttered by someone of Beyonce’s status.  Beyonce has a following of those young and old that is unmatched to any female artist that is in the music industry today – why did she feel the need to write such a song?  She has the $50 million Pepsi endorsement, the celebrated and highly publicized Super Bowl half-time performance that occurred in February, her recently aired HBO documentary, countless magazine cover spreads; she does not need to do something like this to gain publicity or to sustain her popularity.  She is the role model for a good number of women in America and abroad; being tied to such songs like “Bow Down” does not empower or uplift the women and young girls who view her as larger than life.

Beyonce is not the only recording artist to have released a questionable song this year.  What are we to do when artists debut songs that contain messages that could be considered offensive?  What are effective tactics that can be used to show our disapproval:  boycott their music on the radio, demand that they stop creating such distasteful “art,” or stop supporting their brand?  Are some of these tactics outdated, given the technological mediums that are used to share music and promote artists?  Let’s not forget that little thing called free speech – how far does that right go when the message has the potential to be detrimental on the psyche of those targeted?

Tell me, what do you think needs to happen when artists create music that could have devastating effects on certain members of society?  What steps do you take in getting your opinion heard?

Amazing Social Workers Around the World