byGabriela Acosta
in Mental Health, Military, Politics
0
ADVERTISEMENT
Share on FacebookShare on TwitterShare on LinkedinShare on PinterestShare via EmailShare on Reddit

The U.S. military finds itself in the crosshairs of angry congressional members and a dismayed public amid media reports that a female soldier in combat zones is more likely to be raped by a fellow soldier than killed by enemy fire. Unwelcome headlines report on one high-level sexual assault allegation after another in the armed forces. Perhaps most embarrassing is the recent arrest of the leader of the Air Force’s Sexual Assault Prevention and Response unit on a sexual battery charge in Arlington, VA.

A perfect storm of high profile accusations has coincided with the release of a Pentagon report showing a six percent increase in reported assaults from 2011 to 2012 and the revelation that the number of reports of “unwanted sexual contact” jumped from 19,300 in 2010 to 26,000 in 2012.

All of this unwanted publicity was preceded by the release of the Academy-Award nominated documentary, The Invisible War. The movie is a searing indictment of the systemic cover-up of military sex crimes, substantiated by interviews with rape survivors themselves.

Victims of sexual assault in the civilian world can turn to the police force and the judicial system for help and justice; rape victims in the military must turn to their commanders, who are often a friend of the rapist or the rapist himself. In addition, military leaders are allowed to overturn convictions without explanation. Little wonder that so few victims actually come forward to risk their careers or that only eight percent of military sexual assault cases are ever prosecuted.

Senate Majority Leader Harry Reid was “terribly disappointed” as the rise in sexual assaults came to light and indicated that Congress needs to move forward with legislative proposals to curb the trend and push to change how military commanders handle accusations of abuse. 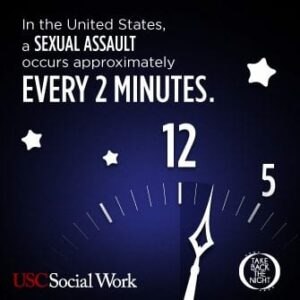 Ultimately, stamping out sexual abuse cannot be addressed by handling each incident in isolation; it must be part of how military leaders choose to treat women — the most common victims of sexual assault, though one percent of men in the military (20,000 in 2009) were sexually assaulted. Martin Dempsey, chair of the Joint Chiefs of Staff, suggests that “when you have one part of the population that’s designated as warriors and another part of the population that’s designated as something else, this disparity begins to establish a psychology” that contributes to the problem. In other words, keeping women out of formal combat roles has, perhaps, contributed to a culture in which sexual assault is permissible, minimized, or covered up. Dempsey suggests that “the more we treat people equally, the more likely they are to treat each other equally.”

Meanwhile, thousands of victims are trying to go on with their lives, whether they have reported their assault or not. Depending on the nature of the assault, survivors may be vulnerable to post-traumatic stress disorder (PTSD). Social workers, whether working on military installations or in the community, can be a key source of emotional support and recovery for victims whose personal reality may be overshadowed by the charged political atmosphere that such news creates.

Sexual assault victims can benefit most from extensive emotional support to process what has happened to them. Cognitive therapy is one modality that helps survivors’ intense feelings of anger, betrayal, disgust, shame, guilt, humiliation, anxiety, and confusion. The social worker/therapist can help the client identify and modify “stuck points” by unraveling and challenging faulty thinking patterns. They can help a client learn to cope with distressing emotions, similar to the use of cognitive therapy to treat depression.

In response to previous allegations, the Department of Defense (DoD) some time ago established a Sexual Assault Prevention and Response Program (SAPRO) to help provide victims with accurate information, prompt medical care, counseling, and assistance with the military justice system. Recent bad publicity may have shaken the confidence of soldiers that they will receive meaningful support and justice.

Nevertheless, DoD’s Safe Helpline provides worldwide live, confidential support 24/7 online and at 877-955-5247. DoD has also launched an Active Bystander program, modeled after the University of New Hampshire’s “Bringing in the Bystander” program. It encourages fellow soldiers to take the initiative to help someone targeted for sexual assault and to restrain friends who may be talking about assaulting someone, particularly if they’re had too much to drink.

The War on Education