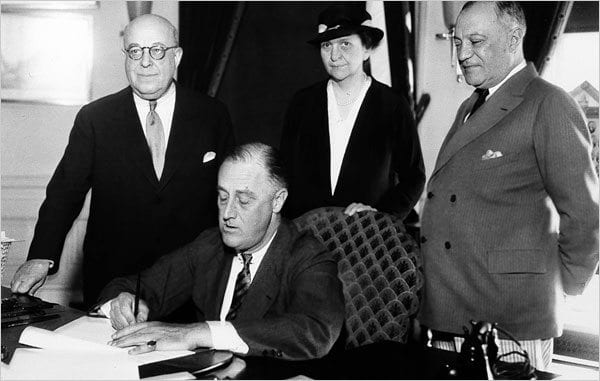 Social work has traditionally been a profession that has embraced the principles of social justice, social action, and equality with individuals functioning as change agents fighting oppression and inequality in order to improve outcomes for their communities. Social Workers such as Jane Addams, Frances Perkins, Whitney Young, Congressmen Ron Dellums and Ed Towns as well as Senator Barbara A. Mikulski to name a few used their social work background to influence social policy and legislation. Organizations such as ACOSA (Association for Community Organizing and Social Administration) was created to promote the development of community organizing and macro thinking in social administrations which would later commission Dr. Jack Rothman to evaluate the current state of macro practice courses being taught in social work education. The Rothman report was completed in October 2012 and will be discussed in greater detail later in the article.

However, under today’s standard none of the individuals listed above would be entitled to call themselves a social worker under today’s standard because they do not meet the standard of a Licensed Clinical Social Worker. Clinical Social Workers focus on micro practice in which therapeutic treatments deal only with how an individual can develop mentally, cognitively, or behaviorally. However, macro community practices are focused on influencing the social policies that creates oppression and inequality. Macro practice social workers are change agents committed to making social change while the other is managing individual change.

For instance, Social Worker Frances Perkins was the U.S. Secretary of Labor from 1933 to 1945, and she was also the first woman appointed to the U.S. Cabinet by President Franklin D. Roosevelt whom she helped craft New Deal legislation. During her tenure as Secretary of Labor, Perkins championed the Civilian Conservation Corps, the Public Works Administration and its successor the Federal Works Agency, as well as the labor portion of the National Industrial Recovery Act.   She was a major force in establishing the Social Security Act, Unemployment benefits,  and public assistance for the neediest Americans.

Perkins fought to reduce workplace accidents and helped create laws against child labor. Through the Fair Labor Standards Act, she was responsible for establishing the first minimum wage and overtime laws for American workers, and defined the standard forty-hour workweek. She formed governmental policy for working with labor unions and helped to alleviate strikes by way of the United States Conciliation Service. Perkins resisted having American women be drafted to serve the military in World War II so that they could enter the civilian workforce in greatly expanded numbers. Sadly, Frances Perkins with all her achievements as a change agent with graduate degrees in political science, sociology and economics would not have been considered a social worker today.

Since 1988, ACOSA has served as the official representative of social workers in a broad array of community/macro practice professions.  These include “Community organizers, activists, nonprofit administrators, community builders, policy practitioners, students and educators.  These conversations led ACOSA to commission a study to explore the concerns of its members regarding the status of community/macro practice in social work.  The report would focus on both identifying the problems with macro practice in schools of social work  while also looking for possible solutions.

The timing of this study and its outcome could not be more relevant with today’s societal issues.  During the survey process, Dr. Jack Rothman determined that many in the profession believed the over focus on clinical social work has devalued community/macro social work.  Participants were concerned about the future of community/macro practice as exhibited by the lack of macro courses for individuals interested politics, administration, public service, and grassroots organizations.  One respondent of the survey Dr. Rothman constructed pointed out that many social work faculty believed that anyone could teach macro classes—no experience or training in the field was needed.

Participants stated that ACOSA should seek to gain visibility with other professional groups and disciplines-­‐-­‐“to interface better so our community-based work is known and social work is not seen as simply casework. ”We need to relate to these groups”, they said, because “we have a common cause in macro areas and there is strength in numbers.” There were concerns that if the community/macro practitioners in social work do not establish themselves as visible players in broader areas of intervention and public policy that other fields will step in and replace us.

Since the survey was conducted, a Special Commission with 16 individuals has been formed.  One of their first tasks will be to prioritize the issues raised by participants in the survey.  They will begin to work on growing faculty with experience in community/macro practice, as well as to work with CSWE to develop curricula in response to the need for students interested in a community/macro concentration.

Also, ACOSA has developed core competencies for community/macro practitioners, and they are looking at developing research studies that reach beyond the individual application of social work principles.  The association will begin to work with organizations that are incorporating social, cultural, economic, political and environmental influences that advance social justice solutions as well as develop change agents that empower individuals at systemic levels.  Moreover, they have also begun to develop collaborative relationships with legislatures, community members, non-profit groups, and organizations that address the needs of communities on a macro scale.

For organizations and individuals interested in community practice and the work ACOSA is doing, you can contact its current Chair, Mark Homan at   ([email protected]).

You can also view the full report below:

DeMecia Wooten-Irizarry is a retired social worker having had experience in non-profit management as well as with the state and federal legislature.