byDr. Yogendra Yadav
in Global, Social Work
0
ADVERTISEMENT
Share on FacebookShare on TwitterShare on LinkedinShare on PinterestShare via EmailShare on Reddit 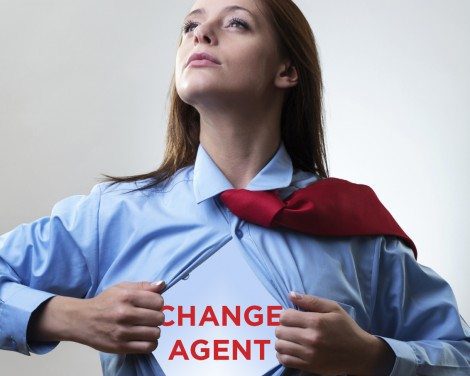 Social work in its various forms addresses the multiple, complex transactions between people and their environments. Its mission is to enable all people to develop their full potential, enrich their lives, and prevent dysfunction. Professional social work is focused on problem solving and change.

As such, social workers are change agents in society and in the lives of the individuals, families and communities they serve. Social work is an interrelated system of values, theory and practice. Mahatma Gandhi Wrote, “I suggested to them that my work of social reform was in no way less than or subordinate to political work.

The fact is, that when I saw that to a certain extent my social work would be impossible without the help of political work, I took to the latter and only to the extent that it helped the former. I must therefore confess that work of social reform or self-purification of this nature is a hundred times dearer to me than what is called purely political work.”11 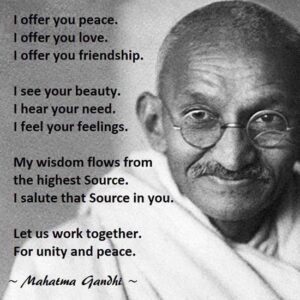 Mahatma Gandhi Wrote, “Whilst I criticize this part of missionary work, I willingly admit that missions have done indirect good to India. There is no doubt about this. But for my having come under Christian influence, some of my social work would not have been done. My fierce hatred of child marriage I gladly say is due to Christian influence.

I have come into contact with many splendid specimens of Christian missionaries. In spite of differences I could not possibly help being affected by their merit. And so you will find growing up in my Ashram unmarried girls, though they are free to marry if they wish. I am speaking not of university women but of girls who belong to the uneducated class.”12

Mahatma Gandhi Wrote, “The women certainly do social work, but as individuals. I should like them to assume responsibility as a body, for some social service. This will create in them capacity for organization. When such capacity has been created, individuals may come and go but the organization will remain.

God has given such capacity only to human beings. In our country, women have not cultivated it so far. The blame for this lies with the men. But that is a question with which we need not concern ourselves just now. If we believe that women must acquire this capacity for organization, we should try to cultivate it in them. It does not matter if we commence only with my writing a letter to their Association and their replying to me. Slowly (no matter, if very slowly) we may take up other activities. If you have fully understood what I have suggested and if the suggestion has appealed to you, if the other women also approve of it and if they are ready to take interest in carrying it out, you may take up this work. If, however, you see difficulties in carrying it out or see no meaning in it, you may drop the idea.”13

Social work grew out of humanitarian and democratic ideals, and its values are based on respect for the equality, worth, and dignity of all people. Since its beginnings over a century ago, social work practice has focused on meeting human needs and developing human potential. Human rights and social justice serve as the motivation and justification for social work action.

In solidarity with those who are disadvantaged, the profession strives to alleviate poverty and to liberate vulnerable and oppressed people in order to promote social inclusion. Social work values are embodied in the professions national and international codes of ethics. Mahatma Gandhi Wrote, “I wonder if you were able to pass on my letter about the opening ceremony to Vinayakrao. He has certainly done very good social work in Ratnagiri, and it must have been a very serious disappointment to him, as also to Sjt. Kir that you were disabled from performing the opening ceremony.”14

Mahatma Gandhi Wrote, “I hope to be able shortly to issue a statement1 about the Village Industries Association. I might have issued it earlier, but, in spite of my getting up at half past two in the morning, I have not yet overtaken the arrears. But I shall presently put on speed. Of course, I shall want your assistance and that of all solid workers who would come forward. The resolution aims at moral uplift. Therefore, it includes social work so far as it can be advanced through village industries. If Jagannath offers his services and if he is allowed to do so, he will have to be a whole-timer.”15

Social work bases its methodology on a systematic body of evidence-based knowledge derived from research and practice evaluation, including local and indigenous knowledge specific to its context. It recognizes the complexity of interactions between human beings and their environment, and the capacity of people both to be affected by and to alter the multiple influences upon them including bio-psychosocial factors.

The social work profession draws on theories of human development and behaviour and social systems to analyses complex situations and to facilitate individual, organizational, social and cultural changes. Mahatma Gandhi Wrote, “I have now heard from Dr. Jayaram. He has come to the conclusion that Bhole never had any tuberculosis but whether he had any or not he is certainly now entirely free and that he should now leave the Sanatorium and take to some social work or continue his studies so as to take his mind off himself.”16

Separating from an Abusive Partner