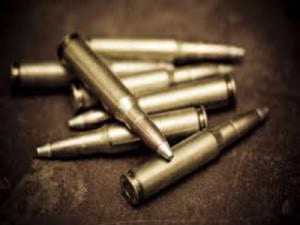 Religion in America has been an issue since the founding of our nation. The First Amendment guarantees every U.S. citizen “freedom of religion”, but if it were up to some this amendment would be erased.  The anti-Islam sentiment in our nation has grown to unbelievable proportions, coupled with violent Islamaphobic citizens has taken ignorance to a whole new level.  According to the company’s Facebook page, South Fork Industries of Dalton Gardens claims they have created pork laced bullets in an effort to deter “Muslim Jihadist”.

The company’s Facebook page is littered with anti-Islam cartoons that should make any faith based individual cringe with deep concerns.  This ammunition, which is being sold in various calibers, not only promotes violent acts against innocent American citizens, but it could give rise to our nation’s next mass shooting.  Hate filled language spoken to the wrong person can create an irreversibe situation.  In a nation that prides itself on diversity, such things as this should not take place or be tolerated.  If this company had directed their campaign towards individuals of a different faith, there would be stiff protest and their existence as a business on the free-market would be short.

The bullets are coated in pork-infused paint, which the company states makes the ammo “haram,” or unclean, and therefore will keep a Muslim who’s shot with one of the bullets from entering paradise.

“With Jihawg Ammo, you don’t just kill an Islamist terrorist, you also send him to hell. That should give would-be martyrs something to think about before they launch an attack. If it ever becomes necessary to defend yourself and those around you our ammo works on two levels,” the company said in a press release earlier this month.

The company’s website bills the bullets as “Peace Through Pork” and a “peaceful and natural deterrent to radical Islam.” There’s a related line of apparel that feature slogans like “Put Some Ham in MoHAMed” and a target poster that says “Give Em a Spankin with some Bacon.”  Read Full Article

This company seems to be trying to create a scenario where average everyday Americans who have armed themselves with military-style weapons will somehow defend our nation?  There are four branches of military that are trained for defense, so why do they feel the need to create such idiotic pork laced bullets?  The bigger and most note worthy question lies in who is buying pork laced bullets and what do they plan to do with it once purchased.  We live in a society where people of various faiths co-exist on a daily basis and never have conflict, so why do these individuals feel they need to “save us”?

It's LGBT Awareness Month Around the Globe