byVilissa Thompson
in Disability, News, Nonprofit
0
ADVERTISEMENT
Share on FacebookShare on TwitterShare on LinkedinShare on PinterestShare via EmailShare on Reddit

Rock Center with Brian Williams, NBC’s newsmagazine show, broadcasted a segment about the subminimum wages paid to workers with disabilities at Goodwill.   Most of you are familiar with Goodwill being the place where you can exchange your gently used items & clothing for secondhand goods priced reasonably low.  Goodwill was founded in 1902 in Boston by Rev. Edgar J. Helms, who was a Methodist minister and social innovator.  Since its creation, Goodwill has grown into a multi-billion dollar non-profit organization business, serving communities throughout the United States.

Rock Center’s segment aimed to shine a light on the unbelievably low wages that some workers with disabilities are receiving for their hard work with the organization.  The segment’s host, Harry Smith, interviewed several disability advocates and leaders; Goodwill’s International CEO Jim Gibbons, who is visually-impaired; and current and former workers of Goodwill.

The segment explained how Goodwill’s ability to pay workers with disabilities incredibly low wages is even legal.  The Fair Labor Standards Act (FLSA) of 1938 is the policy that allows this low-wage paying loophole to be legal in this country.  FLSA applies to industries whose combined employment represented only about one-fifth of the labor force. In these industries, it banned oppressive child labor and set the minimum hourly wage at 25 cents, and the maximum workweek at 44 hours.  The section of FLSA that Goodwill is using to its advantage to pay workers with disabilities as little as $0.22 in some cases is Section 14(c).  Section 14(c) of the Fair Labor Standards Act allows employers to pay disabled workers less than minimum wage through special wage certificates issued by the Wage and Hour Division of the U.S. Department of Labor.

Though there have been recent efforts made by the U.S. Justice Department to fight this practice, which have led to changes in Oregon and Rhode Island, these actions by the Justice Department are not enough to ensure that workers with disabilities in all 50 states are being paid the federal minimum wage amount for the quality of work they do.

What truly outraged me is the fact that Goodwill is paying workers with disabilities under $2 an hour, but their regional CEOs are receiving six-figured salaries.  Goodwill’s International CEO, Jim Gibbons, who also receives a six-figured salary, made the comment that for some workers, the joy of working and having the opportunity to work is more important than what they are actually being paid.  That statement struck a hard nerve with me.  Though some workers (those who were interviewed for the segment) may not be outraged about what they are being paid, the fact remains that they should be receiving equal pay for equal work as their able-bodied workers at Goodwill. 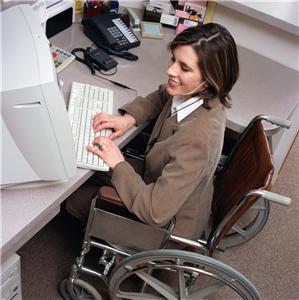 My perception of his comment (and others who support Section 14(c)) is this:  people with disabilities should accept such mistreatment when it comes to unequal pay because few organizations would provide them with the opportunity to work, especially individuals who have severe disabilities.  That kind of attitude is can be perceived as disrespectful, disempowering, and despicable.  It is erroneous for organizations like Goodwill and for society   to believe that people with disabilities should be content with receiving mere crumbs; we are not second-class citizens who should settle for just “anything” because there may not be many employment options available.  That kind of attitude can cause an individual to feel inferior and believe that they are not worthy of equal treatment as someone who is able-bodied.  Though FLSA was created in 1938, this is not the 1930s when people with disabilities did not have the opportunities to work, attend school, and be fully independent.  People with disabilities represent the largest minority group in the United States, with over 50 million members; and the world, with over 1 billion members – we cannot, and most importantly, should not, be complacent with any kind of policy that grossly disadvantages members of our subgroup from becoming independent and having the ability to earn a decent wage as everyone else.

This story truly angered me, and my first course of action was to write this article about the segment and my thoughts.  My second course of action will be to research how Goodwill is paying workers with disabilities in the state of South Carolina, and how I can advocate for equal pay for equal work, if such wage disparities exist.  It is truly disturbing that we live in 2013 and individuals who put in the same amount of hours and hard work as their able-bodied peers are earning less than a dollar.  I know that I cannot sit back and fail to be proactive in creating equality for people with disabilities when it comes to employment opportunities.

Tell me, what are you prepared to do in your respective states to ensure that all people are earning a fair wage for their hard work, regardless of ability?

Whatever career you may choose for yourself – doctor, lawyer, teacher – let me propose an avocation to be pursued along with it.  Become a dedicated fighter for civil rights.  Make it a central part of your life.  It will make you a better doctor, a better lawyer, a better teacher.  It will enrich your spirit as nothing else possibly can.  It will give you that rare sense of nobility that can only spring from love and selflessly helping your fellow man.  Make a career of humanity.  Commit yourself to the noble struggle for human rights.  You will make a greater person of yourself, a greater nation of your country and a finer world to live in. 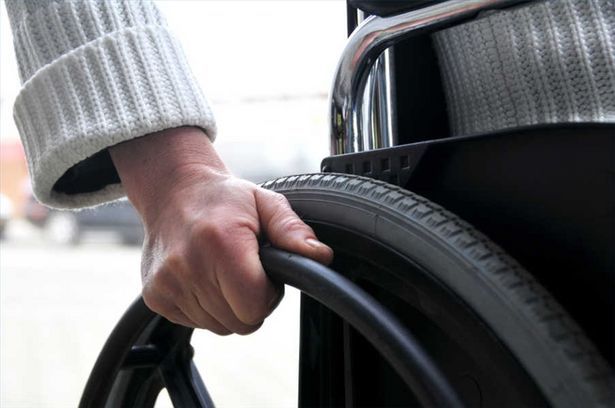 It's LGBT Awareness Month Around the Globe