byJeffrey Lee
in Criminal Justice, News
0
ADVERTISEMENT
Share on FacebookShare on TwitterShare on LinkedinShare on PinterestShare via EmailShare on Reddit 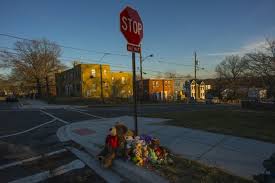 Gun violence in America became a hot topic of discussion in our country when Adam Lanza committed the unthinkable.  This single act placed a spotlight on our nations relaxed gun laws.  What this act did not do is shine a spotlight on the gun violence that persists on American streets daily.  This newfound resurgence of the gun control debate has yet to make any impact on the stifling gun violence found on the streets of many cities across our nation.  Chicago, IL seems to have assumed the position as the true poster child for gun control in America.

According to a CNN.com report just this past weekend, 26 people were shot in Chicago.  This number may shock you and it should.  However based on Chicago numbers, this was a mild weekend in terms of gun violence.  According to the website www.heyjackass.com, a site that tracks Chicago crime statistics, it has reported in the month of June 131 people shot and wounded in the city of Chicago.  Of those 131 victims, 23 of the shootings have been fatal.  These numbers should do more than simply create a spotlight on this issue.  These numbers should outrage anyone who sees or hears these statistics.  The question that has to be asked is why are these numbers not being reported on national media?  Why is the fact that year to date Chicago has had 146 homicides due to gun violence and an unbelievable 703 individuals shot in the seemingly lawless streets of one of our nations greatest cities not “news worthy”?

The truth of the matter seems to be that theses acts of violence are taking place in the wrong zip code.  If these same events took place in any suburb such as 23 citizens of Highland Park, IL were shot in one weekend, the city police, state troopers, and the National Guard would have been called in and the crimes would have received national if not international news coverage.   Why does it seem that the murders of 146 people hold less value than those murdered in Sandy Hook, Aurora, and Tucson?  Certainly these aforementioned tragedies deserved the attention they received, but what happens on a daily basis in Chicago, Detroit, Philadelphia, and several other U.S. cities needs attention as well.

According to the National institute of Justice 467,321 individuals became victims of firearm violence in 2011.  During the same year, the state of California alone reported that 1,220 individuals had been murdered due to gun violence.  These mark a level short of an unnamed civil war being fought on the streets of our nation and these wars have no news coverage, no ride along journalist, they simply exist within a shroud of malignant self-imposed ignorance.  The questions that need to be asked of government officials are simply, what measures are being developed to help curd this violence?  Are there any grassroots think tanks being held to get to the bottom of why this violence is taking place to begin with?  Surely local government officials and police departments have looked at this issue, but have they looked at it from a preventative stance or are they simply trying to place a band aide over an issue that has become a severe infection.