byLogan Keziah
in LGBTQ, News, Politics
0
ADVERTISEMENT
Share on FacebookShare on TwitterShare on LinkedinShare on PinterestShare via EmailShare on Reddit 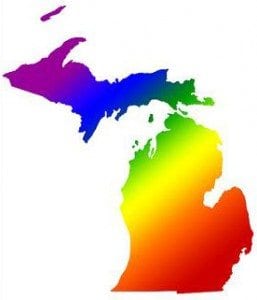 Although the state of Michigan had enacted an amendment in 2004 banning gay marriage, recent developments with the Supreme Court striking down DOMA, coupled with other litigation efforts, and the swaying of public opinion towards supporting marriage equality, may exert the right amount of public pressure to get a measure on the ballot to repeal the 2004 amendment in 2016. The image below, created and circulated by Equality Michigan, illustrates the shifting public opinion of Michigan residents in support of marriage equality. The shifting of the public opinion in Michigan, reflects the national shift of opinion in support of marriage equality.

The striking down of the domestic partner benefits ban is just one example of how the Supreme Court’s decisions last week may affect the litigation efforts of LGBT couples across the country. It will be interesting to see how federal judges continue to rule on cases questioning the constitutionality of gay marriage bans.

Devin Schindler, a constitutional law expert at Thomas M. Cooley Law School in Grand Rapids, said the judge still could make a ruling without a trial, after lawyers further develop the case through depositions, if necessary, in the weeks ahead.

US Foods Next Top Product Competition