byLydia Long
in Local, News, Politics
0
ADVERTISEMENT
Share on FacebookShare on TwitterShare on LinkedinShare on PinterestShare via EmailShare on Reddit

Under the cover of darkness, Senate Republicans passed legislation against women’s rights Tuesday evening after only 90 minutes public notice and caught women’s health advocates completely by surprise.  Thanks to Roe vs. Wade, states can’t outright ban abortion, but they could make it more difficult to get safe abortions by targeting clinics and doctors through what some call “TRAP” (Targeted Regulation of Abortion Providers) laws. 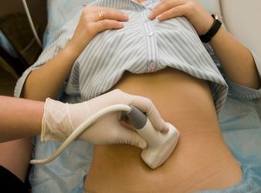 This bill now combines several anti-abortion measures which were achieved by sneaking in an amendment at the 11th hour, and the committee made no mention of reproductive health on their schedule. According to the News Observer reports, only supporters of the bill were present during the meeting while pro-choice advocates against the bill were not told it was being debated.

This new amendment could also restrict women’s access to safe abortions by prohibiting health plans offered through federal health care exchanges that cover abortions. In addition, it would require abortion clinics to go through a licensing process similar to outpatient surgical clinics and allow all health care providers to opt out of providing abortion care.

Also, it would require doctors to stay in the room for an entire abortion procedure regardless of the method of procedure and require doctors to interrogate patients about the reason they are having an abortion. According to the American Civil Liberties Union in North Carolina,  House Bill 695 was tacked on to a bill proposing a ban on Sharia law, and here is a statement by Sarah Preston, Policy Director for the ACLU-NC:

“This attempted sneak attack on women’s reproductive rights is absolutely shameful. Issues as vital and personal as access to comprehensive health care and doctor-patient relationships deserve to be debated in an open, public process – not hastily pushed through without notice and under the cover of night during a holiday week. These loathsome restrictions and the deceitful method through which the Senate tried to pass them are an obvious effort to not simply prevent women in North Carolina from having comprehensive access to much-needed health care, but to not even give them an opportunity to weigh in on legislation that will have wide-ranging impacts on women and doctors all across our state.”

If you oppose this bill,  have your voice heard.  Lets flood the NC Senate with emails saying to vote NO on HB 695. The debate started at 9:30AM. You can send your email here.  You can also call or send a letter via this web link to Gov. McCrory urging him to veto this House Bill 695 if it comes before him.

Stand up Against the Stigma of Mental Illness: The New Normal