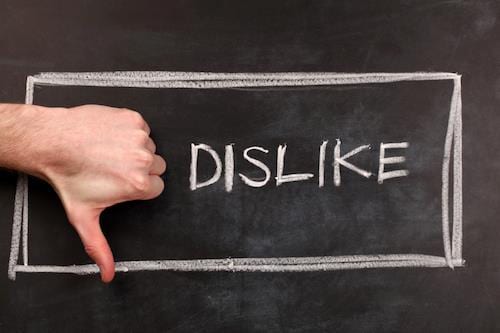 People turn to social media mainly to stay connected to people despite their busy schedules or, in some cases, their complete lack of interest in actually maintaining a real, tangible friendship with people they’re only forced to interact with. Social media accounts also allow us to express ourselves through shoutouts and photo posts.

While this is a useful feature for releasing stress and reaching an audience, it is also very dangerous when done with very little thought put into it beforehand. We tend to forget that the Internet is not just a harsh mistress, but also the home of millions of nasty cyber-trolls who is capable of doing things with your private information that you probably never imagined were possible.

Thus, it helps to keep a few things in mind when posting on social media. To be more specific, it helps to make a list of things you SHOULDN’T post online. Here are five such things.

Complaints about your job (or any other kind of company information, for that matter)

Run a Google search for “fired because of Facebook” and you’d get a ridiculous number of news articles, lists, and even screencaps. The use of social media during work hours is highly discouraged and even outright prohibited by many companies, and with good reason – how can you possibly be productive if you’re spending time waiting for people to Like your status post about how your mind-blowing discovery that “STRESSED spelled backwards is DESSERTS”?  What about posting about work when you’re not at work, you ask?

Well, it’s still a bad idea. Considering that some of your contacts might be (or most likely are) from work, it might not exactly be a good move to post about how much you hate what you do for a living. After all, if you were the boss of the company you work for, you probably wouldn’t be too eager to keep a whiny employee on the payroll, not only because whiny people are generally irritating, but also because said employee’s complaints might be damaging to your reputation.

As for fast food employees who goof around and contaminate food, well…I highly recommend that they continue to post pictures of their “daring exploits”, if only to ensure that they get swiftly taken as far away from food as possible. Or they could, you know, stop doing disgusting things to the food they handle.

It’s one thing to post about your vacation plans out of excitement, and it’s another thing entirely to do that just to brag about it and spite other people who can’t go on a vacation like you. As it turns out, both instances are a big no-no. According to cops in Philadelphia, posting about your planned vacation only opens you to being targeted by crooks who’d absolutely love to capitalize on the fact that you’d be leaving your home unguarded (and your valuables ripe for the picking).

This should be about as much of a no-brainer as “don’t post your password for all to see,” yet a lot of people still do it anyway. Sharing private information on your social media accounts only opens you to a world of potential harassment and stalking. The popular app Foursquare announces your current location to your friends list and, while this might be a cute and seemingly harmless feature, it also inevitably allows other people to follow you around – even the ones you don’t want to hang out with. Addresses and business phone numbers are no exception, too; it has been proven that, even with relatively tight profile security, your contact information can still be fished from right under your nose.

“Scientific claims” and “facts” that a little research can easily debunk

It has been said time and again that “truth is stranger than fiction,” and every once in a while you’d come across something either so urgent or so unbelievably insane that you end up thinking it (1) just HAS to be true and (2) absolutely NEEDS to reach as many people as possible. Before sharing ANY secondhand information that presents itself as fact, it would be best to visit websites such as snopes.com. Not only would it stop you from contributing to an already messy chain of lie-sharing, it would also make you feel smarter (and subsequently better about yourself). Pretty nice side effect, isn’t it?

Passive-aggressive status messages are a common sight in social networks. They usually mean one of two things: either the original poster is so angry that all of the bottled-up and barely-contained rage just kind of exploded and resulted in a mushroom cloud of vague insults aimed at no one in particular, or that the original poster is fishing for an argument from his target/sympathy from his contacts. Aside from the obvious danger of your post accidentally agitating or angering the wrong contact, you’d also be painting a gigantic target on yourself, essentially letting all of the people in your social circle see what’s pissing you off at the moment (and judge you for it). Keep in mind that your social media persona is basically a reflection of who you are, and people will base their perception of you on what they see on your profile page. Whenever you get the urge to post your latest whinefest about life, just repeat this line to yourself to make you come to your senses: “Facebook is not a clothesline for you to hang your dirty laundry on.”

July is Cancer Awareness Month: Are You Taking Preventive Measures