Cory Monteith, better known as Finn Hudson on the hit TV show Glee, was found dead in his Vancouver Hotel on Saturday. At age 19, Monteith had already developed a severe substance abuse issues, and his abuse was not limited to any one drug.

Monteith has went into treatment  several times to get himself back on track, but he struggled with relapse which is part of the recovery process for all addicts. Cory admitted himself into treatment again in March of this year, and he had just completed this last attempt at treatment when he was found dead and alone in his hotel room. He was 31 years old at the time of his death.

I remember in Cory first appearance on Glee he sang “Don’t Stop Believing” by Journey which made him an instant star. In a culture where many seek solace in the numbing effects of substances to heal their wounds, a man like Cory Monteith or his character Finn Hudson would refer to the healing power of song to talk about difficult topics.

In honor of Cory and in true Glee fashion: 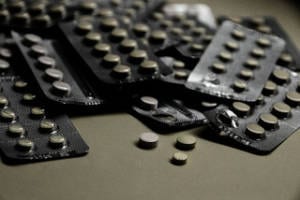 We’ll walk this route together through the storm

Whatever weather, cold or warm

Just lettin’ you know that you’re not alone

Reflecting on these lyrics it is uplifting and scary to face the madness and weather the storm, Eminem suffered with an addiction to pain killers and later with treatment he relapsed on Methadone pills ( Treatment Solutions)

“Angel of darkness is upon you

Stuck a needle in your arm 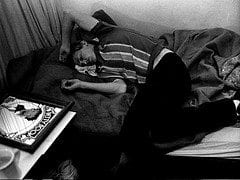 So take another toke, have a blow for your nose

One more drink fool, will drown you

Can’t you smell that smell

The smell of death surrounds you”- Lynard Skynard’s That Smell

The famous Charlie Sheen dialogue comes to mind. These people have real stressors and they may also have a brain that is hardwired for addiction. It is often hard to think of celebrities as people and to remember that even people who make millions of dollars and are outwardly successful are capable of struggling with substance abuse in much the same way as the average person.

The worst things in life come free to us

Cause we’re just under the upper hand

And go mad for a couple grams

And she don’t want to go outside tonight

And in a pipe she flies to the Motherland

Or sells love to another man”- Ed Sherran’s A-Team

These songs shed light on some serious issues within the context of American culture. People would not have such passionate thoughts about these drugs and associated difficulties that accompany drug use if it were not for the counter culture that exists and has existed in the United States since prohibition.  Drug use has also been sensationalized and used in various circles, notably in the Hollywood scene. How many photos/ articles exist of Amanda Bynes or Lindsay Lohan using drugs/alcohol to cope with, or using to fit into specific scenes?

“But goddam, he loved that feeling

Purple rain coated in the throat, just so healing

Liquid affix and it comes with a cost

It is difficult to find support for substance abuse, because many hit rock bottom and have exhausted all of their resources they can before they search out anyone who can help. Celebrities have more spending money and access to “fun”, the line in the sand concerning abuse is harder to manage, and the pressure to have “fun” is more present due to the availability of money.

In an interview Cory Monteith had with People in 2011, Montieth was quoted:

“I don’t want kids to think it’s okay to drop out of school and get high, and they’ll be famous actors, too … But for those people who might give up: Get real about what you want and go after it.”