byAmanda Huber
in Education, Local, News, Politics
0
ADVERTISEMENT
Share on FacebookShare on TwitterShare on LinkedinShare on PinterestShare via EmailShare on Reddit

In North Carolina, plans are being made for saving 50 million dollars a year by denying children access to public education. There has been a push to privatize public education in states all across the nation, and North Carolina is no exception. The State plans to create a grant that will reallocate 50 million to private institutions instead of going towards the budgets of public schools.

While advocates are fighting the State to prevent issuing vouchers to students of low-income, another war is being fought to prevent online private schools from also shutting down public school doors. Fortunately, a North Carolina court has placed plans for an internet based school on hold.  However the group, N.C. Learns, continues to fight the ruling.

According to Real Facts NC reports:

N.C. Learns, a group behind a proposal for a 6,000 student virtual charter school, continues to fight a judge’s order that put the school’s plans on indefinite hold. The school would have been run by K12, Inc., a Wall Street-traded educational company that generated more than $700 million in revenue, mostly from public dollars for online-only schools it runs in more than two-dozen states around the country. K12 Inc. was founded by a former Goldman Sachs banker and by William Bennett, the Republican writer and talk-show host, with an infusion of cash from the former disgraced junk-bond king Mike Milken. Its teachers generally work from their homes, communicating with their students by e-mail or phone.This notion is disturbing on several levels as the program leans to a sort of discrimination. Being from a different part of the country and being bi-cultural personally, I find this is disturbing. Images of apartieds and segrigation start to come to mind as the idea of privatization takes control. Private schools do not operate under the same guidelines as the public school system, and many in the south come from a faith based community. Faith based communities do not take into account the differences between religions and private schools do not have the same systems in place to support and nurture growth that the public school system provides. 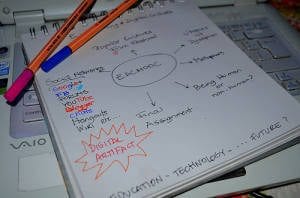 One argument being used against the public education system is that privatizing will help students receive a better quality education, and the state will spend less money in general on public school education in which they conclude will reduce spending. The proposed grants will be offered to students who meet the minimums for free and reduced lunch, but it does not stipulate how these kids will be chosen.

There is a small loophole which states that public funds will not be used for religious studies which may eliminate religious institutions with schools. In addition, being that the institution will be private, how will there be appropriate oversight?

On the issue of race, one has to consider the children who are mixed status or undocumented status who will be excluded from this bill. Also, how will students fair without ESL programs that are readily available in public schools? Will they fall between the cracks? In talking about falling between the cracks, what students will benefit from a home based education system, and who will make that determination?

For many low-income children, school is where some have their basic needs met were they have lunch, socialize, leave abusive situations or they are in-contact with people who will be able to help they with difficult home situations. Being in community mental health for a few years, most referrals for services come from the school system, concerned teachers, and staff who want the best for these students. The notion of privatizing the system to a home-based charter, even if it is not for the entire NC student population, it will lower the standards of care and protections for poor children across the state.

Pathway to Citizenship is good for North Carolina's Economy