The relationship between religion and mental health has been one that causes a lot of confusions and misinterpretations. Looking back into my own personal experience I felt that not having a spiritual connection through religion has affected my mental health negatively 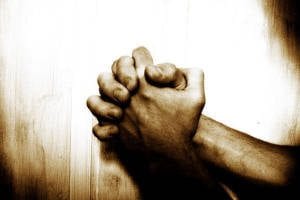 There are many studies done to determine the relationship between religion and mental health, and one thing that kept coming up was the idea that religions that focus on punitive gods tend to impact one’s mental state negatively. There are three types of religious deities: punitive gods, benign gods, detached gods.

Out of the three, religions that have punitive gods tend to create the most emotional distress for people. Those with these types of deities can suffer with anxieties, intense fear, and obsessive thinking. Of course the correlation between angry gods and mental health does not equate to causation but it’s interesting to explore this relationship.

One the other hand, religion can have such a positive role in one’s mental health. In times of grief, trauma, or just stressful moments in general having a religious connection can help fill that void that is experienced. Religion can produce a source of strength. Faith can take someone a long way throughout the good and bad of life. Religion is also a coping mechanism. Prayer is the number one ritual performed in times of high distress. Religion can also guide us by providing us with morals and values to take on everyday life.

The connection between religion and mental illness is still blurred but one thing is for certain having something to turn to when things get hard can be really helpful. Even if you are atheist, it is important to figure out what is that one thing that is going to help you get through life when it seems pointless.

Listen to Episode 9 of my Podcast Anxious Ramblings!

The Building Blocks of your Oral Health: Vitamins and Minerals