Is Your Spouse The Next Walter White?

byDeborah Nguyen
in Criminal Justice, Opinion
0
ADVERTISEMENT
Share on FacebookShare on TwitterShare on LinkedinShare on PinterestShare via EmailShare on Reddit 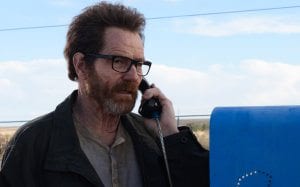 Walter White, the fictional character of Breaking Bad fame, has quickly become the antihero that people couldn’t avoid loving. In reality, however, life isn’t always like it’s portrayed on television. While the difficulties that White faced were extreme, it’s often the family of a criminal who ends up hurt, both physically and emotionally.

While it’s hard to say just how many people have spouses who are drug dealers, the reality of the situation is that a drug arrest happens every 17 seconds in America. With these types of numbers, it’s imperative for those who suspect a spouse of criminal activity to know what they’re up against.

One of the most serious risks that a person faces when their partner is engaged in criminal activity is from the spouse themselves. This is especially the case when the person in question is not just trafficking drugs but using them. Drugs such as benzodiazepine (Valium), cocaine, crack, meth and anabolic steroids can all increase aggression in a person. Sadly, as was the case with wrestler Chris Benoit, this can lead to violent and sometimes deadly outcomes for a user’s spouse.

A person engaged in criminal activity, however, doesn’t have to be on drugs to be violent. Simply being involved in such a stressful atmosphere can lead to violent behavior. One of the main precursors for domestic violence, for instance, is displaced anger. This occurs when a person showcases anger or acts violently towards a subject who is not actually the cause of their anger. This displaced anger can lead to repeated physical abuse in a relationship.

Even if a person has the most mild-mannered spouse in the world, his criminal activity puts his family’s safety at risk. His colleagues may not always be so concerned about the welfare of his family. As a matter of fact, families stand the risk of being used as a bargaining chip, or are seen as a liability, when complications occur in the illicit goings on. This was portrayed in the movie Alpha Dog which told the true story of 15-year-old Nick Markowitz being kidnapped and murdered over drug money that his half-brother owed.

There are a few options of recourse that a person has when their spouse has put them into danger. One option could be developing a safety plan in order to protect yourself and your family in advance. Contacting the national domestic violence hotline to obtain information and identify resources may help you process the chaos around you. Also, you may want to consult a divorce attorney to see what options are available to dissolve the relationship.

The first step to getting out of these situations with your level head intact is recognizing that there is an issue. If you don’t know where the source of income springs from, this could be an immediate red flag that something suspicious is going on. Do your research and start collecting financial information and by performing a criminal history check.

If you find out the whole ugly truth to be real, be prepared to walk away. You have to ensure your and your children’s safety. But you probably don’t know the extent that his influence reached within his business colleagues. Your future could be wrought with danger. No level of criminal activity is safe, so getting out as quickly as possible is the only safe recourse.

While watching the character Walter White was undoubtedly enjoyable for millions of people, the realities of living a life that is funded by illegal drugs is undoubtedly accompanied by many risks.

How to Protect Your Child Against Sexual Abuse

Debbie Nguyen is a transplant from Vietnam, but she grew up in Washington, D.C. and Illinois. She has a degree from the Georgia Institute of Technology in Industrial Design. She also studied Architecture for 4 years there. Debbie is an award-winning graphic designer, writer, blogger, compulsive reader (yes, cereal boxes count as reading material), and knitter. She is married to an architect and has two amazing teen boys.