byNicole Bailey-Covin
in Health, Mental Health, Parenting, Youth
0
ADVERTISEMENT
Share on FacebookShare on TwitterShare on LinkedinShare on PinterestShare via EmailShare on Reddit 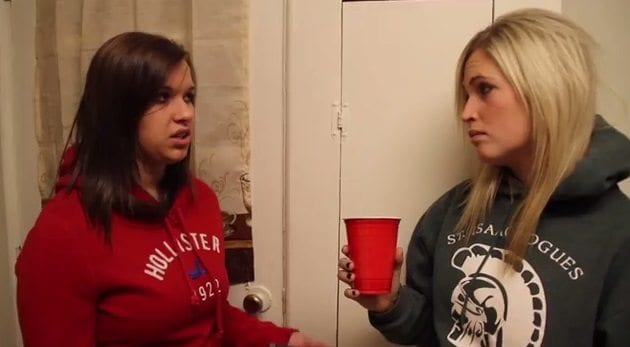 Teenagers do not have an easy time in today’s world. Along with maintaining their academic grades, completing homework assignments on time, learning how to drive a car, and making first attempts at romantic relationships, kids have a lot to think about every day. Many teens succumb to peer pressure during this experimental and confusing time in their lives. Even if you have taught your children about the dangers of drinking and driving under the influence of alcohol or drugs, her friends may have more influence at times than you do. How can you help your teen make good choices?

Speak Openly to Your Kids

One of the best things you can do, as a parent, to combat peer pressure is to talk openly with your children. Ask them about their friends, their hobbies, and their feelings – anything that can help them understand that you are someone they can trust; someone they can share concerns with. Let your teen know that it is OK to make mistakes, but when it comes to alcohol, those mistakes can be deadly.

If your teen tells you he feels pressured to drink in order to fit in with the clique at school, explain to him that true friends would never encourage him to do something he isn’t comfortable with, especially if it is something illegal, like underage drinking. Talk to your teen about experiences in your own life if possible in which you didn’t go along with the crowd and still achieved happiness and did great things.

When you suspect your teenager may be headed down a destructive road, you have every right to investigate. Her life may depend on it. As a parent, it is your duty to periodically check emails, text messages, and Internet search history.

Look for conversations about drinking, partying or anything else that may be alcohol or drug related inferences. Pay attention to teen lingo such as, “POS” (parent over shoulder), “PAW” (parents are watching), and “PIR” (parent in the room) that might be used during conversations about covert actions.

One of the biggest concerns you can convey to your teen about drinking is the serious consequences – legally, emotionally, and financially – that drinking and driving under the influence of alcohol or drugs (DUI) can have on her future.

States have various DUI laws addressing drinking under the age of 21.  Young people are usually surprised by the severity of the charges, especially in some states. For example in Florida, one DUI attorney at Katz & Phillips, PA points out that the legal drinking age has been 21 since 1987 and one drink could put a teenage on the wrong side of the law.

“Adults are not legally considered to be driving under the influence in Florida until their blood alcohol concentration reaches .08 percent. If you’re under 21, you don’t have that luxury. You’ll blow over at .02 percent – the legal limit for underage drivers — and you can be charged with a DUI.” ~David Katz

Teenage drinking is a serious issue that could result in a criminal record, license revocation, and even jail time. The more seriously you explain the consequences, the better the chances your child will realize the gravity of this dangerous activity and choose to refrain from it regardless of what his friends are doing.

3 New Year Resolutions That You Should Actually Do

3 New Year Resolutions That You Should Actually Do

Crowdsourcing for Nonprofits: What You Need to Know