Reducing the Risk of Developing Dementia: Is Freedom 55 Really Attainable?

Dementia is a debilitating illness that is characterized by degeneration of memory, cognition, behaviour and the ability to perform activities of daily living. Approximately 35.6 million people worldwide have dementia and there are 7.7 million new cases every year, given the projected increase of the aging population. In addition, although dementia mainly affects older adults, it is not a normal component of aging because it has led to much disability and lack of independence among older adults throughout the world. 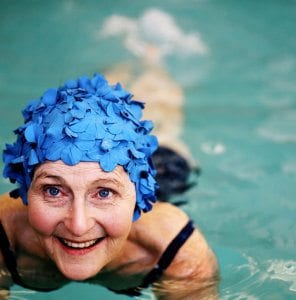 Although incidences of dementia, the most common being Alzheimer’s disease, have been rapidly increasing, no treatment has been developed to cure the disease or reverse its deterioration of the brain and individuals’ functioning capacity. Therefore, research needs to take place to establish inexpensive ways to help individuals reduce their risk of dementia and maintain cognitive function.

Recent studies suggest that people who delay retirement have a decreased risk of developing Alzheimer’s disease or a related dementia. However, researchers believe that the age of onset of Alzheimer’s disease and dementia is affected by many more complex risk factors and protective factors that extend beyond simply delaying retirement, which makes this topic relevant to the future health of older adults.

Although, many individuals enter into a pursuit of attaining Freedom 55, this may not be the healthiest option for older adults. A recent study lead by Carole Dufouil concluded that every additional year of work could reduce the risk of developing dementia by 3.2 percent, decreasing the risk of developing Alzheimer’s disease or a related dementia. However, the findings of the study are reliant on many more complex protective factors than only retirement such factors include education, occupation and retirement age.

Firstly, education produces health and well-being, which thus lowers an individual’s risk of developing dementia. In addition, each year of education may decreased the risk of developing dementia by 12 percent. Secondly, employment can be both mentally and socially stimulating, thus helping an individual maintain cognitive abilities. Thirdly, level of occupation, retirement age and education may have greater cognitive reserve capacity that may delay onset of dementia. Other protective factors may include a healthy diet, exercise and continued cognitive stimulation activities later in life.

Therefore, since the amount of people with dementia is expected to double by 2040, it is evident that a means to reduce the risk of dementia needs to be developed. However, older adults must decide what activities will be the most effective in helping them maintain cognitive and mental health throughout old age. For some this may be continuing to work or retirement, depending on their current occupation and job satisfaction. It does not make sense for an individual to continue working if they hate their job; therefore, an older adult must choose unique ways of exercising their brains that will work for them. Freedom 55 may be attainable for some; however, not for all.

Crowdsourcing for Nonprofits: What You Need to Know