byTerrence Shulman
in Criminal Justice, Entertainment, Mental Health
0
ADVERTISEMENT
Share on FacebookShare on TwitterShare on LinkedinShare on PinterestShare via EmailShare on Reddit

According to recent statistics and surveys, more than 10% of Americans shoplift. The vast majority of them shoplift not out of economic need or greed but in response to personal and social pressures in their lives. For most shoplifters, it’s not about the money or the thing–Winona Ryder proved that. Most act out of feelings of anger, loss, disempowerment, and entitlement, and many become hooked, and addicted. Nearly 70% of shoplifters arrested will shoplift again. Have you or anyone you know ever shoplifted? 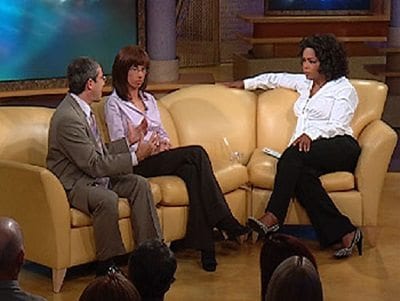 A related behavior, employee theft, is even more pervasive. The American Society of Employers estimates that retailers alone lose 2-3 times as much from “internal theft” as from shoplifting and that 55% of employee theft is committed by managers and supervisors.

The U.S. Chamber of Commerce estimates that 75% of employees steal from their workplace and that most do so repeatedly. Even “time theft” or loafing costs U.S. employers nearly $500 billion per year in lost productivity. The FBI calls employee theft “the fastest growing crime in America.” Have you or anyone you know ever stolen anything from the workplace?

In addition, you’ve no doubt heard Oprah, Suze Orman, or dozens of others sound an alarm about the growing problem of individual and collective debt and financial “dysfunctions.” The primary culprit is out-of-control shopping and spending. In 2006, Stanford University published the results of its landmark study which identified “compulsive buying disorder” as a phenomenon affecting 6% of Americans (nearly 18 million people).

Men and women suffer about equally from this disorder which often results in lying and hiding behaviors—similar to other addictions—as well as hoarding. Other statistics show that the average American is nearly $10,000 in debt due to discretionary purchases and that arguments about money and spending are the leading cause of conflict and separation/divorce among couples.

Have you or someone you know ever had a shopping or spending problem? What is common about shoplifting, employee theft, and over-shopping or overspending is that they have only recently been identified and treated as mental health issues. Most compulsive theft differs from kleptomania—a rare impulse control disorder that affects 6 out of 1,000 Americans, mostly women from age 20 and up, and which remains the only officially recognized diagnosis for theft behavior.

Theft is typically viewed as merely a legal or a moral issue, as in “Thou Shalt Not Steal.” With shopping or spending, we joke about “retail therapy” and label ourselves or others “shopaholics” with pride. Telling someone with a serious shopping or spending problem to just cut up their credit card is like telling an alcoholic “just don’t drink.”

As a therapist specializing in treating compulsive theft and spending and as a recovering theft addict myself since 1990, I have had the opportunity to help thousands of people over the last 16 years. In 1992 I founded C.A.S.A. (Cleptomaniacs And Shoplifters Anonymous). Only a handful of such support groups exist in the world. While there are more Debtors, Anonymous groups, around, there are no Shopaholics Anonymous groups. Most therapists fail to recognize, let alone effectively treat, people who are afflicted with theft or spending issues. Frankly, most clients themselves rarely bring them up out of fear, shame, and ignorance.

In the mental health profession, we have failed to recognize these behaviors as both widespread and treatable. On most of our basic screening forms, we assess for all sorts of problems but not about stealing or shopping/spending. It may only be when a client is formally asked “Have you ever had a problem with shoplifting, employee theft, or shopping, spending, or money?” that we, as well as the client, may recognize this as a vital and relevant issue.

It takes extreme sensitivity and competence to navigate the waters of a client who has chronic theft or spending issues. Some questions to explore are whether a client can go to stores or back to work; whether they should get rid of certain items or money and if so, when and how? What are “gray areas” they need to be alert to? How do they regain the trust of their family and friends? Indeed, many keep secrets from loved ones and wonder whether to tell at all.
Let’s take a closer look at some categories of people who steal and over-shop or overspend. Taking theft first, I have theorized there are primarily seven types of people who steal:

Similarly, there are several categories of compulsive shoppers or spenders:

There are those who are less concerned with “things” than experiences or who may make occasional—rather than frequent—purchases that are financially excessive. Overspenders may splurge on dining out, vacations, theatre/concerts, hosting parties/weddings/gatherings, or may exceed their budget on cars, homes, an engagement/wedding ring, or other “lifestyle purchases.” With compulsive theft and spending, there are roughly ten emotional issues that often
are at the root of the person’s behavior, the fuel that is driving it. These motivations can be applied to other addictions as well.

I offer this work not to make excuses for stealing or over-shopping/overspending but to help us become aware that we need treatment alternatives. We need to look at the roots of these behaviors which are not merely personal or familial but are related to increased stress, materialism, emptiness, and addiction in our society and world. We need more research and new perspectives. Like with any epidemic, the longer we wait, the more we will all suffer. My hope is that with more open conversation and more resources available, we shall see a transformation in the awareness of how we view these behaviors. Then, and only then, will we attain a more honest, balanced, and abundant society and the world.

Modern Day Slavery in the UK