byAmanda Stemen
in Education, Social Good
0
ADVERTISEMENT
Share on FacebookShare on TwitterShare on LinkedinShare on PinterestShare via EmailShare on Reddit

My last article asserted that college education is returning to an elitist institution as it becomes more and more unaffordable to low and middle-income Americans. However, I see no sense in simply focusing on issues without exploring solutions. That’s just complaining. There are alternative options to finance higher education for all who wish to attend some of which are routine elsewhere in the world and beginning to be explored here in the U.S. 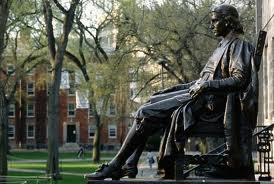 My personal favorite. Scandinavian countries are big on this and are also frequently ranked high in quality of living. Much of this can be attributed to socialistic practices, which is code word for higher taxes. But let’s be honest, the concept of socialism is fairly taboo for many in this country. However, even in the U.S., socialistic practices are utilized, including free tuition.

One way this is being explored is through the no loan pledge, implemented in approximately 70 U.S. colleges and universities, replacing loans with grants for the most financially needy students. As well, there are some colleges and universities in the U.S. that offer all accepted students free tuition (i.e., Cooper Union, College of the Ozarks, and the military academies). There is also the option for international students (U.S. included) to receive free tuition at some international schools (i.e., Scandinavia again, as well as Hong Kong, South Korea, and Amsterdam).

Supplemented by the federal government but still charge fees. France, Ireland, and Ghana are some countries that operate in this manner. Even with the fees, they’re nominal compared to tuition paid in the U.S. and for those who cannot afford them, some countries offer assistance.

This differs from straight up loans in that upon graduation you pay a fixed percentage of your income for a fixed number of years and anything that isn’t paid off is forgiven. Australia has operated in this manner for years and other countries are beginning to offer similar programs, including the U.S. to a certain extent. In 2009 the U.S. implemented income-based repayments; however, depending on what you qualify for you could end up paying significantly more than was ever borrowed. Australia taps out when you’ve paid what was originally borrowed plus the low interest rate. There’s also a company called Lumni that is offering “human capital contracts” to low-income students in the U.S., Mexico, Chile, and Columbia that operate in the same manner as Australia’s income-contingent repayment plan.

However, while these options are ways to provide equal access to higher education as far as tuition is concerned, there is still concern over cost of living. Even if tuition is free, there’s still room and board, food, books, supplies, etc. in which low and middle income students would still have difficulty covering these expenses. There are options that do address this concern offering a variety of assistance ranging from inclusion of these costs in the tuition assistance to grants and scholarships. This is necessary to take into consideration as higher education reform is further explored or else needy students still won’t be able to afford college.

While many college graduates owe their first born to lenders and current/future students worry they’ll have to make a deal with the devil or not attend college at all, the situation is far from hopeless. This is becoming a large and loud national debate and most recognize that change is necessary. Whether the change employs a current approach implemented more broadly or another approach is taken entirely, as long as we continue to advocate for equal access to higher education it is inevitable.

Supervised Injection Facilities: Is this a Solution to Drug Use?

Response to: "Cash for Kidneys: The Case for a Market for Organs"