Supervised Injection Facilities: Is this a Solution to Drug Use?

byMegan Ferguson
in Mental Health, Social Work
0
ADVERTISEMENT
Share on FacebookShare on TwitterShare on LinkedinShare on PinterestShare via EmailShare on Reddit 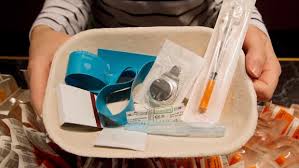 Governments believe that the provision of a legal centre to inject drugs could support initiation of drug use. The increased rates of injection drug use in the United States have lead to the banned funding for needle exchange programs; however, this ban has not occurred in Canada. In addition, supervised injection facilities demonstrate much potential in overcoming some of the inconvenient ecological factors that drug users encounter. Some of these factors include a less “rushed” injecting atmosphere and the encouragement of safer injection methods by drug users. Studies have also shown that attendance at supervised injection facilities could lead to entry into addiction treatment.

Supervised injection facilities also reduce the negative factors associated with public injecting. Public injecting often takes place in unsanitary environments that do not allow hygienic injecting. Drug users who inject in public have increased risk of abscesses, damage of veins, syringe sharing, HCV infection, HIV infection and overdose. Public injecting users are often more concerned about the risks of interruption (ie. Interruption by police or interruption due to missing a hit) rather than practicing safe injection methods. The establishment of supervised injection facilities aims to decrease harms such as these.

In addition, users of supervised injection facilities report reduced participation in public injecting. However, the potential benefits of supervised injection sites have not been fully realized which has lead to many limitations that are present within these facilities. Some of these limitations include the inability to assist individuals with injections, affordable housing, accessible toilets and the consideration of programs aimed to enhance drug users’ personal safety; however, the introduction of these programs have not occurred due to governments’ opposition.

Modern Day Slavery in the UK