byGradle Gardner-Martin
in Immigration, Social Work
0
ADVERTISEMENT
Share on FacebookShare on TwitterShare on LinkedinShare on PinterestShare via EmailShare on Reddit 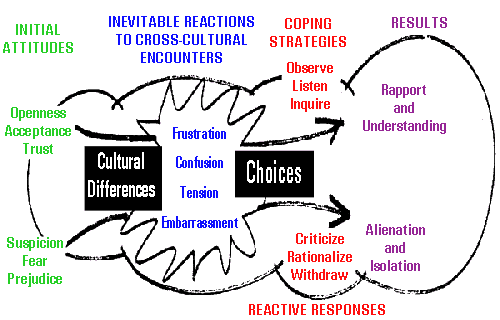 Whilst working in local authority (Child Welfare Agency) as an auditor and conference chair, I have been involved in several child protection cases involving North Korean families. Child abuse is a complicated issue and there is much research on families in the UK from different cultural backgrounds and a lot of information can be found by looking at the Serious Case Review Biannual Analysis which is what I often do when researching issues to do with child abuse. As social workers we are often focused on some of the most difficult aspects of humanity, and our need to find out what the negatives are almost prevents us to see what the positive aspects of people’s worlds and cultures are.

Serious case reviews are a well researched government sponsored data gathering which is put into information which is easy to assimilate and not full of academic jargon based on class room discussions. The Biannual Analysis deals with real families that we as practitioners work with every day, unfortunately these reviews consist of children and families struck by tragedy. What did the Biannual Analysis tell me about North Korean families? Much in social work is based on hunches and anecdotes, my current inquiry was why are so many North Korean families being referred to children’s services and why was the nature of the child abuse so similar? I have not been able to find any information that can help me which might be a good thing bearing in mind the criteria that cases are submitted for SCR’s.

I have been involved with cases which have similar factors, they show the impact of parents who as children were abused or had harsh treatment in their past, and who may also have had recent post traumatic stress from possible torture or fear and anxiety of retribution or separation from family who may be at risk back home.

Also, I made an information request to the ICS department, ( ICS is our data capture system)which did not show huge numbers subject to child protection plans, but certainly showed significant numbers of children who are subject to child welfare services. This particular local authority has a high number of North Korean families. Other facts about their circumstances and child in need support may provide us with some interesting insights into these families who have sought refuge in a far away country.

As a social worker I am challenged to look after my wellbeing by eating healthy food, however local to where I work, there is a great Japanese street food restaurant that does fast take away orders. This is where I normally grab something to eat, served by the same familiar woman who takes my order and shouted it out in what I thought was Japanese to chefs busy cooking on open fires in a row of street kitchens.

Almost suddenly in these times of austerity in London, a new Japanese restaurant opened around the corner to my office and as I have no commitment to anyone place I tried it out and began ordering my take away from the new place. A few months later a familiar face greeted me in the new restaurant, the smiling friendly face of the lady who formally shouted out my order with limited softness of face, in the bustling open street kitchen.

She greeted me like a long lost friend and was pleased to see me in the shop that she was now working in. She seemed very much more relaxed, possibly because the restaurant was fairly new and did not have as many customers as the street stall and she could actually have a conversation with me instead of the conveyor belt like system which kept the street kitchen lively and cheap.

Mi Yung and I started talking about her journey to Britain, and I was overwhelmed by her declaration about how she did not care if she woke up and it was raining (in Britain we moan about the weather) she was happy when it rained because she had the freedom to work where she wanted and to stand up to her bosses if she felt that her rights were being impinged. She had loved working in the street kitchen but the quickness of the serving had not allowed her to talk with people and this was what she wanted to do more than ever.

Her journey to freedom was based on the need to interact with people when she wanted and to be truly happy, working in this new restaurant meant that she could grow in a way that most people who are born into less restricted societies take for granted. And although she needed a job she expressed to me the need to work somewhere that she could be free and meet and greet the world.

Now, my inquiry is much more based on the positive aspects of the North Korean society in the area; how to mobilise the positive aspects of people like Mi Yung who see the world with eyes based on growth not just on past abuse or being stuck in trauma. Understanding culture is important for social workers, but we do not always need to learn from negative occurrences of adult violence or child abuse.

We can learn by understanding and interacting more with people who have come through adversity attempting to catch glimpses of how they remain resilient and what aspects of their positive worlds can aid those who are not so able to let go of their past. In terms of child protection the local authority should talk to people like Mi Yung to gain an understanding or what support can be put in place to aid and support North Korean families. With regard to social workers intervening with families of similar backgrounds, this lively discussion seems to have been missing in the past decade of social work transformation.

Obligation: Where Does It Come From?