In the days of Muhammad Ali and Wilma Rudolph, not only were they professional athletes at the top of their respective sports, they were also social activists who utilized their gifts and platforms to advance social discourse. Today, professional athletes have access to an even bigger platform with the advent of ESPN, the internet, and social media. One tweet can escalate into a global conversation, and last week it did. Social media was set a blaze after comments Kobe Bryant made in reference to the death of Trayvon Martin in an interview with the New Yorker. 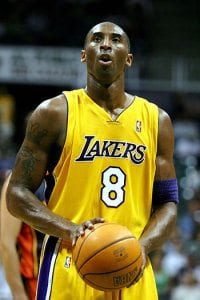 When asked about the Miami Heat’s photo of the team wearing hoodies which was released in protest of George Zimmerman not being charged after killing Trayvon Martin, Kobe Bryant had this to say,

“I won’t react to something just because I’m supposed to, because I’m an African-American. That argument doesn’t make any sense to me. So we want to advance as a society and as a culture, but, say, if something happens to an African-American, we immediately come to his defense? Yet you want to talk about how far we’ve progressed as a society? Well, if we’ve progressed as a society, then you don’t jump to somebody’s defense just because they’re African-American. You sit and you listen to the facts just like you would in any other situation, right? So I won’t assert myself.”  Read Full Article

When Colin Cowheard, host of ESPN’s The Herd, analyzed Kobe statements, his thoughts were “Good for you”, but then he asked African-American Damien Woody, “what did you hear”? Those in defense of Kobe’s comments argue that he was only relaying his desire for a colorblind society. Others argue that it’s his right to look at the Trayvon Martin’s case logical by weighing all the facts instead of feeling pressured by the African-American community to engage in protest. As others have pointed out, without high profile individuals such as Jamie Fox or the Miami Heats, there may have never been a trial for anyone to weigh the facts.

Which brings me to a larger question, what is the expectation of today’s professional athlete to be a social activist within his/her community? One of Muhammad Ali’s most famous quotes state, “A man that views the world at 50 the same as he did at 20 has wasted the last 30 years of his life”. In keeping with this quote of self-reflection and growth, here is my plea to Kobe Bryant to leave a better legacy than Michael Jordan:

First, I think it’s wrong to assume or place the expectation on yourself that the entire African-American race expects you to speak out on our behalf. Not saying you fall into this category yet, but put yourself in our shoes for a minute. Every rich African-American idiot with a platform and a twitter account should not be considered a representative of the African-American community because their talent gave them access to a global platform. As a result, many of us fight daily against the negative stereotypes placed upon us by entertainers and athletes which often become the first introduction of African-Americans to other cultures.

Secondly, you were raised in Italy with a father who played in the NBA. You received the rare privilege of escaping the challenges and barriers that black youth face in America daily. You were allowed to grow and developed in your formative years without having to endure the struggle between racial identity and assimilation from having to attend a predominately white private school in the United States. I don’t blame you for not being able to identify with the life and trials of Trayvon Martin and other black youth like him. However, I do hold you responsible for failing to understand a culture that you some how feel pressured to represent.

Third, You have spent your entire life chasing the ghost of Michael Jordan by trying to break every record, jump a little higher, and win more rings. However, I plea for you to be better than him. When I was a kid in elementary school, here in North Carolina, our teacher use to take us to the media center to watch the ACC playoffs to see Michael Jordan and the UNC Tarheels.

As a kid and a basketball player, I idolized Michael Jordan. As an adult, he is just a man who walked out on his family while leaving a string of dead black kids every time one of his shoes are released because he is intent on using a limited quantity and high price point strategy to drive demand. Micheal Jordan created the new model for professional athletes. Make as much money as you can, don’t get involved in anything outside of making money, don’t stand for anything, and focus solely on your personal success.

When historians, not the hall of fame, reflect on a person’s place in history, it is measured by their impact and influence on society. For this reason, you have an opportunity to surpass Michael Jordan by securing your place in history and not just the record books. Magic Johnson is one example of a professional athlete who has not only secured his place in the Hall of Fame, but he has established a place in history as a result of his social good business strategies, advocacy, and philanthropy.

You are a young man, yet you have spent the bulk of your life developing your basketball skills. As your career is coming to an end, don’t you think its time to begin investing in your character development and the man you want to become? There are times when being an agitator may be required, but the role of helping others achieve their best self is a gift. You have access to one of the greatest men on the planet, Magic Johnson who is one of your own LA Lakers, and I hope you seek him out as a mentor to help you with the second leg of your legacy.