In past administrations, the United States Supreme Court (SCOTUS) has been known for its role in being one branch of a three prong checks and balance system whose purpose is to prevent an imbalance of power within the government. Past supreme courts primarily remained apolitical while handing down decisions based on the spirit and the letter of the law even when it was not popular with the majority of Americans. 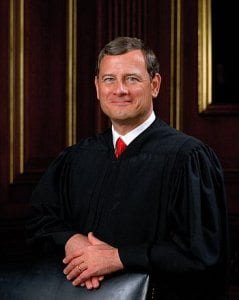 This is evidenced by a series of decisions that led to desegregation of schools, equal rights for women, and the Civil Rights Act of 1964 to name a few. However, the Robert’s court, one of George W. Bush last gifts to the American people, led by Chief Justice John Roberts  continues to use its power to dilute the rights of the Republic in order to reallocate those rights to the richest 600 people in America.

The last ruling by SCOTUS in McCutcheon v. Federal Election Commission in a 5 to 4 split removes campaign spending limits placed on donors. Republicans hale this ruling as a win because now rich donors can spend money to support candidates advancing their causes all over the United States without running into any donor caps. Democrats are mounting protest against the decision because they believe its will give money more speech over millions of Americans who can not afford to be heard.

Dr. Kristie Holmes, a social worker and professor, running for Congress in California has experienced first hand the challenges qualified candidates face when they are not independently wealthy. According to the LA Times, Holmes released statement said the ruling, “Continues to erode our nation’s campaign finance laws that were enacted to protect political equality”.

Join us today at 3PM EST for a live Tweetchat with Dr. Kristie Holmes, @DrKristie, using the hashtag #swhelper. This is also week 4 in our Evidence Based Twitter Chats, and we will be looking at using Twitter for Advocacy. In addition to talking with Dr. Holmes, we will also be weighing in on the conversation by adding #McCutcheon to our tweets in protest of the SCOTUS decision.

RT: Justice Breyer's #McCutcheon dissent: "Where enough money calls the tune, the general public will not be heard." pic.twitter.com/qFace7tZDL

Be A Voice for Social Work Education: CSWE 2014 Call for Volunteers