byPeter Choate
in News, Social Work
0
ADVERTISEMENT
Share on FacebookShare on TwitterShare on LinkedinShare on PinterestShare via EmailShare on Reddit 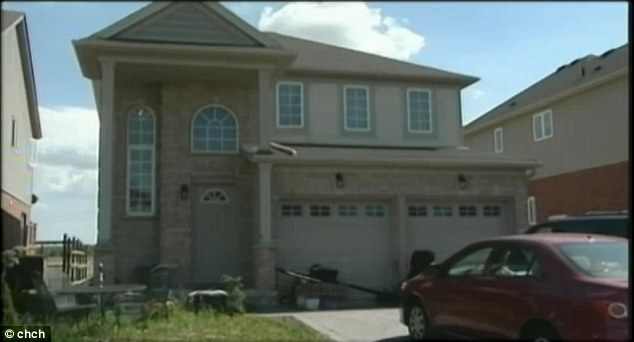 Canadian media have been covering the story of a 10 year old boy who was rescued by child protection workers in London, Ontario. They boy, who cannot be named in accordance with typical Canadian child protection legislation, had been locked in a bedroom of his aunt and uncle’s house for between 18-24 months. The room, like the rest of the house, police and social workers described as squalid. As the Globe and Mail newspaper reports, he was found in the master bedroom. His bed and his pajamas were soiled with urine and the room had left overs of his fast food diet. Feces were also found in the room.

For this boy, his confinement must have been even more confusing as he had a 9 year old cousin, the daughter of the aunt and uncle, who was not confined. But somehow, she must have been ingratiated into the need for secrecy as she went about her life outside the home.

The boy is not originally from Canada and has limited English. He has not been registered in school and thus was not known to educational officials. Therefore, his absence from school did not ring any bells – he just wasn’t known.

Media have also interviewed neighbors who also did not know of the boy, adding to his invisibility. Yet, somehow, child protection received a tip that he existed and went out to investigate. Knocks on the door went unanswered but the social worker noted a shadow moving. Police were summoned and the boy was found.

The good child protection practice here is being inquisitive and paying attention to what you see. The boy has been severely neglected bot physically and emotionally. He reportedly now wants normal food and the chance to go to school. This suggests that he had a connection to the average life experience of a child prior to being imprisoned by the aunt and uncle who now face criminal charges.

His case also reminds us of how powerful families can be in keeping abuse hidden. One has to imagine how isolated the boy was but knowing that just on the other side of the window were children and families going about their day. The home was in a typical residential neighborhood that might be seen anywhere in Canada or the USA. Children lived in the homes around this boy and he would have heard him them out playing. What power existed with the aunt and uncle that he would have remained so invisible? This is a lesson for child protection.

But so too is the apparent strength of his early life. Trauma informed therapy can build upon that helping him to realize the dream of going to school. Inside that dream will be many chapters that might range from connecting to other kids on up to building a future for himself.

No doubt in the weeks to come we will learn more about this story but it reminds us of the need to act, be alert to the data as it comes to you and to think critically about what the data means.