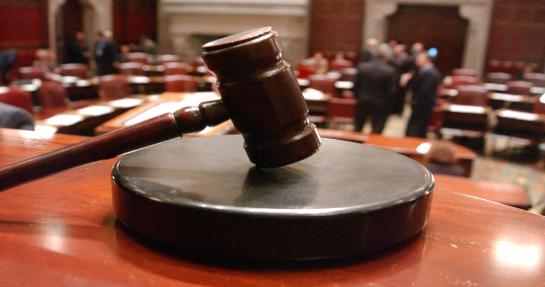 Legislators are still going back and forth on an adjournment date, but our latest predictions are that legislators will go home by the second week of July if they are not done the week of July 4th. With a lot of controversial bills still on the table and not having reached an agreement on the budget yet, legislators have a lot more work to do before adjourning for the year. It is possible for legislators to leave with the current budget in place that was passed in the 2013 long session and only make a few adjustments to cover the shortfalls in Medicaid and the Department of Revenue.

Week 6 of the short session started off with a new regulatory reform bill that created controversy for many House members that did not see the bill until shortly before it was presented. Legislators commented that their uneasiness with the bill stemmed from the bill being more than just regulatory reform and included other provisions. This uneasiness slowed down the bill and it was sent back to the Regulatory Reform Committee before going to the floor. Additionally, on Wednesday night, House Health and Human Services Committee members introduced a new Medicaid Reform plan that makes big changes for provider payment and certain I/DD clients in Cardinal Behavioral Health’s catchment area. More information about these two bills is below.

The Senate voted not to concur with House budget changes last week and a conference committee was established. The 41 member appointed committee is compromised mostly of appropriation chairs that will work to flush out the details and other influential legislators. Only one Democrat was appointed to the committee that will work to combine the House, Senate and Governor’s budgets. No persons of color were appointed. Legislative staff released a Comparison Report of the differences in the House and Senate budgets.