byKay Castillo
in Local, Politics, Social Justice, Social Work
0
ADVERTISEMENT
Share on FacebookShare on TwitterShare on LinkedinShare on PinterestShare via EmailShare on Reddit

The end of session should be approaching soon. The evidence? The large volume of bills that were gutted, amended, and flew through the legislature last week. The House and Senate are still divided on how large the Medicaid shortfall really might be – up to a $248 million difference between the two proposed budgets. 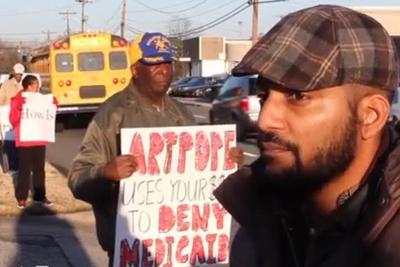 This was evidenced when the Senate nearly subpoenaed the State Budget Director, Art Pope to show up at their second budget meeting on Medicaid as he and his staff did not show up to one the previous week. Legislators grilled Mr. Pope on not being able to give definite numbers on the shortfall or how many adults and children are enrolled in Medicaid in the state. This tension continues to hold up the proposed budget for the House and the Senate.

Today, the House read the Suicide Prevention Resolution. The resolution called on NC to develop measures to help prevent suicide particularly for youth and veterans. Those in attendance were recognized by legislators in the House gallery during session. Many spent the day talking to legislators about how important the resolution is for young people and veterans in our state.

Last week, the Governor sent a directive to state departments to operate with the biggest cuts in the proposed budgets, but this does not include teacher assistants and massive cuts to the Aged, Blind, and Disabled on Medicaid. This would also mean no pay raises for state employees and teachers- a major goal outlined by legislators prior to the start of the short session.

While not a priority piece of legislation for NASW-NC, we wanted to address the comments made by Representative and Speaker Pro Tem Skip Stam regarding sexual orientation in the Diagnostic and Statistical Manual IV- TR (DSM-IV-TR) when discussed during debate on Senate Bill 793 Charter School Modifications. During debate, Representative Fisher put forth an amendment to prohibit charter schools from discriminating based on sexual orientation and gender identity.

The debate spurred questions on the definition of sexual orientation and Representative Stam shared with House members a memo from the outdated 2000 DSM-IV-TR on sexual paraphilias that listed a number of sexual perversions and disorders as well as homosexuality. The DSM removed homosexuality as a disorder in 1974. The amendment did not pass. On the second day of debate, Representative Ramsey pushed an amendment that would prohibit charter schools from discriminating based on any category under federal law or the Constitution. This amendment was approved and the bill passed.

NASW-NC does not support any form of discrimination based on sexual orientation or gender identity. We are pleased that House members found common ground not to discriminate in charter schools to further protect North Carolinians.

The Law is a Blunt Weapon to Be Used Carefully