byRebecca Joy Novell
in Diversity, Employment, News
0
ADVERTISEMENT
Share on FacebookShare on TwitterShare on LinkedinShare on PinterestShare via EmailShare on Reddit

In July of last year, the British Government introduced Employment Tribunal Fees for any employees seeking to challenge discrimination at work. Employees who have been intimidated, harassed or fired as a result of their gender, race or disability now have to pay up to £1,200 for their claim to be heard at an employment tribunal. 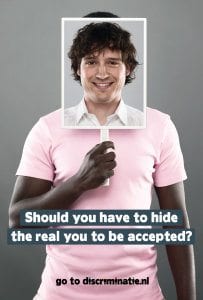 According to Government guidance, fees for challenging unpaid wages or for challenging your employer refusing to give you time off to go to antenatal classes are lower than fees for more ‘complicated issues’ such as discrimination complaints, unfair dismissal or whistleblowing. For these complex issues, sending a claim to the tribunal costs £250, which must be paid upfront, which is then to be followed by a Hearing Fee of £950. The Guidance clearly states: ‘If you don’t pay the fee when it is due your claim will be delayed and could be struck out (dismissed).’

Since the introduction of these fees, there has been a marked decrease in the number of claims made. Figures from the Ministry of Justice show that in 2013, between January and March, 6,017 sex discrimination claims were taken out by women. In the same period this year, the number of claims had dropped by nearly 80 per cent to 1,222 claims. Similarly, claims regarding race discrimination have fallen by 60 per cent and disability claims have fallen by 46 per cent.

Introducing fees is just another hurdle for those facing discrimination at work; even without the financial burden, standing up for yourself is an already costly move in many workplaces. Like approximately 50 per cent of British women, I too have experienced discrimination at work on an implicit and explicit level. Throughout my career as a Social Worker I have always worked in what is considered to be a “male realm”. I have become accustomed to the look of surprise on people’s faces when they realize I can, in fact, “keep up with the boys” and work successfully with dangerous and prolific offenders.

In one job, however, the discrimination was much more explicit and as such led me to not only feel undermined and embarrassed, but also anxious to go to work. I was having drinks after work one evening when a colleague showed me a group text conversation that had been sent around on the first day that I had started my new job. Male and female members of the team, including a Deputy Manager, had taken photos of me from across the office and had begun placing bets on who would be the first to have sex with me. Every time a man came over to speak to me, another photo was stealthily taken.

My colleague had shown me the messages in the expectation that I would find this conversation humourous. She quickly began back-tracking when she realized just how angry and embarrassed I was. I took the issue to my Manager but felt unable to pursue it as everyone else in the team classed it as “a harmless joke.” As I was only a few months in to my new job, I was worried that pursuing some form of action would isolate me at work. As a result, no action was ever taken. Those who took the pictures were not even informed that what they had done had upset and degraded me. Even without a financial barrier, the lack of support was enough to stop me making a case.

Whilst there should always be a push to stop vexatious claims, justice and equality should never only be available to those who can afford it. Introducing a fee to tackle discrimination is an affront to our civil liberties and human worth.

“Employment tribunal fees have been a huge victory for Britain’s worst bosses. By charging up-front fees for harassment and abuse claims the government has made it easier for bad employers to get away with the most appalling behaviour. Tribunal fees are part of a wider campaign to get rid of workers’ basic rights. The consequence has been to price low-paid and vulnerable people out of justice.”