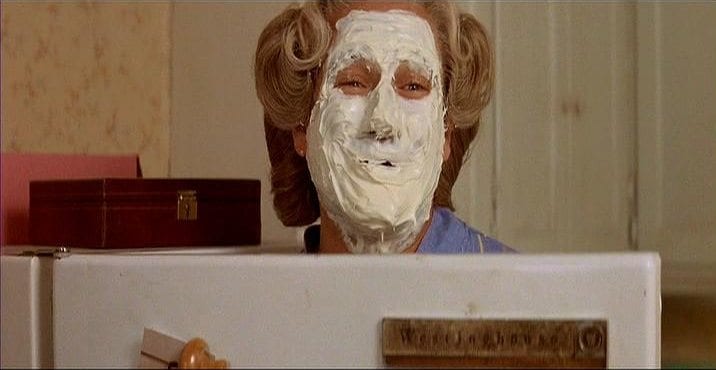 The ALS “Ice Bucket Challenge” is undoubtedly one of the most successful and engaging fundraising efforts in recent history. The challenge, which involved posting a video of yourself getting doused by a bucket of ice water, quickly gained popularity and became a social phenomenon. Teens, adults, celebrities, politicians, and even former President George W. Bush all took part in the challenge, with their videos gaining tens of millions of views. The result? The ALS Foundation saw donations skyrocket to over $110 million, a gigantic increase over the $2.7 million raised during the same time period last year. These incredible results show how the power of social media can be harnessed to raise awareness and support important causes.

But at the same time, the Ice Bucket Challenge (a term which the ALS Foundation has moved to trademark) swept across the internet, another challenge was desperately trying to gain traction. The #DoubtfireFace Challenge benefiting the American Foundation of Suicide Prevention (AFSP) aims to raise awareness about suicide. Instead of a dumping cold water on your head, the challenge encourages participants to take cake (or whipped cream) to the face, recreating the classic scene in Mrs. Doubtfire where late actor Robin Williams dunked his face in a cake. According to the website, the goal of the challenge is to celebrate Robin Williams while raising money for suicide prevention efforts. The challenge has all the same ingredients that made the Ice Bucket Challenge so successful: a laugh-inducing activity, ability to challenge your friends and family, and raising awareness for an important cause. So why haven’t you heard of the #DoubtfireFace Challenge?

The answer itself is simple, but the problem it highlights is not. Depression and suicide are highly stigmatized, and for this reason people are uncomfortable talking about suicide and chose to avoid the topic all together. The public discourse about suicide that does occur is often fraught with misunderstanding and judgment. This was alarmingly evident after the death of Robin Williams, which many people termed a “selfish act” by the actor. Such comments perpetuate stigma of mental illness and further exacerbate the problem with how suicide is viewed in the media and by the public at large.

The truth is, depression is a chronic disease of the brain just as is ALS. They both affect the brain and can rob the individual of quality of life, make daily functions more difficult, and impact an individual’s ability to care for their self. And, at their worst, they both claim lives. The biggest difference between suicide and ALS is that no one blames the individual for having ALS. You’re not considered “selfish” or at-fault when you suffer from ALS. Certainly no one in the media labels ALS as the product of some personal deficit or weakness.

What makes this problem all the more heartbreaking is that suicide claims 535% more lives than ALS every single year. Even more staggering is that suicide is the second leading cause of death globally for 15-29 year olds. These statistics aren’t doctored, they’re reality. Yet, despite the shocking reality of the situation, we as a society continue to remain silent when it comes to suicide prevention efforts.

Every single day we choose to remain silent, another 100 people die to suicide in America. These are lives we could be saving if we starting speaking up. Donations to organizations that provide suicide prevention directly saves lives. The money often goes to pay counselors and other front-line prevention efforts. You have a chance to save a life today, if you chose to. Will you accept the #DoubtfireFace Challenge?

Watch the University of Kentucky Counseling Center participate in the #DoubtFireFace Challenge at the Wildcat Wellness and Suicide Prevent Fair on September 30, 2014. Please feel free to share your videos with me at google.com/+PaulCMilford

*Author’s Note: The American Foundation for Suicide Prevention was asked to provide a comment for this article, they declined.