byPeter Choate
in Parenting, Social Work
0
ADVERTISEMENT
Share on FacebookShare on TwitterShare on LinkedinShare on PinterestShare via EmailShare on Reddit

Child custody disputes are rarely about the best interest of the child, and the stories are all too common. A parent is reported to have abducted their child as part of a long-standing custody and access dispute. Indeed, a quick Google search reveals almost 500,000 hits for the term parental abduction.The term parent alienation yielded over 1 million hits.

For the children, these battles between parents can be scary, particularly when they involve some form of abduction. They are being taken away from a parent who loves them by a parent who also professes the same thing. How can this be? But the abduction is rarely a unique event in the lives of children. They typically have faced years of conflict between parents. The list of what children are exposed too is long: 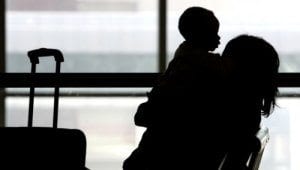 • Parents yelling at each other;
• Arguments in public at custody exchange places;
• Put downs of the other parent;
• Denial of financial support as a means of getting back at a parent;
• Refusal to allow a child to bring favourite toys or clothes to a visit;
• Efforts to get the child to take sides.

It doesn’t take much imagination to come up with a variety of other ways that parents seek to get back at each other. Too often, courts become part of the toolbox used by an angry parent. Anyone who has worked in this area can tell stories of a parent (too often representing themselves in court) filing petition after petition against the other parent. There are also the tragic cases where a parent kills the child. Here in Alberta, we recently saw the death of 9-year-old Amber Lucius. It is believed that her mother killed her. The media reports a six-year custody battle.

Courts are typically more focused on parents who can manage to get along or at least will honour the orders of the courts. They are not as effective with cases where the parent simply ignores the court orders. While this will vary from jurisdiction to jurisdiction, there is no doubt that the defiant parent will have created much havoc before the court holds that parent to task. Many will never get held accountable as the other parent just gives up – they can’t manage the battle any longer or they are out of money to defend themselves in court.

Child protection systems are often reluctant to get involved. They feels that a competent justice system is in place through family and divorce courts. Yet, these more extreme cases carry on creating damage to the child. A study just published in the journal Development and Psychopathology researchers Raver, Blair and Garrett-Peters showed that children who are exposed to verbal and physical aggression between parents have long term negative effects which include the ability to identify and regulate emotions. In other words, they suffer from a form of emotional abuse. Conflict between parents warring over custody and access can fit this description.

Child protection should get involved in these cases. They can bring another force of control against the non-compliant parent. In more extreme cases that might lead to more intrusive arrangements by child protection where a child is removed to kinship or foster care. These child custody disputes, while under the guise of the best interests of the child, are far from it. Society needs to be willing to protect the child and child protection may need to be one way to do that when other court based interventions fail.

Why You Haven't Heard about the #DoubtfireFace Challenge