byGregory Freed
in Criminal Justice, Culture, News
0
ADVERTISEMENT
Share on FacebookShare on TwitterShare on LinkedinShare on PinterestShare via EmailShare on Reddit 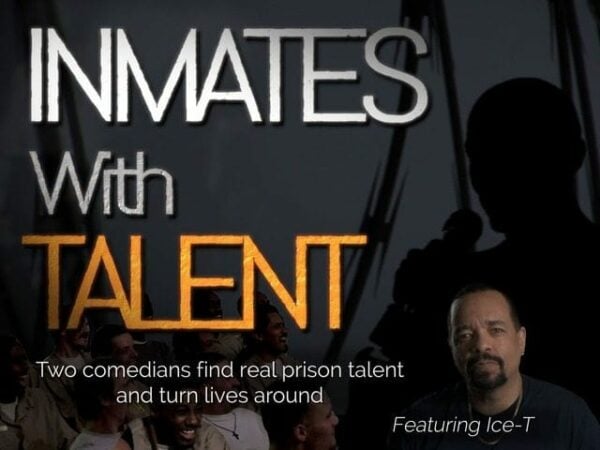 The problems of mass incarceration and prison over-crowding are finding an unusual audience lately. Advocacy for prison reform is gaining traction and wide-spread media attention causing States to re-examine their treatment of inmates. After watching an episode of Orange is the New Black, some viewers complained the show uses sex to glamorize life behind bars, when in fact the show’s politics are quite progressive while giving compelling back stories to a population American culture tends to marginalize.

The stage is primed for a more substantial conversation about what’s not right with our criminal justice policies, the media’s role, and the humanity of inmates. Inmates with Talent is a new film created by Johnny Collins and Joel Jerome which utilizes a creative approach to inspire hope and second chances.

Johnny Collins and Joel Jerome are two friends and stand-up comics who got the idea to add prisons to the long list of places they had performed. Their project morphed into something edgier and more political when, as the website for their project explains, they “began to visualize a prison showcase that features a lineup of both established comedians and talented inmates”. Johnny and Jerome were given unprecedented access to over 2,000 inmates as well as a celebrity endorsement.

What resulted was Inmates With Talent narrated by celebrity rapper and actor Ice-T, and they are aiming for either a tv or cinematic release. The project asks timely and thought-provoking questions such as “Could a career in comedy…help rehabilitate some offenders? Can entertainment be used to ease tensions in the prison system?”

Bringing the arts into jails and prisons isn’t new. A 2005 film called Shakespeare Behind Bars documented a now twenty-year-old program giving Kentucky inmates the chance to act in classic drama in an effort to find a kind of redemption in the fine arts. By all appearances, Inmates With Talent is taking a more populist approach focusing on inmates’ native talent not only in comedy but singing and spoken word poetry.

A lot of the men who participated weren’t just interested in creative endeavors as a professional move, they also hoped to use their talents as a tool to keep others from treading the same path to incarceration they did. Many emerging from incarceration express a wish to offer this gift to their communities, but many of them do not have viable platforms to use their experiences to deter others on the prison pipeline path.

The criminal justice system gives a lot of lip service to making ex-cons into productive members of society -a phrase with a lot of baggage that could use unpacking- but little thought is spared for allowing people to have rich and fulfilled lives after incarceration. Inmates with Talent is a reminder that people need more than a low-wage job if we are to claim rehabilitation is a way back into a livable life. The brightness of humanity shines more brightly when we have access to the fulfillment and enjoyment the arts can provide.

The popularity of well-established shows like America’s Got Talent and American Idol suggests there could be a sizeable audience for projects like Inmates With Talent. With approximately sixty hours of footage already developed, there is a lot of potential here for a combination of entertainment and important social commentary to occur. Measures such as California’s recently passed Proposition 47 suggests there is some movement in the right direction in criminal justice reform, and a show like Inmates with Talent could very well be the moral arc bending public opinion towards justice for society’s forgotten.

Eight years into a career in sentencing advocacy and forensic social work, Greg Freed's macro/political interests center on the problems of criminal justice in the US with all their issues of class, race, and other often unacknowledged factors. He has worked for The Legal Aid Society's Criminal Defense Practice in Manhattan and helped to integrate social work into public defense in Alameda County, California. Greg holds an MSW from the University of Chicago's School of Social Service Administration and has worked previously in community mental health.