bySteven Walker
in Education, Social Work
0
ADVERTISEMENT
Share on FacebookShare on TwitterShare on LinkedinShare on PinterestShare via EmailShare on Reddit 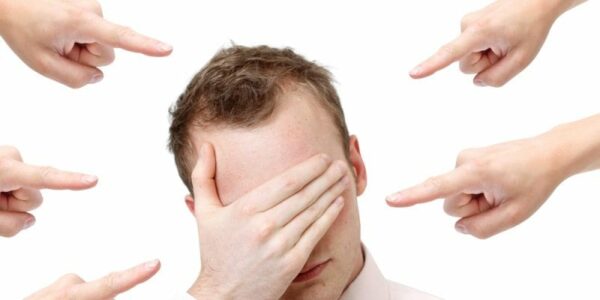 British Education Secretary Nicky Morgan’s proposed reform of UK social work training in the light of the Rotherham and Manchester child sexual abuse and trafficking scandals is another example of a knee-jerk reaction from a desperate government trying to deflect attention from  the consequences of the 2008 financial crisis and the consequences of Casino banking and millionaire tax dodging. The resulting operational problems in child protection services are not going to be solved by undermining and restructuring social work training. By targeting social work, other professions such as Teachers, Health and the Police are left relatively untroubled despite their legal role as jointly responsible for child protection.

Morgan wants to make social work more like teaching, where professionals are “free from the burden of over-prescriptive guidance and paperwork” and trusted to “make sensible decisions about the children in their care.” Many teachers might laugh at this description of their working environment. Her plans include yet another re-structuring of social work, following a pattern established in the 1970’s when society came to realise what was happening to vulnerable children and families. People demanded action and Politicians provided scapegoats.

Social workers are easy targets for the right wing media when it comes to reporting child abuse failures. BBC’s Panorama recently showed how other professionals notably the Police and Health Service staff were equally culpable in missing the risks to Baby Peter Connolly prior to his death at the hands of his carers in 2008. The programme was in stark contrast to the Establishment newspapers which targeted a social worker and her boss with blame. But history shows this witch-hunting, scapegoating reflex is nothing new and part of the modern Capitalist media narrative seeking to undermine the principles of the Welfare State, Local Authority social care and to pave the way for more privatisation.

In 1974, DHSS published a report into the death of Maria Colwell, another young child killed by her parents who was known to Social Workers. It was the first modern media scandal involving child abuse, death and a newspaper campaign to scapegoat social workers. Needless to say it was the first of 30 such reports between 1974 and 1988 as a steady number of similar cases grabbed public attention. Running in parallel with these developments in legislation over the past decade has been a deepening sense of public concern prompted by evidence of widespread physical and sexual abuse in children’s homes.

Legislative changes have mirrored or preceded such inquiries. In 1975, Parliament passed a Children Act which contained provisions relating to care proceedings, adoption, custodianship and the treatment of children in care. The provisions of the Act were implemented in stages over the next 10 years. Various measures relating to children in care were consolidated into the Child Care Act 1980. In 1984 the House of Commons Social Services Committee, produced a detailed report, Children in Care, which examined policy and practice in regard to children looked after by local authorities, voluntary organisations or other bodies other than their families. The report recommended that the DHSS establish a working party on Child Care Law. This recommendation was accepted, and the review which followed led, via a White Paper, to the enactment of the Children Act 1989, which forms the basis of current child care policy and practice.

The Cleveland Report (1988) and The Rochdale ‘Satanic Abuse’ Report (1990) had similarities with Rotherham and Manchester in that they presented a government with an excuse to quickly respond to the findings, be seen to be doing something, and placate the badgering right wing media. In 1982 the British Association of Social Workers published its own report into Child Abuse Inquiries. It found that ” frequently inquiries simply repeat the recommendations of previous inquiries and in many cases recommendations, if they have not already been carried out before the report is published, remain unimplemented. In few cases can it be claimed that the findings and recommendations of an inquiry justify the anguish, disruption and paralysis caused.”

With Morgan’s half-baked idea for a new level of training to be imposed upon social workers in the form of an Approved Child and Family Practitioner Status, it gives all the appearance of a logical step in enhancing social work practice and better protect children. Yet, nothing could be further from the truth. Social Work education and training has undergone countless changes since the early 1980’s after the Barclay report – yet another soul-searching exercise undertaken after the deaths of children known to social workers.

The Barclay report led to the Diploma in Social Work being established as the modern, skills-based professional training qualification with clear standards, supervision and evidence-based practice. But after yet another round of child protection scandals, media publicity and scapegoating, a new qualification was inaugurated in 2003 which made social work a graduate level training involving more time spent in practice learning and more extensive research evidence to back up a complex knowledge base acknowledged as necessary to enable staff to tackle entrenched poverty, adult mental health, modern parenting problems and new evidence of the extent of child sexual abuse. But these quick fix solutions fail on several counts.

First, they tackle the symptoms not the cause of child abuse and the deaths of children by their parents or carers and the underlying economic deprivation. Second, they fail to provide resources in terms of time, money and staff to respond to increasing numbers of child protection cases as communities suffer under austerity budgets. Third, they cause huge disruption to established training programmes and recruitment patterns so staff are relocated, redefined and given new guidance leading to confusion and defensive practice. Fourth, management are shielded from blame or themselves scapegoated causing a breakdown in the quantity and quality of experienced practitioners able to use their wisdom and experience.

Changing procedures or creating a child protection elite within social work is superficial window-dressing and a cruel deceit by a government ideologically repelled by the notion of community, solidarity and collective welfare. A comprehensive child protection system is best able to look after vulnerable children when all agencies are working jointly together with a common set of procedures and risk assessment tools, and who should be a last resort after proper resources are ploughed into families in need of support, and preventative methods of intervention to help rather than persecute vulnerable families.