byKirk Kerr
in Culture, News, Social Work
0
ADVERTISEMENT
Share on FacebookShare on TwitterShare on LinkedinShare on PinterestShare via EmailShare on Reddit

When people think of working professionals on social media, often there is a negative connotation that comes to mind. Many have used social media to express their personal viewpoints or to portray an image that has negative implications on their credibility and career.

However, in the field of social work, maintaining an air of professionalism while exercising confidentiality and discretion is especially important. However, despite having to navigate around some professional landmines, social media can be a valuable outlet for social workers to enact social change and address controversial issues. 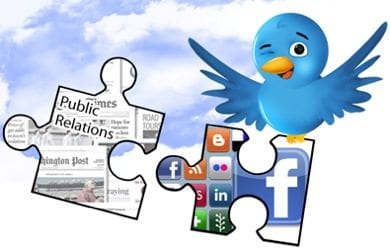 One of the most widely publicized examples is the portrayal of a social worker in BBC’s story of east Enders, where a social worker takes away an infant from her teenage mother.

With the widespread audience that is privy to this type of negative exposure, it is important for social workers to collectively combat the misconceptions about their profession, and those they serve.

Social Media and blogging can be an extremely effective tool in this effort. With over 33 million people in our nation using the internet daily, social media provides tremendous access. There have been a couple of shining examples of social workers effectively utilizing these channels. One of the foremost examples that come to mind is Masked AMHP; a British blog that focuses on the moral dilemmas that social workers face, and the proper manner in which to address them.

In addition to efforts by bloggers to clear up misconceptions about social workers, other social media channels can be a tremendous value added to the social work community. Not only can colleagues use these networks to connect and collaborate with ease, but channels such as Twitter and Facebook can be used to dispel societal misconceptions about the various ailments treated by caseworkers.

f you’ve followed the recent Ebola scare, you are likely well-versed in how misconceptions can spread.  The real disease, oftentimes, is ignorance. We need leaders in the social work community to step up publicly and combat the rampant misinformation that others purvey online.

Like Ebola, there are also widespread misconceptions and mental ailments that social workers deal with on a daily basis.  These are Issues such as domestic violence, child abuse, and behavioral, emotional, and mental issues.  These issues go unseen by many people and untalked about by those who know the most about them. However, the use of social media is becoming more widely accepted in the industry.

Empowering workers with the information they need to utilize these channels properly has been a huge hurdle to overcome. Equipped with the knowledge of how to use these tools, and do so properly, the next generation of social workers will have the tools they need to promote social justice.

Kirk Kerr is a recently graduated student from the College of Idaho where he studied a lot on social media and the growing role of social media in social work.