bySteven Walker
in Mental Health, News, Politics
0
ADVERTISEMENT
Share on FacebookShare on TwitterShare on LinkedinShare on PinterestShare via EmailShare on Reddit

Politicians in the United Kingdom have just announced plans to improve mental health services for children and young people. Leader Ed Milband accused the government of “stripping back preventive services”, and he stated his party is “committed to improving access to services and support”. If Economic austerity is set to continue after the General Election in May, then the current announcements by major politicians will be seen to be just more empty rhetoric with young people set to pay a heavy price. 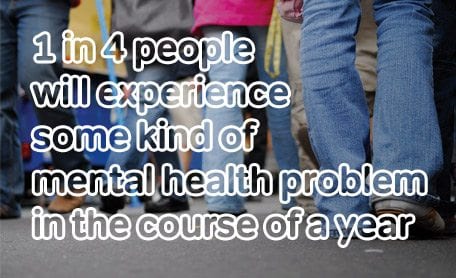 Official statistics show the volume and complexity of child and adolescent mental health problems have increased rapidly during the past five years of austerity. Public health enquiries and other research has highlighted the need for a response to meet the overwhelming demand which has stretched existing provision beyond its capacity to cope adequately.

Government policy directives encourage multi-disciplinary and more interprofessional working methods as part of the strategic response yet they do not provide any more finance to increase service provision. Demand has outstripped supply meaning that in nearly every part of the country waiting times for assessment are in excess of 8 weeks while it can take up to 6 months for treatment to begin. This is a long time to leave a child and family without any interventions in place.

The traditional model of service delivery in community Child and Adolescent Mental Health Services (CAMHS) in Britain began formally over fifty years ago. The first child guidance clinic opened in East London in 1948 after earlier limited developments to help children with emotional and behavioural difficulties.  After pressure from Education and Health officials since the beginning of the twentieth century, there were concerned about the abilities and behavioural problems of children brought into the new state compulsory education system. The clinics were comprised of an interprofessional team composed of various professionals with Health, Education and Social Work backgrounds who all brought their separate training, theoretical understandings, and working practices under one clinical umbrella.

Their aims were to intervene with children and families referred for help in a variety of ways where there were concerns about a child’s mental health, behaviour, or emotional development Each team member had distinctive skills and worked with the child, parents, or whole family. In the next twenty five years child guidance clinics grew in number and became accessible to more and more children and families. However, their success in offering support to parents resulted in increasing demand, creation of long waiting lists, delays in treatment, and pressure to prioritise the most urgent and worrying cases. These would invariably include children with severe and longstanding mental health problems, aggressive disturbed behaviour, physical, sexual or emotional abuse, depression, acute anxiety, and suicidal behaviour.

One of the difficulties highlighted in a seminal piece of research 20 years ago was the gap which had been steadily growing for decades between the primary care sector and the specialist child guidance service. A four-tier structure was designed to streamline the referral process for children who could be helped with minor emotional and behavioural problems at Tier 1 by their doctors (GP’s), teachers, social workers and health visitors. This system progressed from Tier 1 through to Tier 4 where very disturbed young people who were at risk of harming themselves or others could be supported by highly specialist staff in forensic work or eating disorders. The idea was based around the simple notion that early intervention could prevent problems from getting worse and thus harder to resolve. However, many believe the constant changes to Primary Care, National Health Service (NHS) re-organisation, and the introduction of private providers has destabilised the system, demoralised staff, and undermined good practice.

Child Guidance clinics were also incorporated in changes brought forward in the end of the last Century, and they were health-led bodies often designed as out- patient clinics in office buildings. When children and young people were consulted, feedback revealed consumers found these services lacked accessibility and were not designed around their needs. Additionally, the services were perceived as unhelpful, stigmatising and unfriendly. The milieu of young people’s mental health does not stick to 9-5 office hours which is often wrapped up with substance mis-use, drugs, alcohol and family breakdown.

Poverty, unemployment and poor housing are also implicated in developing and/or exacerbating mental health problems. What young people required were accessible services open at week-ends and evenings where they could drop-in, with staff who were qualified to work in a variety of therapeutic ways and who were trained in ways that enabled them to empathise and understand young people.

In 2008, the last national report from the NHS demanded increased training for all staff working with young people, more specialist resources, and extra investment in early intervention services to prevent problems arising in the first place. Seven years later the situation appears to be getting worse. Staff vacancies are high, moral is rock bottom, budgets are slashed and demand for help and support is increasing. Early intervention services have been cut back in a classic example of a false economy. The United Kingdom has the unhappiest children in the European Union, according to the World Health Organisation and the Children’s Society charity research.

Suicide is now the second-most common cause of death in young men and women in Britain, yet stigma and shame continue to blight those trying to cope. Three young people commit suicide every day while tens of thousands self-harm or suffer serious depression and anxiety preventing them studying or in some cases even attending school. Working class children feature disproportionately in the numbers affected. School teachers, practitioners, and parents are crying out for resources to tackle these problems.