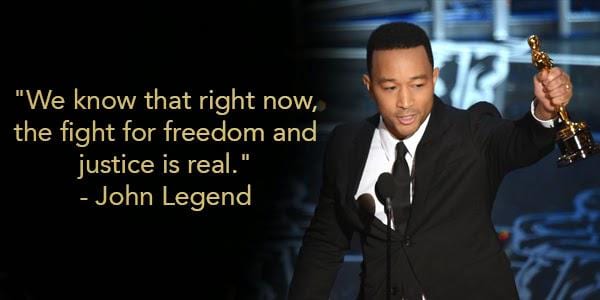 I became a social worker because I believe this profession has the greatest potential to create a more egalitarian society for all Americans and residents on the planet. We are taught the skills needed to organize and mobilize people and resources. We learn to do the research necessary to find solutions and policies to address our social problems, but we must be more political. That is the call of the 21st century for anyone not satisfied with the status quo. As Eldridge Cleaver once said: “If you are not part of the solution, you are part of the problem.”

As Black History Month rapidly draws to a close, we are reminded how much life is different for the average American depending on the color of your skin. The wealth of the median white household grew to 13 times that of the median black household in 2013, up from 10 times the wealth in 2010. Minorities still lag in health outcomes and educational achievement and blacks—especially black men—are disproportionately under the supervision of state and federal criminal justice systems.

Singer/songwriter John Legend used the white stage—I meant bright stage—of the Academy Awards ceremonies to inform America of the startling fact that more black men are under criminal justice supervision than were in slavery at any given time. True a greater percentage was enslaved but the sheer numbers are startling. One in three black men in this country has a felony, and black women are being locked up at an alarming rate.

Many argue that blacks disproportionately commit crimes. However, black men and women face a system where the police are often predatory, quick to arrest and sometimes shoot, and sentences are for longer terms than whites for the same crimes. In the words of Michelle Alexander, the criminal justice is the new Jim Crow.

The American society has long been hostile to the aspirations of black men as witnessed by a new report on lynching released by the Equal Justice Initiative. All of this leads to the destruction of opportunity for African Americans and weakening their ability to create healthy families without which the cycle of failure continues. Some view all of this talk as an excuse for the inability of black men to capitalize on their opportunities. In their minds discrimination does not exist in any significant degree as to deter the conscientious individual from achieving his or her full potential.

Many who desire and are willing to work towards a more egalitarian society are not by nature socialists. There are those who appreciate the free market system’s ability to distribute goods in society in a reasonably fair way but are not satisfied with the unequal distribution we have seen in the past several decades.

There will always be the greedy among us who will seek unfair advantage and use their economic power to game the system. The fact that we have a political system that encourages the free flow of money is evidence that money matters. Why else would the Koch brothers be willing to spend one billion dollars to influence the presidential election? This system favors and rewards those with wealth. Both parties are held hostage to donors without whom winning elections seems unattainable.

Meanwhile policies are put in place—tax cuts, campaign financing laws and gerrymandering, that solidifies the advantages of the wealthy and insure the election of a critical mass of legislators who assist in perpetuating their advantage. It becomes easier if you are able to demonize the opponents of this plutocratic scheme as un-American, envious of success, and those who would want to take the crumbs left for the middle class and give them to the undeserving poor. The irony is those who are able to see through the charade often become discouraged and complacent. These jaded citizens give up on the one thing that could really make a difference—they stop voting. And they fail to organize other jaded citizens.

Our economic and political systems are certainly stacked against the average American. Without collective bargaining, without collective organizing, little can be done individually to increase the valuation of labor or make sufficient political change. It is no coincidence that wage stagnation correlates significantly with the decline and near demise of labor unions.

The only line of defense against oligarchy is democracy, but it requires full participation by all of society’s citizenry and not just the comfortable. I believe the only way to get to full employment and adequate wages is by full political participation. How much different our society would be if ninety percent of its citizens would vote?