What is Identity Anyway?

byAnthony Heard
in Culture, News, Opinion
0
ADVERTISEMENT
Share on FacebookShare on TwitterShare on LinkedinShare on PinterestShare via EmailShare on Reddit

If you’ve read about Caitlyn Jenner, Rachel Dolezal, or just about any story of social importance lately, you have heard a lot about identity. Caitlyn Jenner identifies and is a transgender woman. Rachel Dolezal identifies as black but as Kimberly McKee, et al, aptly state, one can not simply choose to identify as a different race or ethnicity.

Everyone has an identity and as discussions of what facets of one identity really means, it is extremely important for social workers to know what identity means as whole for themselves as well as for their clients whose identities are certain to differ from their own, simply because no two people can possibly have the same identity, even if they both fall under one or more of the same cultural sub-groups.

Identity in the dictionary is “the fact of being who or what a person or thing is.” 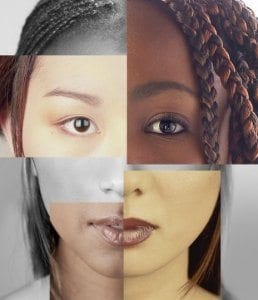 It includes how you define yourself and to a much more limited extent how others define you. It includes both ascribed traits, which we have no control over, achieved traits which we do, and some that appear might initially at least appear a combination of the two. Identity is a pretty broad concept, with layers of nuance, as one might expect from such an obtuse definition as provided above. For the purposes of defining identity here, we will borrow the ascribed vs. achieved trait/status model developed by sociologist Ralph Linton as a shortcut through flushing out nature vs. nurture, ecological systems, and free will.

Ascribed traits are outside your control and can include who your biological parents are, where you were born, your age/date of birth, what you look like without modification, your biological sex, parts of your health history, and slightly more fluid but nevertheless ascribed characteristics like sexuality, gender, and automatic thoughts and feelings when exposed to certain situations and triggers. It can include the socioeconomic status of your family as you grow up, because bootstraps are not provided until a certain age, what with our child labor laws and all. It can also include statuses related to those traits, such as the institutional racism afforded people of color, or the relative likelihood that a white individual will not be arrested for a similar legal transgression.

Achieved traits are up to you, at least in part, and can include your perception of who you are and others’ perceptions, as they related to things you do. It includes your beliefs and paradigms of how things work and how you interact with them. Sometimes it includes your choice of education, fashion, activities, literally everything you do and your behavior in general, how you vote, where you volunteer, and where you work, if you have the resources and awareness of options to be so picky. It include skills you practice, books you read, and subjects you study in school or elsewhere. An importantly overlooked achieved trait or status is how we specifically express our gender or sexual identity. More on that later.

Your identity includes your environment too. You can not separate your environment from your identity, whether it is chosen, like where you go to work, or not. Even if you are a child, are in prison, or economic factors prevent you from leaving a place you don’t want to be, where you are is part of who you are and may be an ascribed or achieved trait. A quick look at literally any survey based on geographic region (read: all of them, unless one is doing the biggest, single characteristic meta-analysis ever) and differences from locale to locale prove the role that location has an influence on, or is at least correlated with, who we are.

Some identity traits can be a combination of ascribed and achieved, or at least appear to be. In a non-scientific review of potential identity traits, many that initially appear combined may be more accurately separated into separate ascribed traits and achieved traits developed in response or as the result of an ascribed trait. For example, the all too common talking point used when denigrating individuals who are not heterosexual: They choose to act on it [with the assumption that it’s wrong]. To unpack this further, sexuality is an ascribed trait. Who you decide to have sex with, how you decide to sexually express yourself may be an achieved trait, but it’s no more reasonable to herald that as proof that sexuality is not ascribed than it is to expect any heterosexual individual to not find a way to express their sexuality.

To separate sexuality into an ascribed trait with achieved statuses may be technically accurate, but hollow in that the argument is not extended to individuals with heterosexual identities. The idea of sexuality as a choice or achieved status has already been appropriately eviscerated in other forums, with good reason. The fact that how one expresses it is a choice while technically accurate, is similarly hollow. It’s ridiculous to expect anyone to not make choices to express their relationship to such a deeply ascribed trait as sexuality.

Many other characteristics are clearly not chosen even when conventional and later fringe wisdom said they were, such as  gender status, including transgender status, but may have connected, achieved traits or statuses. The argument is frequently made that the ways available to express a transgender identity (surgery or literally any other way anyone else expresses their gender identity such as through pronouns, how one fills out forms that ask your gender, grooming habits, fashion choices, etc.) falsely asserts that the decision to express one’s gender identity is separate from the ascribed trait of gender.

The same as a cisgender people can choose a variety of ways to represent themselves, can decide on a variety of ways to identify or not identify as their gender, transgender people can too. And the same way it’s not okay for you to judge the way a cisgender person interprets their identity as it relates to their gender without directly harming others, it’s not okay to assign expectations and judgements to how a transgender person expresses their transgender identity, whether that be through surgery or any of the other number of ways everyone or no else expresses their gender identity.

Race, is now curiously up for debate as being not wholly ascribed, under the guise of being “just a social construct.” This recently popularized argument tends to ignore that it was and is a social construct connected directly to skin color and other physical characteristics, which are traits ascribed by biology. We made race, but we based it on ascribed traits and even if we had not, the society at large ascribed our races to us. While it is accurate to say we play in a role in the continuing cycle of oppression and our race identities, it is not accurate to suggest they are not ascribed anyway.

The fact that we made it up doesn’t mean it’s not connected to other identity characteristics we can not change at will. To suggest that one can simply decide is to completely negate the experience of individuals of color who did not get to choose, and have dealt with the consequences of racism. And even this is a dramatic oversimplification of race, as it does not take into account individuals of mixed race who do not clearly fit into one phenotype or the other. As noted previously, Kimberly McKee, et al, eloquently state why we can not choose our race in their recent article, “Why Co-opting Transracial in the Case of Rachel Dolezal is Problematic.”

Identity in the social context: One of the most challenging thing about identity is that our most true sense of our identity is our own, but the way others perceive our identity still impacts our lives and functioning. We can not arbitrarily decide that the intractable, ascribed pieces do not exist, but we can choose to not focus on them when we think of who we are, or minimize their importance compared to other parts of ourselves.

We can choose to focus on whatever we want to focus on when we describe ourselves or in how we act around others, and that is likely to impact their perception of our identity. It’s not a solid guarantee that this will impact how others’ identify us though, or necessarily should. To say “my identity should be only decided by me”, while appearing to be the most moral and reasonable determination, is not practically achievable because we can not divorce ourselves from all social interactions. All social interactions are reflections of the views of the people interacting in them.

In the cases in the news, it includes what we choose to highlight about all of the above when we represent ourselves to others. Caitlyn Jenner could have had transgender individual as part of her ascribed identity, and to her credit chose to be a transgender individual discussing her experience with her identity publicly. Her transgender status may have been ascribed, but how she expresses it is the part of her identity over which she can and has exercised volition.

The intersection of how identity includes your perceptions as well as those of others can be further illustrated with this example. Perhaps your identity includes being very confident in some situations (crisis intervention situations at work), but very insecure in others (large social gatherings). You prefer to emphasize your confidence, and think of yourself as a confident person. However, some friends of yours primarily interact with you at parties where you communicate that you are insecure through nonverbal communication. Which is your true identity? Can any really be excluded?

So identity is as broad as “the fact of being who or what a person or thing is” but with lots of facets:

Identity is as complex as all of the possible things that can make up what you are.

Anthony Heard, MSW, LCSW is a pediatric social worker at the University of Illinois Hospital in Chicago with experience in trauma-informed care, child protection, and healthcare. His interests range from these areas to health psychology and chronic disease to evaluation capacity building and implementation in social service programs.