Getting Social Workers Involved in Social Justice: Who Will Take the Lead 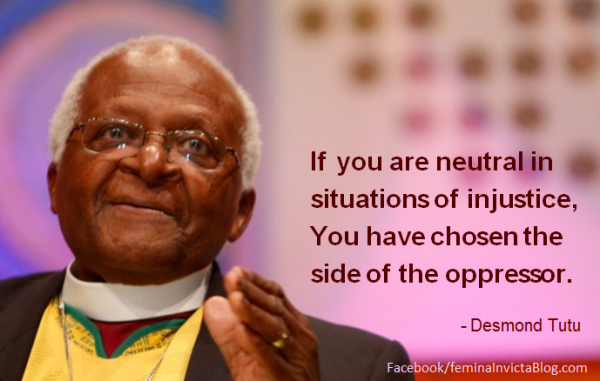 If you’re not sitting at the table, you’re on the menu. This pithy bit of wisdom was offered as a reminder by University of Illinois Springfield social work professor David Stoesz in a discussion thread on a social work policy listserv about the profession’s paltry participation in policy and politics. Social workers on that listserv are concerned about our level of effort on social justice issues in order to bring about societal change as our code of ethics mandates. Helping people cope with policies that have disproportionately favored the wealthy over the past several decades is not enough.

However, we must do more to change those policies and create a more egalitarian society. Two interesting articles caught my attention last week. One that was posted on Social Work Helper’s Facebook page had appeared in the Guardian. The article featured young social workers in the United Kingdom who expressed concern about their futures and the future of the profession of social work. One young man, Justin, who became a social worker after serving in the British military in Afghanistan, worried about the absence of a strong voice to represent the interests of social workers.

The other article was published in Al Jazeera by Sean McElwee, a young Demos research associate, titled: “Inequality is a disease, voting turnout is the cure.” This is an idea I have been preaching recently. He provides research to support this hypothesis. The questions are: Can social work can be the x-factor that helps propel a movement leading to full voter participation? And who will be the leader(s) of that effort?

What McElwee is stating is quite simple. The 2016 election will not turn so much on who votes but on who stays home. Non-voters are more likely to be low income and lean significantly towards Democrats. Registering these potential voters and getting them to the polls could have significant effects on the outcomes of elections at all levels of government.

Unions traditionally mobilize voters and got them to the polls. However we have seen the number of members and the power of union decline in recent decades.

Will social workers help fill that gap? I believe we can. Social workers can help would-be voters break through barriers such as voter identification. Republican strategist Chris Ladd says it’s time Democrats stop whining about voter ID laws and begin to help people get the documentation they need. Sounds like good advice.

Mildred “Mit” Joyner proposed this idea several years ago when she was president of the Council on Social Work Education (CSWE). She believes this is something social workers at every level can participate in. Direct service workers can assist clients in understanding the particulars of voting regulations and ensure they have proper documentation when they go to vote. Administrators of agencies can make it a matter of policy to inform clients about exercising their right to vote.

However, according to WRAL News in North Carolina,

Local social service agencies are not giving poor residents adequate opportunities to file and update voter registrations as required by federal law, a letter sent by a group of voting rights advocates warned the North Carolina State Board of Elections and Department of Health and Human Services. Read more

On the macro level, social workers can work with churches, tenant organizations, and other community-based groups to organize and implement voter registration and get-out-the-vote drives. Joyner suggests social workers engage the League of Women Voters for information and support. Agencies can learn more from organizations like Nonprofit Vote. Social work students can work with Rock the Vote to encourage young people to vote.

At the same time social workers can continue efforts to overturn misguided laws that restrict voting. We can continue to press Congress to restore the Voting Rights Act. Social workers have a responsibility to work for a more just society that permits and promotes the self-actualization of everyone.

Policies, laws and systems that restrict one’s ability to be all that one can be should be the object of intervention on the micro, mezzo, and macro levels. While social workers must pay attention to licensing, research, and building reputation as a fully scientific profession, we also have a mandate to pursue social justice.

Richard Nixon galvanized a large swath of voters who he saw as being neglected and appealed to them as the silent majority. There is a new silent majority today—voters who have been demoralized by the vast sums of money that are gaming the political system. They see the rich getting richer and not much being done to expand opportunity and prosperity for the vast majority of Americans. They are turned off by the negative campaigning and believe voting is an exercise in futility.

Social workers should be participants in the effort to restore hope to these voters—to help them understand that staying away from the polls is exactly what those protecting the status quo wants you to do. Social workers need to be involved politically and be at the policy table. If you’re not sitting at the table, you’re on the menu.

7 Things Every Clinician Should Know About Introverts