bySWHELPER
in Politics, Social Work
0
ADVERTISEMENT
Share on FacebookShare on TwitterShare on Linkedin 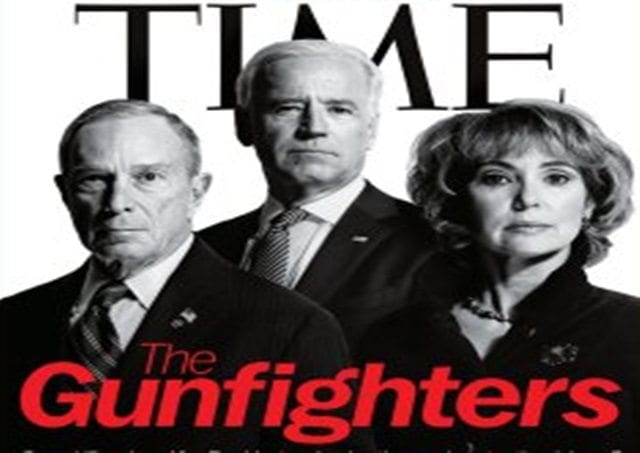 It’s true. I am an avid supporter of gun control. But not for the reasons you might expect. I am liberal… to some, that means I am a mindless pawn of an evil government that wants to snatch up every last thing every “patriot” owns just because I can. I am also a social worker, and indeed, as one I have an interest in looking up the stats on what rabid gun-lust is doing to our country, and they are disheartening and disturbing. But, the real reason I support gun control is because I agree with it on a spiritual level.

Now, I am by no means a devout Buddhist. My meditation practice leaves much to be desired: I am occasionally materialistic; I have trouble sometimes with living in the now and instead dwell on the past or worry for the future; I am an anger junkie; I am sometimes very lazy; and I need to remember that dharma is not the same as telling people what to do.

I’m young, I’m learning, what can I say?

However, I have long since been a nonviolent person. Enjoyment of horror movies aside, I often have looked at the culture I live in with a feeling of mild, and sometimes not so mild, abhorrence at the ways we think. “This maniac shot 10 people, let’s give him the death penalty!” I say, “no,” and people look at me as if something were wrong with me. But that’s just how far entrenched the average American is in its pro-violence culture. When people were throwing parties about the killing of Osama BinLaden, I was sitting off to the side shaking my head going, “Ugh, all right, he’s dead, let’s move on. Even someone as evil as he was deserves better than a kongaline over his grave.”

Like many, many people, Newtown ignited a fierce fury and a call to action inside of me towards gun control. It also induced a lot of passion on the other side of the coin. I am not about taking people’s stuff away from them as I support the president and my state’s governor, Andrew Cuomo, as I support gun control. I am not saying nobody should own a gun, But I believe that of all the things we feel entitled to own, why a weapon? Why must we want weapons so badly? Why do we crave them like sugar?

When I lived for a brief time in a bad neighborhood, and when I walked home at 7pm in the dark, I didn’t want a weapon. I wanted to get myself home as quickly as possible!

And when I watch horror movies, I don’t imagine how “cool” it would be if I had a knife-glove ala Freddy Kreuger and what it might feel like to jam one of those puppies into somebody’s stomach.

And when I played HALO in the past, I didn’t play it for the “thrill” of shooting people.

Violence isn’t caused by video games, in my opinion. I have never wanted to hurt anyone after watching  a horror movie or playing a shooting-style game.

Violence is caused by a culture that has a love-hate relationship with it. If only we could all hate violence! I know I risk sounding like a hypocrite saying that, me who never misses an episode of “The Walking Dead,” but I don’t watch the show because I like it’s splatters but because of how its characters struggle to preserve their humanity in a world that’s fallen into the darkness of Darwinistic thinking.

President Obama and Governor Cuomo are a lot like a character that died in the second season, Dale, who when his friends were debating over whether or not to kill a hostage, cried, “What’s there to debate? Let him go, let him live!” Tragically, Dale died, but he died as a symbol. These two leaders are speaking out in much the same way, and attempting to use laws to change the world in a dharmic fashion by siding with compassion and empathy in a world that often ignores the human nature of them.

So when I see people cry out in rage and accusation that the Democrats and the president are coming to take their guns away, I only pity them, and pray that they wake up someday. I can’t even fathom their emotions after so many little lives have been lost. The same vein of people argue that all abortions must be banned because its “killing babies,” which seems to defy logic. Killing babies? Babies are dying in much more horrid and unneeded ways than a woman choosing to abort a pregnancy. If children are valued so much, why are they dying by gunfire? Why are they being kidnapped? A woman just walked into a school and walked out with a 5 year old, no questions asked. These issues may all seem unrelated, but they’re not. They all stem from the same rot that lies at the most rudimentary level of our country, its culture. Children are not being valued. Weapons are being valued.

I don’t see our cultural disease being cured at any time soon, if the answer is “more guns.” It seems as if we are caught in a vicious cycle, which is, according to Buddhism, this existence on Earth exactly is. It is known as “samsara,” an endless cycle of suffering that all sentient beings are trapped in forever… UNLESS compassion is spread round the world. Another Buddhist belief is that once a human rebirth is the equivalent of a sea turtle rising up to the surface through a life preserver, an occurrence so rare that it almost never happens–meaning that we should be valuing our human lives in this lifetime as much as we possibly can, devoting every possible instant towards loving each other.

Borrowing a commonly used theme from the science fiction stories I also love, I have to wonder how long the human race can last at the rate it’s going. Yet I remain hopeful that enough of us may become enlightened to save the rest of us.

Editor’s note: This article was previously published in 2013.

Remembering 911 and Social Workers on the Frontlines of Disaster