What is Your Super Power?

byChey Heap
in Culture, Social Justice, Social Work
0
ADVERTISEMENT
Share on FacebookShare on TwitterShare on LinkedinShare on PinterestShare via EmailShare on Reddit 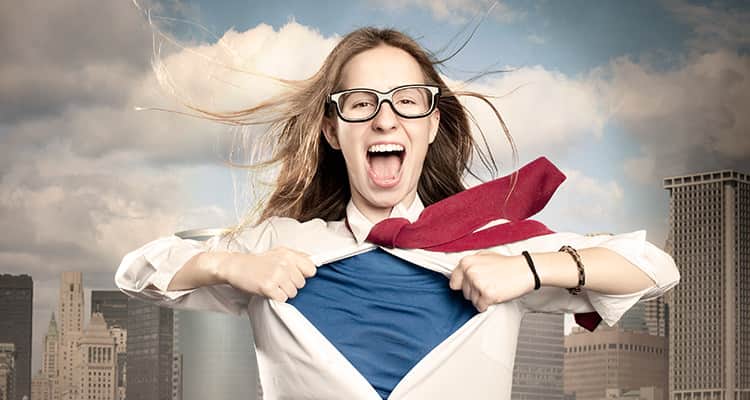 Anna states that Social Workers aim “To promote and support individual and community wellbeing, and to fight social injustice”. So how well does this hold up? According to the National Association of Social Workers, the profession supports people across ‘all backgrounds’ and through some of life’s most difficult challenges. 40% of Red Cross mental health disaster workers are Social Workers. And, as Anna points out, Social Workers are there for people across the lifespan, from birth to death.

She frames Social Workers as being there to remedy broken connections between different levels of the system. They negotiate legal, educational, welfare, and family systems. Social Workers have to identify the difficulties in the relationships and connections, whilst communicating in a way that each level of the system can understand them. Essentially, Social Workers are multi-lingual. That’s a superpower in itself.

Their role among several layers of the system also requires the ability to emulate a wide range of different superheroes, depending on the situation. Sometimes that requires Professor X levels of knowing who is where doing what, and when. On other occasions, it requires being an investigative curious person, with powers of compassion and understanding on a level with The Doctor. Sometimes it requires fortitude like Lara Croft, speed and dexterity like Spiderman, or strength like Superman. 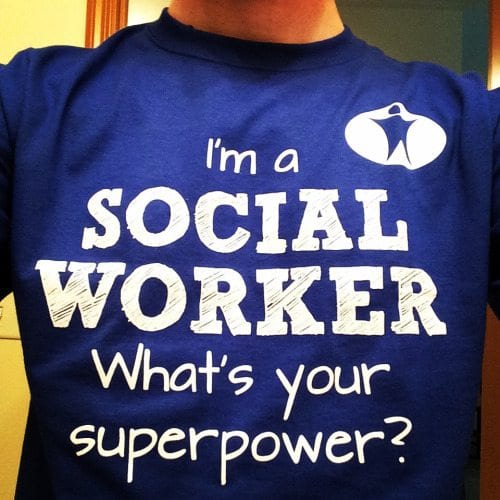 Social Work is more than a job. Like superheroes, it’s a vocation; a way of life. And, like the best superheroes, Social Workers don’t ask for any treatment or consideration. They do what they have to do.

Most superheroes aren’t trained. They are born a certain way, they become a certain type of person through accidents or circumstances beyond their control. They are pushed and impassioned to save the world.

Unfortunately, this requires having the financial means by which to achieve a Social Work higher education course and not all potential superheroes get to train at the Superhero Academy.

The most notable thing about Buffy is that she reaches out to the community around her. Whilst she is strong and supports others, she also receives support from them – her mother, her friends, her partners, colleagues, and her guide Giles who is like the policies and procedures which guide Social Workers. The power of community in Buffy usually keeps people well and safe. Social Workers, likewise, harness the power and support that is already out there, to keep people well and safe.

This is what Anna mentioned – the strengths-based approach to pulling people’s best from them. Another honourable mention for Professor X is required here, as he empowers mutants to teach, learn and grow. In her TED talk, Anna references Social Workers developing programmes for bullying and school dropouts, and Social Workers at higher levels of policy and management. In the X-Men world we can see mutants working at a range of levels – The Beast being in politics, for example, whilst others are in education, or on-the-ground activism.

Alongside Sherlock Holmes, Social Workers like their evidence. Anna mentioned evidence-based practice in her TED talk. Evidence-based practice can support people to make decisions with a greater likelihood of a positive outcome, and reduce the effects of human bias. This, however, has to be balanced with therapeutic humanity. Gilgun (2005) suggested that Social Work still has a journey to take in order to integrate the evidence base with practice.

There are also issues with the evidence base of the social sciences suffering from publication bias where null results are far less likely to be published, making it less clear which interventions probably won’t work. Finally, especially with psychological research, there is a risk of comparmentalising and segregating different ‘problems’ without looking at the whole person. However, being naturally social in origin puts social workers in a good position to integrate different types of social and psychological evidence.

A final note, however, should be made about the system. A number of superheroes try to change the system in which they live, rather than tackling the symptoms such as crime. Some have argued that an evidence-based epistemology, part of the medicalised system of physical and social wellbeing in the global West, undermines the human part of being a social worker. Others argue that Social Workers are covering the slack for governments that don’t care about their most vulnerable. Like all superheroes, there are mistakes where innocents get hurt. Sometimes this is under the weight of targets and bureaucracy. Sometimes it’s because the superhero academy accepted inappropriate candidates.

Pain, frustration, loneliness, stress, hard work, community, problem-solving, ethical dilemmas, joy, and triumph are part of any superhero’s repertoire of experience. And, like any superhero, it’s not done for their own personal gain, but because this world isn’t perfect and it needs someone within the system to support the greater good. As already mentioned, superheroes and Social Workers do all of this without expecting the thanks and kudos that are rightfully deserved.

So, let’s take a moment, then. For all the superheroes, both real and fictional. For all the people who have found their superpower thanks to a Social Worker. And finally, for Social Workers themselves – a special, multi-talented breed of superhero, stay empowered!