byKerry Ferguson
in Global, LGBTQ, News, Poverty
0
ADVERTISEMENT
Share on FacebookShare on TwitterShare on LinkedinShare on PinterestShare via EmailShare on Reddit 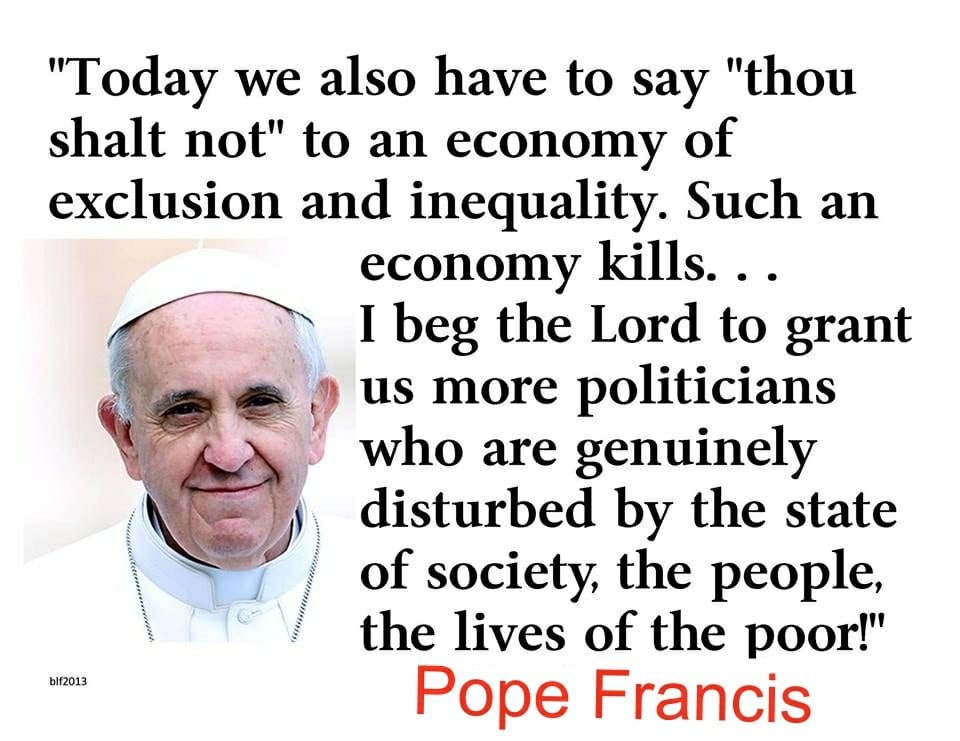 This month, on September 22nd, Pope Francis will arrive in America for his first ever visit which will begin in Washington, DC. Upon being greeted by President Obama, he will conduct a midday prayer with U.S. bishops at Saint Matthew’s Cathedral before attending the Junipero Serra Canonization Mass at the Basilica of the National Shrine of the Immaculate Conception. Pope Francis’ final day in Washington on September 24th will involve a speech to the Senate and House of Representatives as well as a visit to St Patrick’s Catholic Church and Catholic Charities of the Archdiocese of Washington.

Upon arriving in New York on September 25th, Pope Francis will visit the United Nations General-Assembly followed by a religious service at 9/11 Memorial and Museum. The Pope will also visit Our Lady Queen of Angels School as well as ride in a papal motorcade through Central Park followed by a mass in Madison Square Garden. The final destination of what is sure to be a busy trip is Philadelphia for the World Family Meeting.

He will attend mass at the Cathedral Basilica of Saints Peter and Paul, visit the Festival of Families at Benjamin Franklin Parkway and Prayer vigil with World Meeting of Families. Earlier in the morning on the last day of Pope Francis’ trip, he will visit Curren-Fromhold Correctional Facility to meet with 100 inmates and their families.

The trip comes at a crucial time for the Catholic Church which has seen decreasing numbers for some time and has been accused of failing to prevent the sexual abuse of children. For every one person entering the Catholic Church, it has been estimated that around six are leaving. The US is home to more Christians than anywhere else in the world. However the number of Americans identifying themselves as Catholic has been decreasing for some time.

It is thought that this is because the values of the Catholic Church are not in line with contemporary society. An example of this has been seen recently as the Supreme Court of the United States made a monumental decision that the constitution should contain a right to same-sex marriage. This comes just a few months after Ireland, where 83.6% of the population is Catholic, had an overwhelming “yes” vote to same-sex marriage showing a huge leap towards equality in an increasingly contemporary society.

Whilst it is amazing that society is changing to become more equal, will religion keep up with this change? Whilst the Catholic Church has previously not supported same-sex marriage, Pope Francis is known for having more forgiving views. His statement towards the LGBT community has been received as being non-judgemental and an equality driven approach.

Additionally, Pope Francis adopts use of social media and is making vital steps towards bridging the growing gap between religion and society. A study showed that people who defined themselves as agnostic or atheist actually viewed Pope Francis in a positive regard showing that his attitudes to discrimination stretch beyond the religion and apply to even those who do not follow it.

Although his visit could be seen as an attempt for Pope Francis to change the dwindling numbers in the Catholic Church, it is thought to be an attempt to encourage people to take a more active approach to minimising poverty and discrimination. Eradicating discrimination could be an appealing message considering the racial and social tensions which are prominent in the US.

As beneficial as it would be for Pope Francis’ visit to increase the numbers joining the Catholic Church, it would be as beneficial if he
encouraged more people to become involved in Catholic charities and advocating for the poor. This comes at a time when the globe is witnessing the biggest refugee crisis since World War II, which stresses an importance on eradicating discrimination and helping those in poverty.

Pope Francis announced that he will open the Vatican to refugee families and the Roman Catholic Church has expressed hope that others will do the same showing his commitment to helping the poor and encouraging universal solidarity.

Many believe the US visit will help to engage and promote society in coming together to change the systems that create poverty. This message will help provide hope to those in poverty and those living in slums, in which Pope Francis has visited in Paraguay. Hopefully, his message will pave the way for the Catholic Church to follow. Pope Francis’ focus on poverty is necessary as more than 3 billion people live on less than $1.25 a day, which prevent people from living a healthy lifestyle that we all have the right to.

Furthermore, approximately 750 million people worldwide do not have access to clean drinking water, a necessity we frequently take for granted. This visit presents an exciting event for the US, but it is also a reminder to help those who are marginalized and oppressed within society.