byHeather Williamson
in Child Welfare, Mental Health, News, Politics
0
ADVERTISEMENT
Share on FacebookShare on TwitterShare on LinkedinShare on PinterestShare via EmailShare on Reddit 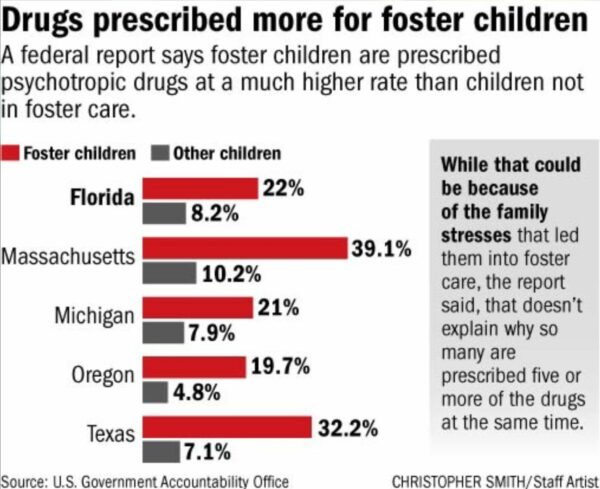 In 2008, the Fostering Connections to Success and Increasing Adoptions Act required states to begin developing plans to monitor health care for kids in foster care. This was strengthened in 2011 when the Government Accountability Office (GAO) released a study of child Medicaid populations which found that children in foster care with Medicaid received psychotropic medications at a much higher rate than kids with Medicaid who were not in foster care.

Over the last 10-15 years, efforts to legislate, increase awareness about the impact of trauma, engage in advocacy for psychosocial therapies and the need for responsive caregiving have arisen across the country in an attempt to parallel the reduction of unnecessary or inappropriate psychotropic use for foster kids. In spite of those efforts, there is no question that the overprescribing of psychiatric medications for children in foster care has proven a tough practice to change.

The issue of psychotropic use in child welfare populations is clearly one where social workers should be at the forefront, it simply does not gain as much involvement as the psychosocial aspects of practice. Social work practitioners may not see it as being within their scope of practice, but kids in care need social work advocacy in this regard more than ever.

It is unfortunate because better alignment of these initiatives would likely help those living and working with foster care populations to gain a broader perspective and would better illustrate that all therapies, psychosocial or biological, play variable roles. Some states are beginning to implement legislation, but that impact is not yet determined.

Another barrier is that psychosocial treatment modalities are still behind psychiatric medications in terms of research and evidence-based practice. At present, people may simply be conditioned to be more receptive to a medication therapy. Socially accepted norms and the desire for an instant fix can be difficult obstacles to overcome. Effective systems to assist in tracking and authorization of prescriptions for foster kids, as well as hesitant collaborative and information sharing practices between government agencies have proven to be barriers for many states.

Understanding the context of the quick fix 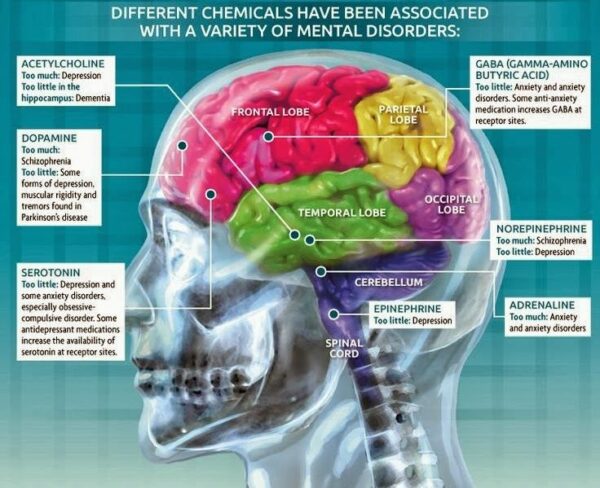 Governments will wholeheartedly embrace a practice that is thought to offer a quick solution that also suits a budget and it can be several years before any fallout from a poor decision, lack of resources or policy is noted. Twenty years ago the idea of a chemical imbalance really started to become entrenched in American culture. If too much or too few of certain chemicals caused the imbalance, then a psychiatric medication could restore that imbalance. Psychiatric meds were designed to mimic neurotransmitters in the brain – they would “fix” the imbalance in the brain.

It is true that chemicals are important, but more than biology must be considered in developing treatment plans. The idea, intended or not, that mental illness is due to chemical imbalance has largely become accepted, along with a willingness to medicate children as if they will respond exactly as adults. The notion of a ‘chemical imbalance’ is frequently used as the reason for someone’s actions in the everyday vernacular. “It’s not his fault, he has a chemical imbalance!” has been further cultivated by pharmaceutical companies and the general misconception of medication as an easy solution.

Human beings are too complex. A true implementation of biopsychosocial practice which recognizes that age, development, experience, genetics and responsive support each play a role that must be considered in working with kids must be embraced. It is unlikely to be quick or a “fix”, but, in terms of cost it will certainly save in the long run in so many ways.

Kids in care present with a complex variety of behavioral and emotional challenges as a result of chronic poverty, abuse or neglect. They may have unrecognized developmental delays, medical concerns or mental health diagnoses in addition to traumatic experience. In a society where medication has become the accepted first line approach, kids in care are receiving polypharmacy prescribing far more than is appropriate and often without benefit of consistent psychosocial supports. Because foster children can present so intensively, they are susceptible to receipt of psychiatric medication when it may not be warranted.

The effort to medicate behavior, even when no benefit has been realized, makes no sense, but it happens likely increasing the risk of adverse events and placement instability. Caregivers may feel uncomfortable in questioning providers and many do not know what should be monitored and reported. Lack of information and history can be problematic. Providers are often limited in number and in the time they have to give during an office visit. When a foster child refuses a medication, he or she can be accused of noncompliance, but there may be very valid reasons why that child does not wish to comply. Consent is often overlooked or poorly defined.

Side effects associated with some psychotropic medications can outweigh the benefits and clinical trials for children have been in short supply. New science regarding child development suggests that psychiatric medication may have long reaching concerns for children that are not currently understood. In spite of all of the above concerns, efforts to vilify psychotropic use in children should be avoided. Medication can be a helpful therapy, it is simply not the only therapy and it should not be the first type of therapy sought in most cases.

Social Workers need to focus more on psychotropic drug use

Polypharmacy and inappropriate prescribing for foster care populations is more than the latest hot button issue. Efforts have been underway across the nation with varying degrees of limited success for years, often independent of efforts to improve psychosocial supports. There are no easy solutions, a fact that many social workers understand very well. However, social workers can play integral roles in shaping and supporting psychotropic monitoring and oversight at all levels of practice. By improving knowledge, collaboration, highlighting options and advocating for stronger monitoring and consent practices, social workers can make considerable inroads towards positively changing the lives of kids in foster care.

Heather Williamson, LMSW, is a clinical specialist for a state agency. She has worked in the private sector as a neuropsychometrician, as well as previous work experience in psychiatric settings. These have provided a unique perspective as a social work practitioner now working in a public agency, particularly with regard to prescription monitoring and oversight.