byLuis Roberto Machuca, MSW
in News, Politics, Social Work
0
ADVERTISEMENT
Share on FacebookShare on TwitterShare on LinkedinShare on PinterestShare via EmailShare on Reddit 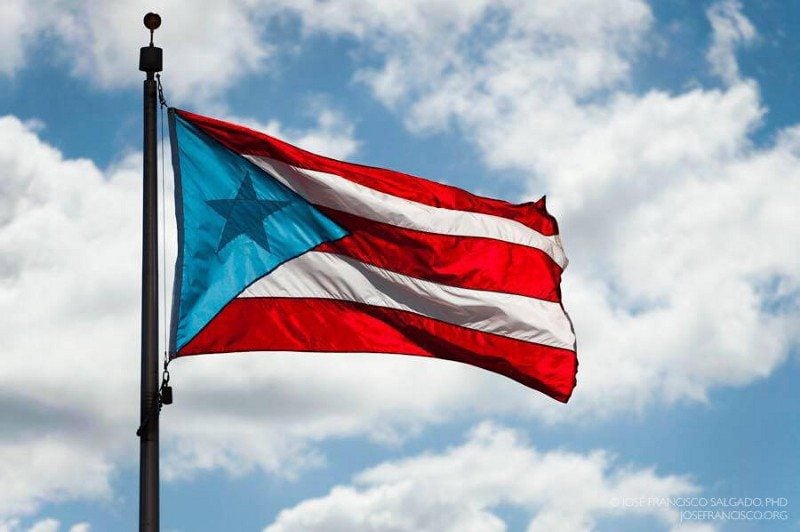 Legislation that voids millions of American citizens of its Constitutional right to have a democratic government has been introduced to the House claiming to help Puerto Rico overcome its fiscal problems. Rep. Sean Duffy of Wisconsin introduced H.R. 5278, the Puerto Rico Oversight, Management, and Economic Stability Act known as PROMESA, a bipartisan bill that claims to hold the “right people accountable for the crisis,” while shrinking the size of government and creating an independent oversight board to help get Puerto Rico into fiscal health.

This bill states that PROMESA “holds supremacy over any territorial law or regulation that is inconsistent with the Act or Fiscal Plans.” This bill eliminates any illusion of democracy in the colony and comes with harsh austerity measures, as well as the “authority to force the sale of government assets,” yet somehow forgets to address economic development for the island.

PROMESA states that the President of the US will appoint every member of the oversight board whose responsibilities include ensuring the payment of debt obligations, re-structure the workforce, reduce or freeze public pensions while supervising the entire budget of the Commonwealth government, its pension system, public authorities, leases and contracts with union contractors and collective bargaining agreements. It also includes a provision to lower the minimum wage in the island to a paltry and laughable $4.25.

Nearly all economists agree that a reduction in the minimum wage would only cause Puerto Ricans to have even less purchasing power and coincidentally happens to be a great way to keep a nation poor, more dependent on the US, and thus, sadly, impotent and unlivable.

An oversight board is a point of contention in Puerto Rico as it faces local elections this November. As different groups lobby in favor or against of PROMESA, others like different groups of the private sector lobby in favor of allowing Puerto Rico to declare bankruptcy. Still, despite a promise by Paul Ryan to take action before March 2016, Congress has yet to take meaningful action that will tackle the root of the real problem.

Meanwhile, over 7,000 social workers are at the front lines living and seeing firsthand the effects of the ongoing economic crisis and its social effects. However, social services are currently dwindling due to austerity measures as over 50% of children live in poverty in Puerto Rico. Social work positions get eliminated due to budget cuts; new openings for case managers, service coordinators, and social technicians are the trend. These positions call for the same academic preparation as a social worker despite paying $7.25, the federal minimum wage. The Colegio de Trabajo Social, a leading organizing group of the profession in Puerto Rico, is against an oversight board.

While many wait for Congress to act, thousands of Puerto Ricans leave the island each week for the United States in hopes of better opportunities as their beloved island undergoes a humanitarian crisis that has yet to resonate with Americans on the mainland, especially the social workers who are bound to fight for social justice.

Migration waves are not new to Puerto Rico. Shortly after Operation Bootstrap, a 1948 economical project that sought to develop the island into an industrial nation, showed signs of slowing down, officials concluded that the problem was an oversupply of labor: population growth needed to be controlled. One of the ways to achieve this, besides the mass sterilization of women without their knowledge, was by promoting better opportunities and working conditions in the US.

Between the 1950s and 1970s, over 250,000 Puerto Ricans left the island, primarily for New York City. Sixty years later, as a new migration wave brings a new generation of Puerto Ricans to the United States due to an ongoing humanitarian crisis, it’s disheartening the lack of support social work organizations in the US have given to its peers in Puerto Rico.

While much has been said about the $72 billion dollar debt Puerto Rico has amassed since the enactment of its Constitution in 1952, one thing remains the same: average Puerto Ricans are suffering. Pensions are on the brink of insolvency, social services are being eliminated, schools are being closed, and unemployment hovers around 12.2% — more than double that of the mainland, and a number that doesn’t even take into account those who have given up on finding a job entirely and are now part of the informal economy.

To understand this, the island’s economy must be understood as one based on tax incentives and entirely dependent on United States policies, since the inception of Operation Bootstrap in 1948. These tax incentives lost relevancy at the end of the 1950s due to an increase in average salaries of manufacturing and the inability to compete with the new markets that were now open to the US after the implementation of the “General Agreement on Tariffs and Trade.” As a result of the oil embargo of the 1970s, Puerto Rico’s economy started to shrink. To prevent economic collapse, the government absorbed the jobs lost in the private sector, making it the primary employer on the island.

It was during this decade that the decline of the economy lead the central government to incur extreme debt in order to finance the island’s burgeoning industrialization. Keep in mind, Puerto Rico didn’t then — and still doesn’t today — have the power to negotiate its commercial treaties, maritime tariffs and duties, or to negotiate prices for purchasing oil. As a colony, it is entirely dependent on any restrictions and limitations placed on it by the United States government.

Instead of addressing these issues as the result of a structural problem, two federal patches were implemented: the approval of Section 936 of the Internal Revenue Tax Code in 1976, and food stamps for Puerto Ricans in 1977. The elimination of section 936 under President Clinton resulted in the closing of important manufacturing companies and thus contributed to the loss of thousands of specialized and high-paying jobs.

When finally fully phased out in 2006, Section 936 catapulted Puerto Rico into a deep economic recession in which all important economic indicators waned. When the Great Recession hit the mainland two years later, only furthering a retraction of the country’s GDP, Puerto Rico’s already battered economy was unable to recover. Lacking the autonomy to set its own fiscal and monetary policy, it had little choice but to wait for its colonizer to act.

When social conditions worsen and violence increases, more people are in need of services, which result in higher stress, burnout and turnover for social workers. It’s at a time like this, when social workers are needed and the government must supply the resources needed for them to do their work.

As a response, social workers in Puerto Rico have proposed Bill 2705, “Law of Social Work Professionals in Puerto Rico,” which would temper and regulate the profession to the current reality of the island. The bill would establish academic requirements and promote the highest ethical standards to achieve social justice, the defense and implementation of human rights while caring for the best interest of Puerto Rico’s citizens. So far, very few if any social work organizations in the United States have lent their support to their peers in Puerto Rico, not even those in cities with high population of Puerto Ricans.

After all, social workers in Puerto Rico are bound by the same National Association of Social Workers Code of Ethics as we are in the United States. We must uphold standard six of the Code, which establishes our ethical responsibilities to the broader society. Puerto Ricans are American citizens and as such social workers and social work organizations have a moral obligation to stand by them and join their fight.