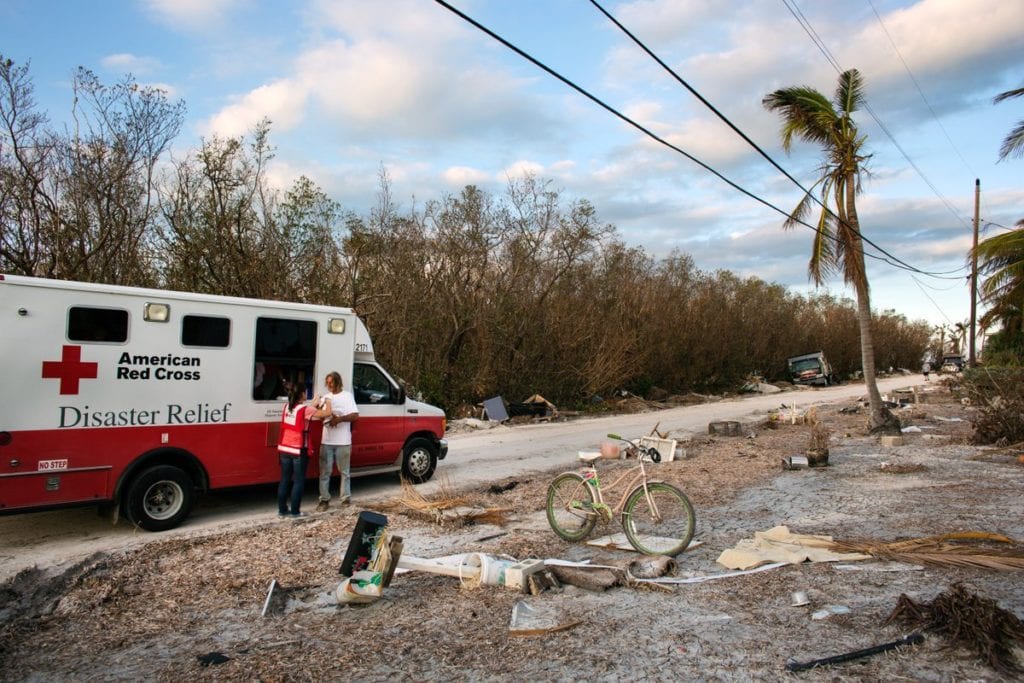 Recently, NBC Nightly News with Lester Holt headlined a story entitled “American Red Cross Fails to Pay Funds Promised to Many Harvey Victims”. The report discussed the failure of the American Red Cross to disburse funding to the victims of Hurricane Harvey. As a volunteer with Red Cross, this report raised my concerns for several reasons, and I immediately contacted them in order gain some insight into the causes preventing the Red Cross from distributing emergency funding.

According to the American Red Cross website, the primary function of the charity is “providing relief to victims of disaster, blood to hospital patients, health, and safety training to the public, or emergency social services to U.S. military families.” For more information on how the American Red Cross spends its donations, you can visit their website. After speaking with staff, I am now able to provide some clarity on the issues causing the delay with the disbursements.

The website crashed from the 1 million displaced people trying to access it (plus repeat tries). Not only is the Red Cross attempting to aid those displaced by Hurricane Harvey, they are also handling an equally major crisis in Florida due to Hurricane Irma. Both Hurricanes have left a destabilized communications infrastructure with limited wifi and cell phone access in which to process aid. Everyone in flood areas is also still fighting the shaky access and embattled communication infrastructure in place. Many residents were showing up at the Red Cross HQ in hopes of gaining connectivity through the Red Cross. Unfortunately, the office has been experiencing the same connectivity issues.

Headlines about “High Overhead” feed into Confusion for Donors

When donors don’t understand that upgrading systems and IT staff, hiring volunteer coordinators and trainers, and other administrative staff duties are necessary to make it possible to handle 1 million plus displaced victims in multiple disasters at the same time, it breeds confusion and misinformation. The American Red Cross is not a governmental agency, but it is responsible for the bulk of relief efforts when a disaster happens. With Congress continuous cuts to FEMA, the American Red Cross will not be able to continue mass scale relief if they are denied donor support due to misinformation. This is a dangerous way to share information about life-saving charities. Without the American Red Cross, who else is equipped to handle natural disasters on this scale?

The $400 funds allocation from the Red Cross is an attempt to fill the gap that insurance and governmental delays create for desperate families. However, the reality is that it is dangerous to have volunteers standing on street corners handing out cash. However, this crisis may help the Red Cross identify innovative ways to distribute funds to help expedite funding to families. Currently, funds are being distributed to local centers like Wal-Mart for a more orderly disbursement. However, each disbursement center in affected areas is also still dealing with their own infrastructure issues.

#RedCross volunteers continue to provide relief for those affected by Hurricane #Harvey pic.twitter.com/bMBQx2g82I

At the end of the day, the American Red Cross is an organization run by 90% plus volunteers working at least 15 hours per day in harsh conditions because they want to help others. More paid employees would help with consistency and efficiency (deployments are only weeks long), but it would also create higher overhead in which donors don’t want.

With all of the disaster pile-ons we are experiencing with even more looming in the distance, we need to take a good look at our charities and how we expect them to function like a governmental agency or corporation while relying on donor support. How does the Red Cross run operations that cover a million people in a single disaster without the funding to hire people at salaries that will attract those with the talent and the willingness to risk such public scrutiny?