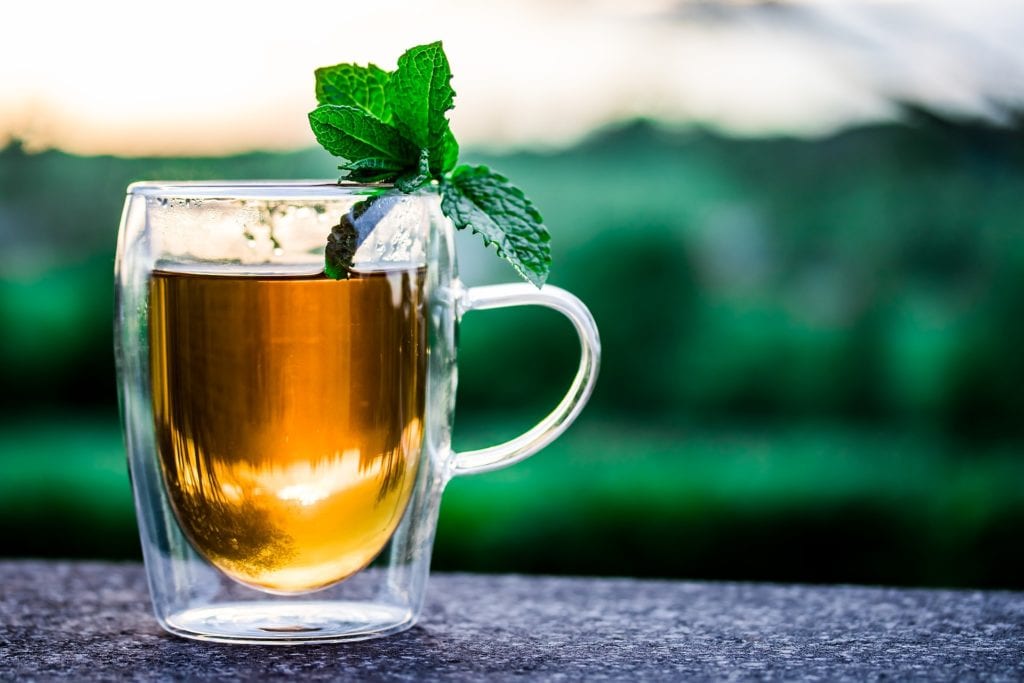 Tea is more than just refreshment; it is the ideal remedy to heartbreak, a perfect excuse to sit with a loved one and have a hearty chat, and for some of us, the most vital reason to open our eyes in the morning. In addition to these, a cup of tea can stave off many ailments and provide you with various health benefits.

Another dietary ingredient that has significant advantages in terms of good health is turmeric. The spice has been used for thousands of years for its medicinal, antioxidant and anti-inflammatory properties, and also for its aroma and strong taste. It is a powerful herb with the ability to fight diseases and even potentially reverse certain illnesses.  Turmeric is sourced from the Curcuma longa plant found in India and a number of other Southeast Asian countries. Curcumin is its active substance.

According to research, turmeric can play an essential role in preventing and treating Alzheimer’s disease as its anti-inflammatory properties can help improve cognitive function in patients. This is why certain areas of the Asian subcontinent where people consume turmeric regularly have the lowest rate of Alzheimer’s in the world.

Drinking a combination of these two, i.e. turmeric and tea is a popular way to consume turmeric. You can reap the rewards of its antioxidants while enjoying the subtle taste of tea. Remember that turmeric tea is an acquired taste, but the numerous benefits it offers are definitely worth the effort.

It’s known for its anti-inflammatory properties

The most effective aspect of curcumin is its ability to inhibit inflammation. This is further proved by a study which evaluated different anti-inflammatory compounds to conclude that curcumin is more effective than aspirin and ibuprofen when it comes to controlling inflammation.

With regular turmeric tea consumption, you can prevent the symptoms of various inflammatory diseases such as;

Turmeric tea can be vital in providing your immune system with the necessary boost it needs to protect your body from ‘foreign’ invaders, primarily infection-causing bacteria, parasites, and fungi. It can also prove to be beneficial for people with immune disorders.

Turmeric helps fight infections such as upper respiratory infections, sinus, and sore throat. Its antibacterial properties also help flush these infections out of your system.

Cancer diagnosis can be terrifying. Turmeric tea contains antioxidants which prevent molecules from oxidation. Oxidation is a chemical reaction that releases free radicals that damage the cells. Research shows that the antioxidants present in turmeric prevent the development of cancers in various organs including the lungs, brain, colon, and breast.

Curcumin, the active ingredient in turmeric, is shown to have anticancer effect on cancer cells and prevents the growth of cancer cells to other organs. Additionally, it also stops cancer stem cells from reforming after treatment, thereby reducing the chances of a relapse.

Turmeric tea is also effective in keeping your digestive system in great condition. It promotes the growth of healthy bacteria in the intestine and inhibits the development of bad bacteria.

You may have heard of the benefits of green tea for weight loss, but listen to this, turmeric tea is just as effective. Curcumin works wonders and increases metabolism which subsequently results in weight loss. Furthermore, it keeps blood sugar levels in check thereby preventing you from gaining weight.

Finally, most people do not take into consideration the health of their livers when planning weight loss. In fact, many people don’t know this but the liver plays a vital role in reducing weight. It produces bile which breaks down fat molecules in addition to flushing toxins out from the body, thus maintaining a healthy overall weight. Turmeric tea helps in the detoxification of the body, especially the liver, keeping it in a healthy working condition.

A cup of steaming turmeric tea can cure a lot of your ailments and keep their symptoms in check. You can either buy one or make some at home. Here’s the recipe;

Boil 3 to 4 cups of water in a saucepan. Once the water starts boiling, add 2 teaspoons of turmeric and stir for a minute. Let it simmer for 10 minutes before passing the concoction from a fine sieve, cheesecloth or coffee filter.

You can customize your cup according to your preference by adding lemon, orange juice or honey for flavor and milk for a creamier version.

Audrey Throne is a freelance writer and a content contributor at www.braintest.com, which provides dementia testing online. Live simply, give generously, watch football and a technology lover.

Opening Paths for Europe’s Children: Best Practices and Transitions from Introversion to Extroversion