Florida Politicians Court Puerto Ricans, But Will They Vote?

byDylan Fleming
in News, Politics
0
ADVERTISEMENT
Share on FacebookShare on TwitterShare on LinkedinShare on PinterestShare via EmailShare on Reddit 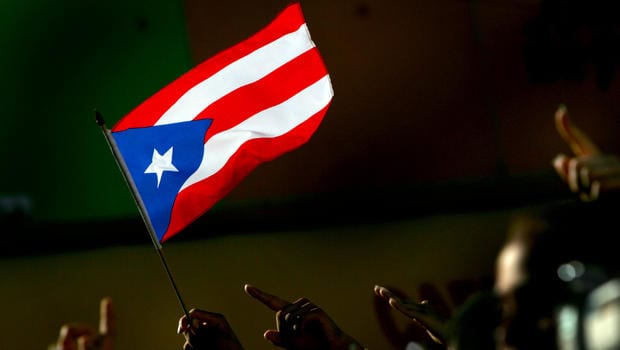 Nearly a year ago, Hurricane Maria plowed through the Island of Puerto Rico causing $139 billion in damage and killing over 1,400 people. In the storm’s aftermath, it is estimated that as many as 300,000 Puerto Ricans moved to Florida. Less than three weeks after the storm the Times had already run an article headlined “An Exodus From Puerto Could Remake Florida Politics.”

Realizing there was an opportunity to be had, Politicians began their courtship with the Puerto Rican community.

Senate incumbent Bill Nelson (D) has traveled to the Island at least three times since the storm, and he has released at least one video ad in Spanish. His challenger, Rick Scott (R) has gone at least five times, and Scott has also released a number of video ads in Spanish appealing to Puerto Rican voters. Both candidates’ websites have a Spanish translation option and press releases written in Spanish.

In a state where a lot of elections are decided by 1% or less, it’s no surprise that Florida Politicians have reached out to the Puerto Rican community ahead of November’s midterm elections.

Although Politicians are paying considerable attention to the Puerto Rican community, there have been reports that fewer Puerto Ricans are registering to vote than predicted.

Jose Luis Rivera, co-founder and former President of the Puerto Rican Student Association at the University of Central Florida, doesn’t think the influx in Puerto Ricans will have much of an impact on the midterm elections. “The election system in Puerto Rico is different than here. They won’t want to spend the time learning about elections,” he said. “Right now people are worried about getting housing, getting a job, getting settled.”

In the nine months before the storm, about 62,000 Hispanics registered to vote in Florida. In the 9 months after Maria, almost 69,000 Hispanics have registered to vote. The State of Florida’s voting statistics do not break down Hispanics into subgroups, so it is unknown how many of the additional 7,000 voters were Puerto Ricans. According to the Pew Research Center, Puerto Ricans accounted for 27% of the Hispanic voters in Florida during the 2016 election.

Jimmy Torres, coordinator for  Boricua Vota in Central Florida, an organization devoted to increasing Puerto Rican participation in the U.S. political process, questions those statistics. “There’s a tendency to exaggerate numbers,” he said. “If you say 200,000 Puerto Ricans came to Florida after Maria, which is non-scientific proof … but if you go and establish the real number and you subtract the people that cannot vote, the number is pretty good.”

Mr. Torres has a point. Some estimate the number of Puerto Ricans that moved to Florida in the storm’s wake at 50,000 instead of 300,000.

Nevertheless, it is unclear what Mr. Torres meant by “pretty good.” When pressed he told me, “I heard from some people that over 200,000 Latinos have registered (since the last election) and out of the 200,000 Latinos, there are probably 80% of them are Puerto Ricans.” He qualified his answer by indicating he was not the best person to ask.

It’s also unclear how Puerto Ricans will vote come November. A recent study of Puerto Ricans living in Florida, conducted by Eduardo A. Gamarra and Jorge Dunay, in conjunction with Florida International University, showed that 57% were registered as Democrats, 17% as independents, 13% as don’t know, and only 10.7% of respondents said they registered as Republicans.

Making things even more complicated, one of Puerto Rico’s two major political parties, The New Progressive Party, was formerly called the Puerto Rican Republican Party. “I think in a lot of sense both parties are considered leaning toward the Democratic part,” said Torres, but “when they come here, they register as Republicans, and then they find out that the reason for them to be stakeholders is completely different from what Republicans stand for in the United States.”

Torres continued, “People in Puerto Rico think that people in need should have food stamps, but when they come here and they find out that Republicans in the United States don’t believe in none of that, they are in shock.”

Gamarra’s study revealed 90% of respondents said they have received some sort of aid or assistance from the government, the majority of which was food assistance, social security and healthcare related.

Pushing economic issues aside, who speaks better Spanish, Rick Scott or Bill Nelson? Torres laughs, ” I commend both of them for trying to speak Spanish. Every American that tries to learn a second language is a hero.” But what’s more important, he explained, is what they’ve done for the people of Puerto Rico.