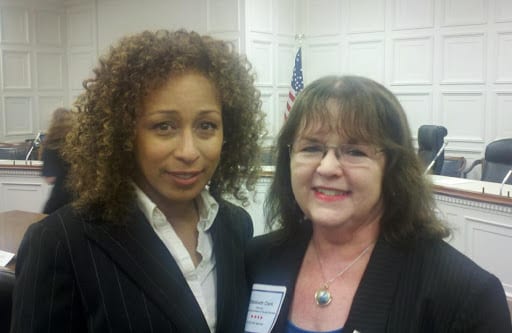 It is with great sadness that NASW announces the passing of former CEO Elizabeth “Betsy” Clark, PhD, MPH, ACSW. On behalf of NASW’s Board of Directors, staff, members, partner organizations and supporters, we extend our deepest sympathies to Betsy’s family. NASW team members and volunteers who had the opportunity to work with Betsy remember her as an innovative and inspirational leader who introduced the social work profession to many new allies in the health care field, increased national public awareness of social workers, and expanded NASW’s role in the international social work community.

“Betsy understood that strategic partners in government, philanthropy and corporations could help NASW achieve its goals,” says NASW Chief Executive Officer Angelo McClain, PhD, LICSW. “As the first President of the then-newly established NASW Foundation, she invited new allies to support our mission and she expanded NASW’s commitment to our nation’s veterans. An unwavering champion for social workers in health care, she created opportunities where others only saw barriers. Betsy Clark made an enormous difference for the profession.”

Before becoming the head of NASW, Dr. Clark held the position of Executive Director of the New York State Chapter of NASW. Prior to that, she was the Chief Operating Officer for The March…Coming Together to Conquer Cancer, a national public awareness and grassroots organizing campaign, which was endorsed by 1,500 cancer-related groups and culminated in a massive march in Washington, DC. The National Coalition for Cancer Survivorship (NCCS) hosted the event

Prior to NCCS, Dr. Clark held overlapping positions at the Albany Medical Center and Albany Medical College. She served as Director, Division of Diagnostic and Therapeutic Services, leading patient services, and Associate Professor of Medicine, Division of Medical Oncology.

Dr. Clark wrote extensively on psychosocial oncology issues including cancer survivorship, cancer education, loss and grief, and caregiver burnout. She served as the President of the National Coalition for Cancer Survivorship, Chair of the National Hospice Foundation, Vice Chair of the Leukemia and Lymphoma Society, and Secretary of C-Change, Collaborating to Conquer Cancer. In 2015 in recognition for her outstanding contributions to social work, she was elected an NASW Social Work Pioneer

NASW President Kathryn Conley Wehrmann, PhD, LCSW said, “In my conversations with Betsy about the future of social work, she emphasized the importance of recapturing who we are as social workers and as a profession. She believed that instead of being focused on ‘function’ we should identify as professional social workers who have a valuable skill and knowledge set that can be brought to bear in a variety of settings. Social work is the profession of hope, she said.”

The Clark family will hold private services for Betsy in New York and Pennsylvania. Contributions may be made in her memory to:

“Of all the forces that make for a better world, none is as indispensable, none so powerful as hope.” -Charles Sawyer