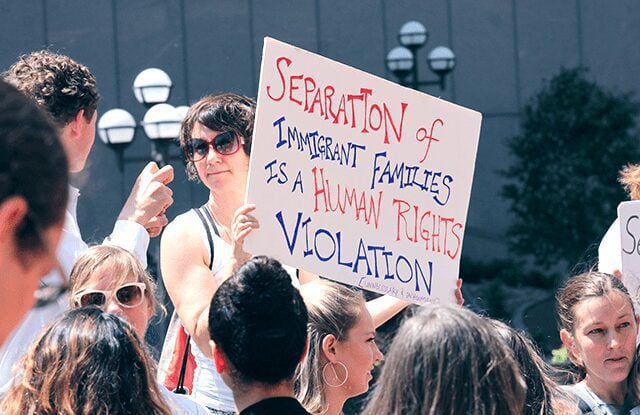 As of May 6th, 2018, new harsher immigration policies have been implemented with the sole intention of instilling terror to act as a deterrent to other immigrants attempting to enter the United States, regardless of the reason.  This comes as a result of “zero tolerance” policies enacted under Jeff Sessions.

Sadly the most vulnerable, the children, are impacted the greatest by this policy when they are now being routinely separated from their parents at the border while the parents of these children are being portrayed as criminals and being called animals by the President of the United States.

Kirstjen Nielsen has equated their attempt to enter the United States as the same as an individual that breaks into your home and has their child taken away as a result. The reality is far different. While a large number of individuals come because of economic push factors many of the individuals entering, particularly those with children, are fleeing violence and are legally seeking asylum in the United States for themselves and their children.

One woman from Honduras described the heart-wrenching experience of giving her 18 month old son to immigration authorities, and even strapping him in his car seat for them, despite following the proper protocol in presenting herself to immigration authorities to seek asylum. More than 600 children have already been separated from their parents in the first few weeks since the new policies were enacted.

Even before these new policies were officially implemented, there was another case several months ago involving a woman from Congo and her child who were separated at the border for four months, despite passing a credible fear test, and were later reunited as a result of a lawsuit filed by the ACLU.

These immigration policies are meant to maximize suffering of those entering the country in order to act as a deterrent to future immigrants. This is in stark contrast to our values as a country, as well as our legal responsibilities.

The American Bar Association has condemned this new policy, citing increased inefficiency in the immigration court system as well as the psychological trauma of separating children from their parents. Sadly, many of the policies surrounding immigration have been archaic and draconian even before these new changes, including toddlers representing themselves in immigration court unless they have the ability to pay for a lawyer.

As social workers, we know the impact of early childhood adversity, and the NASW has spoken out against this new zero tolerance policy. Many of these children have faced great adversity prior to coming to the United States including witnessing or experiencing physical and sexual violence, living under threat due to violence in their communities, or being targeted specifically because of who they are—aside from the possible trauma experienced on their journey to the United States.

Research demonstrates the incredible resiliency of children in being able to bounce back from adversity, and one crucial component to that is in having one stable adult in their lives. This current immigration policy seeks to traumatize the families and potentially takes away the one resiliency factor the children have.

What can we do to help? There are several agencies that are working to help this population that you can connect to. It is crucial to apply pressure on elected representatives and vote in upcoming elections.

Most importantly, we must fight against the notion that it is ok to dehumanize immigrants. 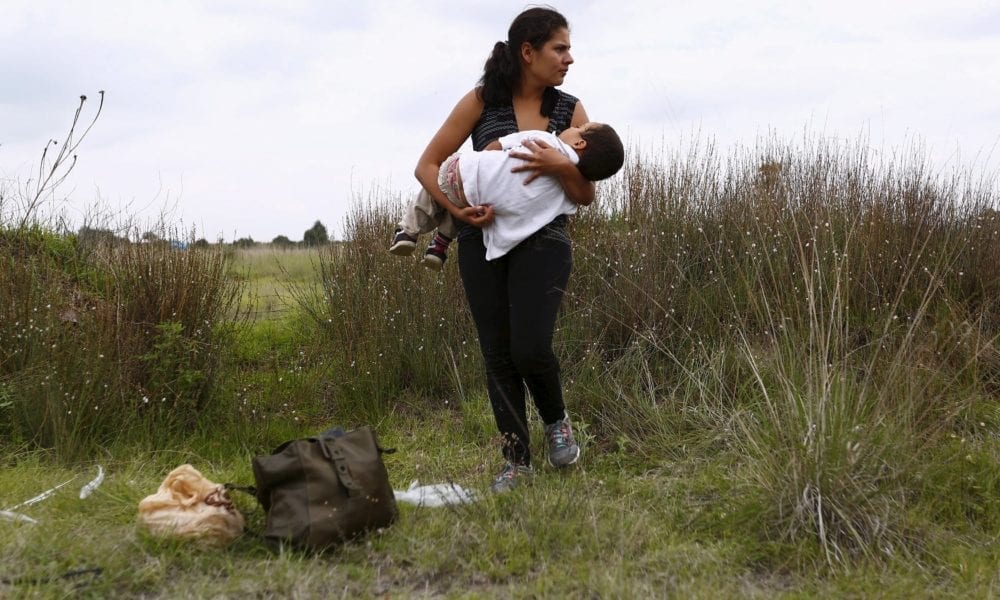 WASHINGTON, D.C. — A “zero tolerance” immigration policy that would prosecute families who attempt to cross the border and forcibly separate children from parents is malicious and unconscionable and the National Association of Social Workers (NASW) will press lawmakers to rescind this egregious action.

Attorney General Jeff Sessions on May 7 announced the zero tolerance policy for immigration into the United States. In announcing the policy, Sessions continued an unacceptable tendency to use language designed to demonize undocumented immigrants. For example, he characterized the parents seeking to escape extreme poverty and violence as “smugglers.” This paints the unfair picture that parents are criminals – not asylum seekers fleeing terrible conditions that include death threats against their families.

The “family separation policy” means that all adults will be referred to criminal court for prosecution and their children will be held in the same facilities as minors who came to the United States without their parents. Also, parents may not know where their children are placed.

This awful Department of Justice policy is fully supported by the White House and Department of Homeland Security (DHS). NASW adamantly disagrees with this approach to border security and urges a policy which strengthens and upholds families regardless of their country of origin.

The decision to separate children from their parents as soon as the parent crosses the border into the United States is both harmful and inexcusable. More concretely, the policy directly imperils the health and safety of immigrants.

It is wholly un-American to weaponize children as a deterrence against immigration. It is telling that officials from the Department of Health and Human Service (HHS) visited four military bases in Texas and Arkansas to determine whether they could be facilities to house immigrant children. This demonstrates the Trump Administration has a large-scale plan to increase prosecutions of adult undocumented immigrants and deliberately separate children from parents.

The government intends to send parents to detention facilities run by DHS while their children would go to holding facilities administered by HHS.

A plan to temporarily house children on military bases is alarming. However, it is even more concerning when we realize that the Department of Health and Human Services Office of Refugee Resettlement (ORR) lacks the resources and capacity to safely oversee the influx of children that is sure to result from this ill-advised family separation policy.

HHS and ORR have been criticized in the past for placing children at risk. A 2016 independent investigation found that more than two dozen unaccompanied children had been sent to homes where they were sexually assaulted, starved, or forced to work for little or no pay.

The investigation revealed that HHS did not complete thorough background checks on many adult sponsors, all of which led the Chicago Tribune to describe ORR as the “worst foster parent in the world.”

NASW highlights HHS’s problems to show how the emotional trauma inflicted on children removed from parents for reasons unrelated to abuse or neglect may be further exacerbated by placement in unsafe settings. ORR will now be asked to absorb perhaps tens of thousands more children into its overburdened system. The family separation policy is not only irresponsible but reflects a willful disregard for the safety and well-being of these children.

NASW unambiguously rejects the administration’s “zero tolerance” immigration policy. It is reprehensible that government officials at the highest levels believe that separating parents from their children is acceptable public policy.

More than 700 children have been taken from their parents since October 2017, including more than 100 children under the age of four. There is ample research demonstrating that family separation can cause long-term trauma leading to mental, physical, and educational development problems in children. For this and other reasons, this policy cannot continue.

We agree with members of Congress who have called for immediate hearings to require all heads of the Justice Department, DHS and HHS to explain and justify such an inhumane policy.

NASW also urges Congress use its constitutional authority to insist the Trump Administration rescind this ill-conceived mandate. We encourage all agencies and elected officials seek a safer future for these children by developing policy that protects them from the harms of separation from parents who violate U.S. immigration policy.