byJessica Spence
in LGBTQ, Mental Health, Social Work
0
ADVERTISEMENT
Share on FacebookShare on TwitterShare on LinkedinShare on PinterestShare via EmailShare on Reddit

Recently, three people have died by suicide in downtown Greensboro, North Carolina in less than a year by jumping off the top of a parking garage.  If three people have died just in one small area within Greensboro, how many die annually in North Carolina? The answer is a figure that is historically higher than the rest of the nation which averages of over a thousand suicides per year. 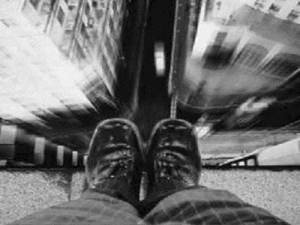 News-Record.com reported on the latest suicide committed by a 35 year old local woman on June 18, 2013:

When faced with suicides that make the local news or impact a loved one, we often ask ourselves how this could have been prevented.

Here are six factors that can help identify who is at risk for suicide.

1. A previous attempt:  It is estimated that for every completed suicide, there are anywhere from 11 to 25 attempts.  Hospitals see at least eight times more patients for self-inflicted injuries than the average number of suicides per year.  In the case of suicide, past behavior can be a predictor for future behavior.

2. Family:  Those with a family history of suicide are at higher risk.  Not only are genetic factors inherited from family, but maladaptive patterns of coping can be learned.  Some people may feel they are destined for suicide if those in generations past died from suicide.  Those who have experienced physical, sexual or emotional abuse in their families are also at risk.

3. Depression: Not all people who die by suicide are experiencing acute mental illness.  However, having a history of depression or other mental illness can make coping with everyday life difficult and is a risk factor.  Some studies cite that up to 90 percent of those who commit suicide have been diagnosed with depression or bipolar disorder.

6. Access to means: An immediate risk factor for suicide is one’s access to the means used to commit suicide.  Are there guns and knives in the home? Is medication being stockpiled? How likely is it that someone could access these things?

These are just a few risk factors.  Others include being bullied, PTSD/Military involvement, being male, incarceration, living in a rural community, physical illness, lack of treatment, hopelessness, and grief or loss.  As a graduate school professor once told me, “Suicide happens when the world throws a situation at you that you don’t have the resources to cope with besides death.” Any stressful situation may lead to someone considering suicide.

Be a good listener. Be non-judgmental. Offer hope that things can get better with help. Pay attention to mood and the risk factors listed above.

Don’t be afraid to ask “Are you thinking about suicide?” This shows you are not afraid of the situation and clears up any gray areas.

Offer to find local resources and help. Find a licensed mental health professional who can help.

Call 911 if situation is imminently life-threatening.

More about how to help a suicidal person here: