byDemecia Wooten-Irizarry
in Criminal Justice, Politics
0
ADVERTISEMENT
Share on FacebookShare on TwitterShare on LinkedinShare on PinterestShare via EmailShare on Reddit 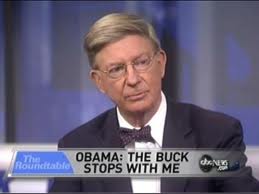 As I scanned newspaper opinions on the recent US Supreme Court’s decision to strike down section 4 of Voting Rights Act of 1965, political columnist George Will’s Washington Post article immediately stood out.  He proposes that Justice Anton Scalia might have referred to the name of the 2006 extension as the “Fannie Lou Hamer, Rosa Parks, and Coretta Scott King Voting Rights Act Reauthorization and Amendments Act.”   George Will stated upholding the United States Congress’ 2006 reauthorization would have been “anti-constitutional”.  What does he mean by “anti-constitutional”, and why not the “John F. Kennedy, Lyndon B. Johnson, and Martin Luther King Reauthorization and Amendments Act?”

The Voting Rights Act of 1965 (42 U.S.C.A. § 1973 et seq.) prohibits States and their political subdivisions from imposing voting requirements or preconditions to voting, as well as standards, practices, or procedures that deny or curtail the right of a U.S. citizen to vote because of race, color, or membership in a language minority group.  Congress based its power to approve voting procedures on the Fifteenth Amendment to the U.S. Constitution, which reads:

I would ask Mr. Will, why the reauthorization is “anti-constitutional”.  The 15th Amendment does not provide any specific formula nor does it require any specific benchmark for Congress to remedy its application. The decision by the Supreme Court is more of a legislative action rather than a judiciary explanation.

On April 28 of 1866, the “Joint Committee of Fifteen” voted in favor of a second draft proposed by Congressman John Bingham, which would eventually be adopted into the Constitution.  On May 10 of 1866 during the closing debate on the House floor, Congressman Bingham the primary author of the Privileges & Immunities Clause explained:

“[M]any instances of State injustice and oppression have already occurred in the State legislation of this Union, of flagrant violations of the guarantied privileges of citizens of the United States, for which the national Government furnished and could furnish by law no remedy whatever…”

The Fourteenth Amendment (Amendment XIV) to the United States Constitution was adopted on July 9, 1868.  The amendment addresses citizenship rights and equal protection of the laws, and was proposed in response to issues, as earlier indicated, related to former slaves following the American Civil War. The Fourteenth Amendment specified in Section 1 of the amendment, “All persons born or naturalized in the United States” as citizens of the United States were citizens of the state in which they reside. This section also prohibited state governments from denying persons within their jurisdiction the privileges or immunities of U.S. citizenship, and guarantees to every such person due process and equal protection of the law.

Sections 2 to 5 reflect the immediate concerns of the Union’s political leadership following the North’s victory over the South in the Civil War (1861–65). Section 2, for example, penalized any state that attempted to abridge (curtail) the voting rights of its black male residents by reducing the state’s representation in Congress (there were no female residents of any race afforded the constitutional right to vote in the United States until 1920). Section 3 prohibited from holding state or federal office any person who engaged in “insurrection or rebellion” or otherwise gave “aid or comfort to the enemies” during the Civil War. Section 4 reasserted the United States’ commitment to pay its Civil War debt, while declaring all debts and obligations incurred by the Confederate government as “illegal and void”. Section 5 enabled, and continues to enable, Congress to pass “appropriate legislation” to enforce the provisions of the Fourteenth Amendment.

Given the history and purposes of the 14th and 15th Amendments, the Justice Department should be confident in its administrative efforts to curtail any State’s attempt to abridge American citizen’s right to vote.

DeMecia Wooten-Irizarry is a retired social worker having had experience in non-profit management as well as with the state and federal legislature.